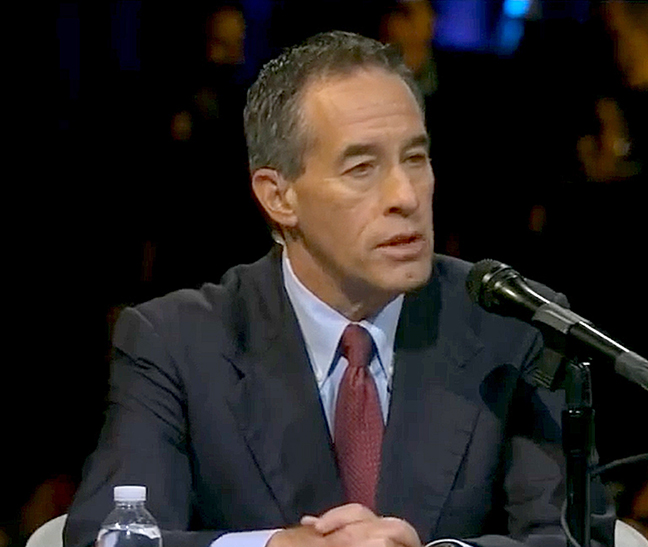 Neil Brown is a left-leaning journalist. Among other journalistic jobs, he has worked as the former editor of the Tampa Bay Times and as president of the Poynter Institute for Media Studies, and sits as a member of the Pulitzer Prize board.

Brown began his journalism career at the Miami Herald. [1] In 1988, Brown became the managing editor of Congressional Quarterly, a publication founded by Nelson Poynter and owned and operated by his Times Publishing Company. In 1993 Brown moved to the St. Petersburg Times (later renamed as the Tampa Bay Times), also owned by Times Publishing Company, as the world editor, eventually becoming the managing editor, executive editor, and finally editor in 2010. Under his tenure as editor, the Tampa Bay Times won six Pulitzer Prizes and launched the left-leaning fact-checking website Politifact. [2] In 1997, Brown was added to Times Publishing’s board of directors and became vice president of the organization in 2001. [3]

In 2015, Brown was elected to the Pulitzer Prize board, having already been a Pulitzer Prize juror four times. [4] His tenure on the board has included the award of the 2020 commentary prize to Nikole Hannah-Jones of the New York Times, for her work with the controversial 1619 Project. Critics have alleged that she ignored the view of a dissenting expert who was consulted by fact-checkers, utilized scholars with no expertise in the fields they were discussing, and that she surreptitiously deleted or altered parts of the project that had come under criticism without acknowledging the changes. [5] [6] [7]

In 2017 the Poynter Institute for Media Studies announced that Brown had been chosen as the organization’s new president. Poynter is the non-profit journalism education institution that also owns Times Publishing Company. When he became president the institute’s finances had been struggling, with multiple years of seven-figure losses, but were on an upward trajectory, and in 2018 the institute actually had a surplus of $736 thousand. [8] [9] Poynter’s 2018 tax filing indicates that Brown received $291,674 in compensation from the Institute and its related organizations. [10]

After assuming leadership of Poynter, Brown ushered in two notable major initiatives: the Poynter-Koch Media and Journalism Fellowship, and the Craig Newmark Center for Ethics and Leadership at Poynter Institute. The Craig Newmark Philanthropies’ $5 million donation was the largest single donation in Poynter’s history. [11]

Under Brown’s leadership, Poynter partnered with the Charles Koch Institute to launch the Poynter-Koch Media and Journalism Fellowship. This year-long fellowship is focused on assisting early-career journalists and educating them on First Amendment law, the foundations of a free press, media ethics, and other media and reporting skills. Participants are hired at partnering news organizations and participate in weekly virtual seminars with three in-person seminars throughout the year. In particular, Poynter is involved with the ethics curriculum of the fellowship. [12] [13] [14]

Craig Newman Center for Ethics and Leadership at the Poynter Institute

In 2019 Brown secured a $5 million grant from Craig Newmark Philanthropies to establish a media ethics center at Poynter. The center provides media ethics consulting to newsrooms and purports to bring interested parties together to combat disinformation and bias, though both Poynter and Newmark are aligned with left-of-center ideologies. [15] [16] Newman also provided the seed money for Poynter’s PolitiFact “fact-checking” initiative that has been accused of being biased in favor of left-of-center claims. [17] [18]