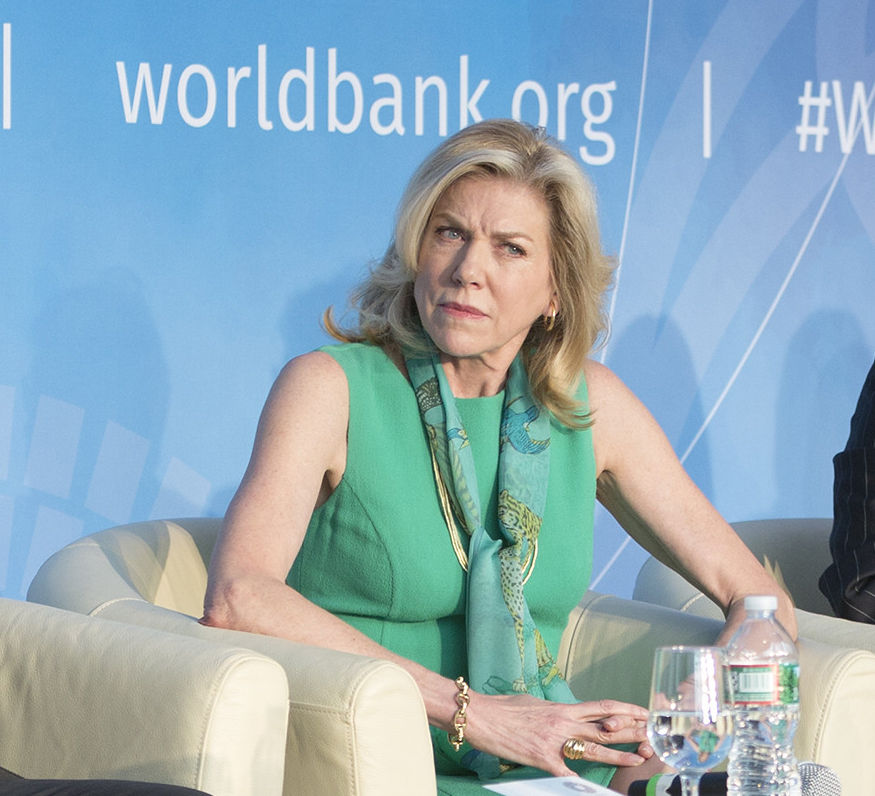 Lynn Forester de Rothschild is a British-American businesswoman and chief executive officer of the investment firm E.L. Rothschild, LLC. She is also the founder of the Coalition for Inclusive Capitalism, an alliance of business interests, activist groups, and political figures which aims to leverage market forces to implement left-of-center policy and cultural objectives.[1][2]

Forester has channeled her “inclusive capitalism” efforts into encouraging corporations to promote left-of-center ideology. In April 2021, she helped organize a meeting of more than 100 business leaders in the United States to pressure them to oppose proposed election-integrity laws in Georgia and several other states.[3]

Forester received her bachelor’s degree from Pomona College in Claremont, California in 1976 and her law degree from Columbia University in New York City in 1980. In 2000, Forester married her husband, international banker Evelyn de Rothschild, a member of the influential Rothschild family. The pair allegedly introduced celebrity lawyer Alan Dershowitz to Jeffrey Epstein, the alleged sex trafficker with alleged ties to numerous prominent persons.[4][5]

From 1984 to 2002, Forester held executive positions at several large telecommunications companies. In 2003, Forester’s husband Evelyn de Rothschild established the investment firm E.L. Rothschild LLC.[6] Forester has been the firm’s chief executive officer since its founding. The firm is a partial owner of the Economist Group, the media company which owns The Economist, a leading international affairs and finance magazine, as well as the cosmetics company Estee Lauder. From 2004 to 2007, Forester was also a co-chair of a joint US-Indian project for developing Indian agriculture.[7]

Forester is the founder of the Coalition for Inclusive Capitalism, an international nonprofit organization that pressures corporate executives and government officials to include left-of-center political and cultural priorities in their business dealings and policymaking. The coalition receives funding from organizations such as the Rockefeller Foundation and the Ford Foundation.[8]

Forester is a member of the Council on Foreign Relations, a leading international affairs think tank, as well as the Chatham House, a policy institute based in the United Kingdom. She previously served as a member of the National Information Infrastructure Advisory Committee and sat on the Secretary of Energy Advisory Board under former President Bill Clinton. Rothschild also sat on the United Nations Advisory Committee on Inclusive Financial Services from 2006 to 2011.[9]

In April 2021, Forester took part in organizing a conference of more than 100 American corporate executives to discuss strategies for opposing proposed election-integrity laws in Georgia and several other states. The organizers pressured the attendees to consider suspending donations to elected officials who supported the laws and to refuse to invest in states that passed such laws. Forester called it “our patriotic duty” to oppose election integrity initiatives, calling the conference “an essential act of inclusive capitalism.” Forester also argued that election security measures that might lead to reduced participation by ineligible voters posed a threat to “a thriving and secure capitalism.” Forester praised the executives who participated in the event.[10]

The Coalition for Inclusive Capitalism co-sponsored the conference with the Yale University School of Management and the Leadership Now Project, a left-of-center advocacy group which claims that elections in the United States are unfair.[11]