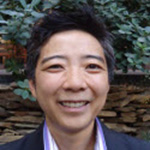 Yasui sits on the advisory board of the voter mobilization group Youth Engagement Fund, which is itself a subsidiary of the Democracy Alliance, a major network of prominent left-of-center donors. [4] She lives in New York City. [5]

Yasui attended Brown University for her undergraduate degree. In 2001, she received her law degree from the University of Pennsylvania School of Law. [6] [7] She co-authored an academic paper concerning the advancement of immigrant workers’ rights that was published in New York University’s Review of Law and Social Change, a journal formed by students and professors on the radical left in the 1960s which regularly prints papers on police abolition and critical race theory. [8] [9] [10]

Before joining George Soros’s Open Society Foundations in 2009, Yasui worked at a number of organizations including the National Employment Law Project, Chinese for Affirmative Action (CAA), and her own consulting firm, Luna Yasui Consulting. [11] According to Yasui’s biography at the Social Transformation Project, while at CAA she oversaw racial justice and immigrant rights advocacy initiatives and created the organization’s first LGBT rights project. As a practicing lawyer she mostly focused on labor-related problems, having spent time representing individuals receiving welfare who were legally barred from employment. [12]

From 2009 to 2012, Yasui worked as a program officer of Open Society Foundations’ Equality and Opportunity Fund, where she managed a portfolio of “gender justice” advocates, LGBT initiatives, and labor issue groups. [13]

Yasui joined the Ford Foundation in 2012 as the program officer of its Advancing LGBT Rights Initiative. [14] In 2014, under Yasui’s leadership, the Ford Foundation partnered with the Astraea Lesbian Foundation for Justice, the Arcus Foundation, and an anonymous donor to create the first “LGBTQ Racial Justice Fund.” Yasui made a statement on the occasion, expressing her happiness with the progress of the LGBT movement but her dismay at the lack of “baseline legal equality” for LGBT individuals in “vast swaths” of the United States, especially the “southeast.”

“Even in states with legal protections, there is a wide gulf between what the law promises and the daily experiences of LGBT people, especially people of color,” she added. The Fund’s initial action was to award $780,000 in grants to several LGBT groups in the American South. [15]

Yasui was promoted to senior program officer of the foundation’s Civic Engagement and Government division in January 2016. [16] In this role, she led young political organizers in creating groups to push left-of-center causes centered around calls for social and economic equity. [17]

Yasui is a member of the advisory board of the Youth Engagement Fund, an initiative of the left-of-center donor network Democracy Alliance. The advisory board provides financial and leadership advice to the group to assist in its funding and support of left-progressive youth voter mobilization groups. [18]