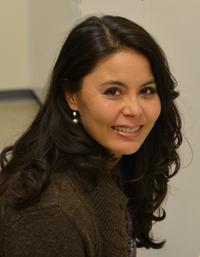 Lily Anne Welty Tamai is a left-leaning activist, author, and lecturer in Asian-American Studies at the University of California, Los Angeles. Tamai sits on the U.S. Census Bureau National Advisory Committee on Racial, Ethnic, and Other Populations (NAC), which has been criticized by right-of-center sources for its association with left-of-center ethnic affinity organizations. [1]

NAC provides advice to the director of the Census Bureau regarding surveys and programs. NAC advises the Census Bureau how to count and record populations that are traditionally difficult to access during the U.S. Census , including non-English speakers, new immigrants, the elderly, people affected by natural disasters, migrant communities, rural populations, people with limited access to technology, and complex households. [6]

In NAC’s 2021 fiscal report, NAC reported that it had produced approximately 439 recommendations in its lifetime, with approximately 69% being implemented. [7]

In its 2019 recommendations, NAC recommended several left-of-center changes for handling and conducting the 2020 U.S. Census. One such recommendation centered on the controversial issue of including a citizenship question on the census, which was heavily debated during former President Donald Trump’s time in office. Citing fears that illegal immigrants may not complete the census for fear of immigration enforcement, NAC recommended that the U.S. Census Bureau make special efforts to reach non-citizens and communities with high immigrant populations to encourage them to complete the census. [8]

According to an article by the right-of-center Heritage Foundation, left-leaning “ethnic affinity” groups, including the National Association of Latino Elected and Appointed Officials (NALEO) and Asian Americans Advancing Justice exert influence over NAC. [9] NAC echoed left-of-center claims that including a citizenship question on the 2020 census would “sabotage the census” by undercounting illegal immigrants. [10]

Tamai has supported left-of-center political stances. Tamai blamed former President Trump for an increase in hate-related incidents against the Asian American community. Tamai claimed that racism has always been present in the United States  and claimed that President Trump “really helped to fuel the fire.” [11]

Tamai grew up in Oxnard, California in a mixed-race home speaking both English and Japanese.  She obtained two bachelor’s degrees from the University of California, Santa Barbara and a master’s degree from California State University, Northridge. Tamai completed her master’s and doctorate in history at the University of California, Santa Barbara. [12] She was a Fulbright Graduate Research Fellow, where she conducted doctoral research in Japan and Okinawa. Tamai was also a fellow with the left-of-center Ford Foundation. [13]

Tamai is a career academic, working as a lecturer at the University of California, Los Angeles (UCLA) as of May 2021. [14] In 2015, UCLA implemented a diversity course requirement for undergraduate students. Tamai supported the measure, claiming that the elementary educational system’s alleged lack of diversity curriculum has made it such that some Asian-American students may not be familiar with their own histories. [15]

At UCLA, Tamai has taught Asian American Studies and Multiracial and Multiethnic Asian Americans courses. She is active in the UCLA Mixed Student Union and has assisted with the UCLA Southeast Asian Admit Program. [16]