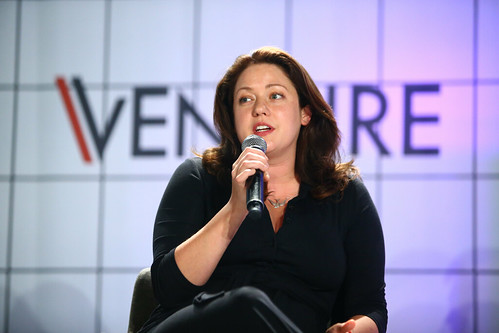 Liesel Pritzker Simmons is a member of the wealthy and politically involved Pritzker family and an impact investor and donor to left-leaning political causes. Pritzker Simmons and her husband have an estimated net worth of $600 million; her extended family is worth more than $29 billion primarily from its founding stake in the Hyatt Hotels Corporation. [1]

Pritzker Simmons is co-founder and principal of the Blue Haven Initiative, an impact investing firm that aims to bring about “social and environmental change” through its investments, particularly in sub-Saharan Africa. [2] She was formerly a child actress under the stage name Liesel Matthews. [3]

Liesel Pritzker Simmons was a child actress who starred in the 1995 remake of the film A Little Princess and alongside Harrison Ford in 1997’s Air Force One. Her stage name was Liesel Matthews, a nod to her younger brother, Matthew Pritzker. [5]

In 2002, she filed a $6 billion lawsuit against her father, the late Robert Pritzker, and her cousins, claiming she was unfairly excluded from the family fortune. Her brother later joined the suit, which spent years in the courts and led in part to the breakup of the Pritzker family’s business empire into 11 parts. It resulted in a $500 million payout for Pritzker Simmons, including control over her trust fund. [6]

After the conclusion of the lawsuit, she moved to India, where she volunteered at a nursery school and taught yoga to heroin addicts. [7]

In 2008, Pritzker Simmons returned to the United States and, along with her mother, Irene, co-founded the IDP Foundation, a grantmaking foundation with total assets of $58 million as of 2017. It primarily funds educational efforts in Africa. [8]

In 2011, Pritzker Simmons married Ian Simmons, worth an estimated $100 million, whose family owns the Montgomery Ward department-store chain and built the locks on the Erie Canal. Together, the two put $50 million of their fortune into the Blue Haven Initiative, a fund investing in African social and environmental businesses. Pritzker Simmons wrote on Twitter that the fund leverages “all types of capital to change the world!”[9]

Among Blue Haven’s investments is a startup in Africa that dries human fecal matter and turns it into burnable fuel. [10] Other investments have been made in African energy provider M-KOPA,[11] Kenyan homebuilder Karibu Homes,[12] and environmentalist energy provider PEG-Ghana. [13]

Pritzker Simmons has written that, through Blue Haven, she is attempting to prove the profitability of impact investing to other millennial wealth inheritors. [14]

In June 2019, Pritzker Simmons joined a group of 17 other wealthy signatories in signing a letter to the 2020 presidential candidates in support of a “wealth tax.” [15] Pritzker Simmons voiced support for Elizabeth Warren for the Democratic nomination, including her plan to place a 2% tax on assets of $50 million or more, and a further 1% on assets over $1 billion. [16]

She told Bloomberg that the signers of the June letter “thought it was important for people who would be affected by a wealth tax to come out publicly and say we want this, this is OK, this leads toward the America we want to see.” When presented with the fact that the federal government is prohibited by the Constitution from taxing property, which the wealth tax calls for, she said, “If your main argument is that it’s going to be hard, that’s a lazy argument. We can figure it out.” [17]

In interviews, she has criticized “generations of trickle-down economics” and stated that solutions to society’s problems are “up to our government – that’s what tax is for.” [18]

Her husband, Ian Simmons, when asked about conservative Laura Ingraham’s assertion that the letter signers should simply give money to the Treasury instead of imposing a new tax, said “Having a few of us write a few more checks to the Treasury is not going to create universal childcare or take a revolutionary approach to the climate crisis or retire student debt.” [19]