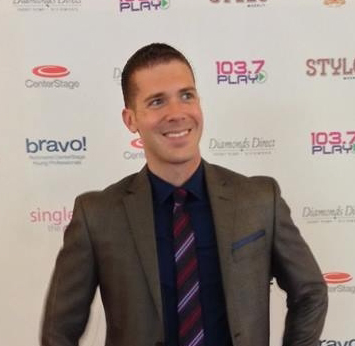 Justin Ayars is Virginia-based entrepreneur, lawyer, and LGBT-interests activist. Ayars is the founder and CEO of Equality Rewards, LLC, a software and data analytics company that specializes in LGBT consumer behavioral data. Ayars previously worked as the president and CEO of the Virginia Gay and Lesbian Chamber of Commerce, an organization which represents the interests of Virginia’s LGBT business community and its allies. [1]

Ayars has a law degree from George Mason University. During his studies, he conducted an independent study on international business law at the National University of Singapore. Ayars also has a bachelor’s degree in Political Science and International Relations from the College of William and Mary. [2]

Ayars would go on to teach history at a naval boarding school in England and practice insurance defense litigation. After working as a judicial law clerk at Norfolk Circuit Court, Ayars would later run a coffee shop in Williamsburg, Virginia and found an antique woodworking store. In 2012, he founded a restaurant in Richmond, Virginia. [3]

Ayars is the Founder and CEO of Equality Rewards, LLC. Equality Rewards uses artificial intelligence, machine learning, and data analytics to help brands develop personalized customer experiences for those in the LGBT community. It also offers consumers the ability to find LGBTQ-inclusive brands. [4]

It has offices in Richmond, Virginia and Washington, D.C. [5]

Founded in 2015, the company has gone by the name Q Media, LLC and Unite Virginia, LLC. [6]  Unite Virginia was founded by Ayars as a print and digital magazine to “connect LGBTQ readers across the commonwealth” and is was an offshoot of Unite Magazine, a national LGBTQ lifestyle publication. [7] In 2019, the company rebranded to Equality Rewards and shifted from a LGBT-focused media company towards software and data analytics. [8]

During his time as president of VGLCC, Ayars worked to promote LGBT economic advancement through advocacy efforts and was focused on bringing together Virginia-based LGBT businesspeople. [10]

In 2014, Virginia Governor Terry McAuliffe (D) announced the formation of a LGBTQ Tourism Task Force to drive economic development towards LGBTQ businesses in the state and awarded VGLCC a seat at the table. [11] Ayars also served as a facilitator on a LGBTQ marketing initiative and educational training program for local businesses in the Alexandria, Virginia region. [12]

From 2010 to 2018, Ayars was a Co-Founder and Director of Business Development and Communications of Umbrella Management Group, LLC. [13] Ayars founded the business to help enhance entrepreneurship in Virginia. [14] According to his 2014 resume, the business was more specifically a boutique consulting firm and its clients included the Virginia Opera Company, the Virginia General Assembly, and the Service Employees International Union (SEIU), one of America’s largest, most controversial, and most politically involved labor unions. [15]