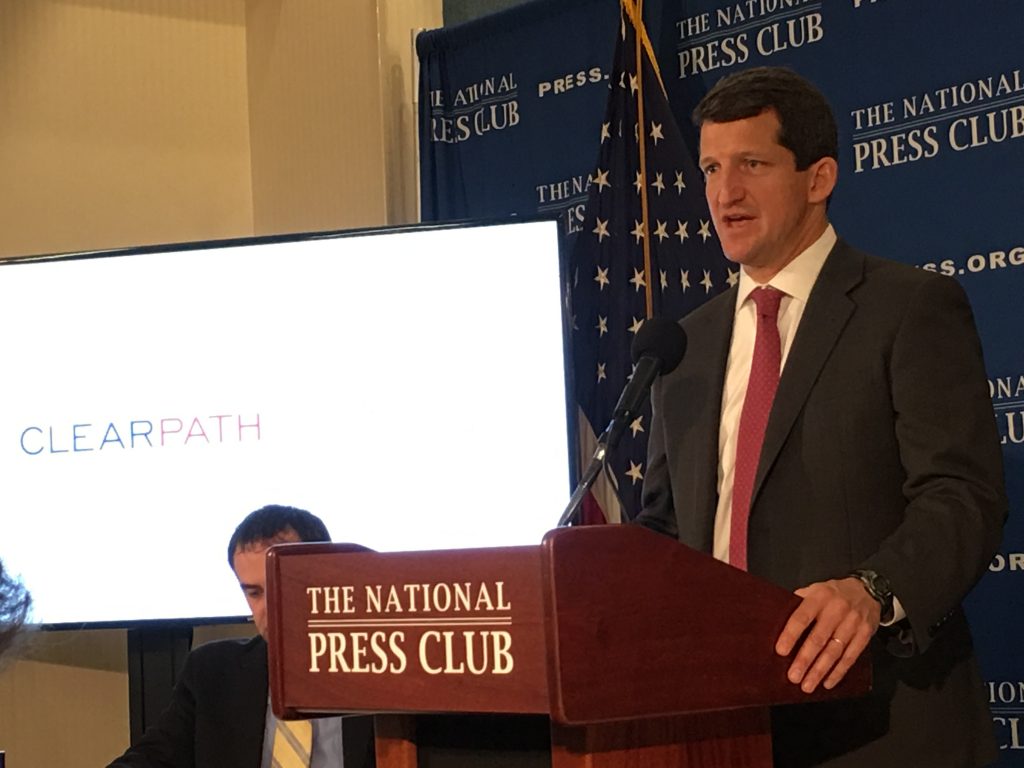 Jay Faison is a businessman, environmentalist and major contributor to the Republican Party who founded ClearPath in 2013, which is an organization that he says uses conservative principles to promote clean energy innovation. He was the founder and CEO of SnapAV, a supplier in the custom audio video industry, designing and distributing about 2,000 products. [1]

Faison took the $175 million from his sale of the company to start ClearPath to promote solutions to climate change. [2]

“As a conservative, I strongly believe it’s time to stop fighting about the climate problem and begin fighting about the solutions,” Faison asserted upon establishing the nonprofit. “If conservatives fail to put forward our own agenda, climate change policy will likely go the way of health care—the Democrats owned the answers, and we ended up with Obamacare.” [3]

Faison has been listed in Politico’s top 50 people influencing politics. He is the chairman of the American Flood Coalition, and a member of the Nuclear Energy Advisory Council.

Faison is the son of North Carolina real estate developer Henry Faison. The younger Faison said, “Working in the real estate business with my father I saw how crazy environmentalists can be.” [5]

Faison determined any long-term climate change policy would have to be reached on a bipartisan basis, so he launched a social media campaign trying to convince Republicans to worry about climate change. He later admitted the campaign was a waste of time and money and came across as preaching. Still, Faison has said there is an opening for “conservative clean energy solutions.” This comes through innovation instead of regulation, Faison said. He also said use of natural gas is key to reducing carbon emissions. [6]

Faison is a firm believer that human-made climate change is a serious problem that requires action. [7] He has written, “Climate change is real and industrial activity around the globe is contributing to it. … Any real progress in addressing climate change, especially in divided government, will depend on a realistic agenda built on pushing better technologies around the world that can expand quickly and affordably, give us a balanced mix of low carbon sources, perform better, and are cheaper than the alternatives, so that the rapidly developing world chooses them instead of more emitting technologies.” [8]

Faison came out strongly against the Green New Deal in a Fox News op-ed in March 2019, asserting, “It is neither technologically nor politically feasible and doesn’t solve for the fact that global emissions are rising because of China, India and other rapidly-developing nations.” [9] Faison was also a strong critic of the Obama administration’s Clean Power Plan. [10]

He continued in the Fox News piece:

Faison describes himself as a “fiscal conservative,” and a “nondenominational Christian.” At different points in the 2016 presidential cycle, Faison supported Lindsey Graham and Jeb Bush. He also contributed to the 2016 campaigns of Republican Sens. Rob Portman of Ohio, Kelly Ayotte of New Hampshire, and Senate Majority Leader Mitch McConnell of Kentucky. He also backed Rep. Elise Stefanik of New York. [12]

His political action committee in 2018 contributed to Republican Reps. Carlos Curbelo of Florida, Steve Knight of California, Scott Taylor of Virginia, Brian Mast of Florida, Thomas Reed of New York, Fred Upton of Michigan, and Erik Paulsen of Minnesota. His PAC also funded the Senate campaigns of Dean Heller of Nevada and Martha McSally of Arizona. [13]