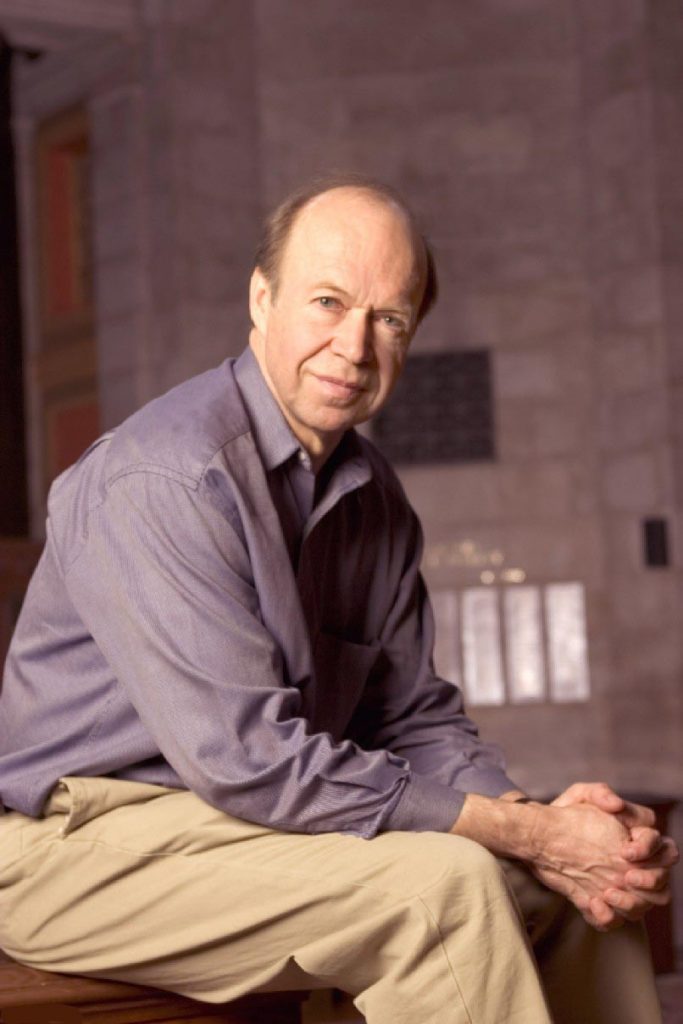 James E. Hansen has been called the “father of climate change awareness.” Hansen, a former NASA scientist, is a climate change political activist. He has been arrested several times outside the White House while protesting mining and the Keystone XL pipeline.[1] Hansen was critical of President Barack Obama’s climate policy, saying that Obama was insufficiently protective of the environment. Hansen has also expressed his dissatisfaction with President Donald Trump’s climate policy suggestions.

Hansen has been described as being one of the first scientists to make climate change a major national political issue by appearing before Congress several times in the 1980s. Hansen famously criticized the Paris Climate Accords, calling it “fraud” because it didn’t go far enough.[2] Hansen warned that the planet may be nearing the point of no return if emissions are not reduced by at least 6 percent per year.[3] Hansen has called for a global tax on carbon and a shift toward renewable energy.[4]

Hansen studied at the University of Iowa under Dr. James Van Allen and his space science program;[5] he graduated with a bachelor’s degree with highest distinction in physics and mathematics, a master’s degree in astronomy, and a Ph. D. in physics in 1967.[6] From 1965 to 1966 Hansen was a visiting student at the Institute of Astrophysics, University of Kyoto and Department of Astronomy, Tokyo University in Japan.[7] In 1969 Hansen was a National Science Foundation post-doctoral scientist at Leiden Observatory under Professor H.C. van de Hulst.[8] He has spent the remainder of his post-doctoral career at the NASA Goddard Institute for Space Studies and Columbia University.[9]

Hansen currently works as an Adjunct Professor of Earth and Environmental Studies at Columbia University’s Earth Institute, where he directs a Climate Science, Awareness and Solutions program.[10] He formerly served as Director of the NASA Goddard Institute for Space Studies.[11] Hansen worked for two years as a National Academies of Sciences – National Research Council Resident Research Associate at the Goddard Institute for Space Studies in New York, from 1967-1969.[12] He then worked as a Postdoctoral Fellow at Leiden Observatory in the Netherlands for one year.[13] Following that, Hansen served as a research associate at Columbia University.[14] From 1972 until 1981, Hansen worked at the Goddard Institute for Space Studies as a space scientist and later Manager of the Planetary and Climate Programs.[15] He then went to work as an Adjunct Associate Professor at Columbia University in the Department of Geological Sciences.[16]

Hansen left NASA in 2013 after claiming that NASA management tried to silence him. Hansen spoke at a 2005 American Geophysical Union meeting and stated that the earth will be “a different planet” if the United States government does not take action to cut global greenhouse gas emissions.[17] In 2006 Hansen told Andrew Revkin of the New York Times that he was warned of “dire consequences” if he continued to make controversial statements about the climate and the future of the planet.[18] Hansen claimed that he was loyal to NASA’s mission statement “to understand and protect our home planet.”[19] NASA responded by issuing an agency-wide statement clarifying that its public affairs officials were not “to alter, filter or adjust engineering or scientific material produced by NASA’s technical staff.”[20] Additionally, NASA’s mission statement was changed to read in part “to pioneer the future in space exploration, scientific discovery and aeronautics research.”[21] On his retirement from NASA, Hansen said it “was a source of friction. I held on longer than I wanted to, by a year or two.”[22]

At the start of his research career, Hansen, using telescopic observations, extracted detailed information on the physical properties of the cloud and haze particles that surround Venus.[23] Since the mid-1970s Hansen has shifted his focus to studies and computer simulations of the Earth’s climate.[24] His purpose is to better understand the impacts that humans have on the global climate and environment.[25] In 1980, Hansen spoke about climate change before Congress, helping to raise awareness about global warming.[26] Hansen has worked to broaden awareness of the danger of passing climate tipping points, producing irreversible climate impacts.[27] Hansen has outlined the steps necessary to stabilize the climate and clean the atmosphere and oceans.[28] He emphasizes the need for the public to urge the government and industry to enact such public policies.[29]

Hansen’s most recent research was met with controversy. His recent paper focuses on past climatic conditions, recent observations, and future predictions, warning of the melting of the Antarctic and Greenland ice sheets and rising sea levels.[30] Titled “Ice melt, sea level rise and superstorms: evidence from paleoclimate data, climate modeling, and modern observations that [2 degrees Celsius] global warming could be dangerous,” it was published in Atmospheric Chemistry and Physics.[31] The paper was co-authored with 18 scientists from across the world.[32] It claims humanity cannot adjust to the projected environmental changes and argues that the UN’s assessment on climate change and rising sea levels is too conservative and doesn’t accurately predict the changes that may occur.[33] Hansen’s paper was originally published without peer review, causing some scientists to question the claims being made. It has since undergone the peer review process, but some are still skeptical of Hansen’s assumptions.[34]

In 1995, Hansen was elected to the National Academy of Sciences. He has won numerous awards and medals.[35] Hansen was the recipient of the Heinz Award for environmental activism, and the American Geophysical Union’s Roger Revelle Medal. Hansen was awarded the World Wildlife Federation’s Conservation Medal from the Duke of Edinburgh in 2006. In 2006 Hansen was also listed in Time magazine’s world’s 100 most influential people. In 2007 Hansen won the Dan David Prize in the category Quest for Energy, the Leo Szilard Award of the American Physical Society for Use of Physics for the Benefit of Society, and the American Association for the Advancement of Science Award for Scientific Freedom and Responsibility. In 2008 Hansen won the Common Wealth Award for Distinguished Service in Science, the Ohio State University’s Bownocker Medal, and the Desert Research Institute’s Nevada Medal. In 2009 Hansen was awarded the American Meteorological Society’s Carl-Gustaf Rossby Research Medal. Hansen received the Sophie Prize and the Blue Planet Prize in 2010.[36] In 2011, Hansen was awarded the American Association of Physics Teachers Klopsteg Memorial Award for his work in communicating physics to the general public. He also received the Edinburgh Medal from the City of Edinburgh at the Edinburgh Science Festival. In 2012, Hansen was awarded the Steve Schneider Climate Science Communications Award and the 2012 Foreign Policy designation as one of the Top 100 Global Thinkers. In 2012, Hansen delivered a TED Talk titled “Why I Must Speak Out About Climate Change.”[37] Hansen received the Ridenhour Courage Prize in 2013.[38]