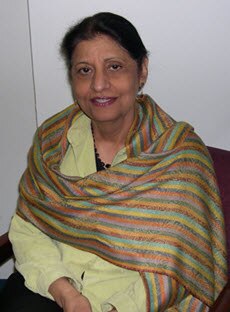 Inderdeep Chatrath is an academic administrator who works as Assistant Vice President for Affirmative Action and Equal Opportunity at Duke University in Durham, North Carolina. Chatrath is a leader in the academic affirmative action community. Chatrath also sits on several regional and national advisory boards, most prominently the National Advisory Committee on Racial, Ethnic, and Other Populations for the United States Census. [1]

Most notably, Chatrath was appointed under the Obama administration to sit on the National Advisory Committee on Racial, Ethnic, and Other Populations for the United States Census, a 32-person committee which advises the Census Bureau on “topics such as language, the aging and hard-to-reach populations, race and ethnicity, and American Indian and Alaska Native tribal considerations.” [2]  Chatrath was nominated by the American Association for Access, Equity and Diversity,[3] a professional association of affirmative action administrators. [4]

During her time at Duke University, Chatrath has been responsible for managing programs surrounding harassment prevention, diversity, and disability management. She also is responsible for collecting and analyzing data around race and diversity for Duke to report to federal agencies. She also teaches in Duke’s Executive Certificate in Nonprofit Leadership Program. [5]