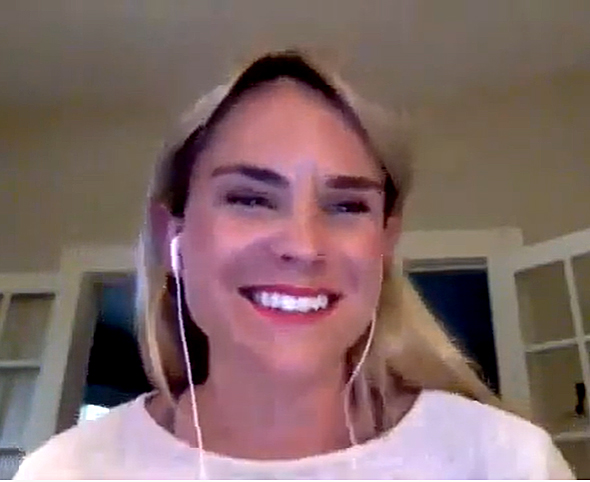 Aftyn Behn is a far-left activist and the Campaign Director for advocacy group RuralOrganizing.org. [1] She was previously the statewide Indivisible organizer for Tennessee and Kentucky. She is most notable for being removed from the Tennessee Capitol for yelling at the speaker of the state House of Representatives from the gallery[2] and for writing that Tennessee is a “racist state.” [3]

Aftyn Behn has been a statewide community organizer in several groups in Tennessee and Kentucky, most prominently Indivisible. [4]

In 2019, Behn pushed a progressive primary challenger for U.S. Rep. Jim Cooper (D-TN)., because Cooper lacked ideological purity. Behn highlighted Cooper’s lack of support for far-left policies such as government-controlled healthcare (“Medicare for All”), socialist environmentalist policies such as the Green New Deal and for impeaching President Donald Trump. Behn stated she was looking for a “southern A.O.C.,” referring to left-wing U.S. Representative Alexandria Ocasio-Cortez (D-NY). [5]

As of 2022, Behn joined RuralOrganizing.org and became its Campaign Director. [6]

Behn wrote in March 2019 that: “Tennessee is a racist state. Racism is in the air we breathe, permeating the Tennessee State Capitol, codified in the legislation being passed at the detriment of women, communities of color, and the working poor.” [7]

She then went on to mix matters relating to race—such as the legacy of the Ku Klux Klan—with matters separate from race, such as Medicaid. She wrote: “Until the legislature and administration take serious steps to stand up to racism in this state by expanding Medicaid, removing the bust of the founder of the KKK, and addressing poverty with policy, then we will continue to be loud, disrupt, cause chaos, and speak truth to the racist powers that grip our state, because we’re sick and tired.” [8]

Behn and other women camped outside of the state capitol office of Tennessee Gov. Bill Lee (R) in the state Capitol for more than 30 hours, as part of “Enough is Enough.” [9] The women had demanded the resignation of state Rep. David Byrd (R-Waynesboro) who is accused of sexual misconduct. Behn and the other demonstrators were removed. [10]

In August, Behn reportedly began shouting at then-House Speaker Glen Casada (R-Franklin) from the gallery of the state House of Representatives. She was removed by police here too, reportedly cited for her conduct, and then released. [11]