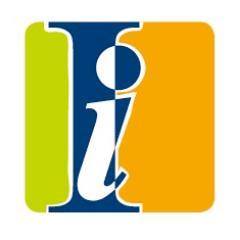 This is a logo owned by Independence Institute for infobox. (link)

Not to be confused with the Independent Institute, a California-based center-right think tank.

The Independence Institute is an affiliate member of the State Policy Network, a coalition of free-market state-level policy organizations. [2]

The Independence Institute (II) is a non-partisan public policy think tank that promotes free enterprise, limited government, and individual liberty. II’s policy centers produce research and analysis supporting a free-market, pro-individual-liberty agenda and use litigation, coalition building, and ballot initiatives in order to push for change in law and policy. [3] Areas of research include education, energy, healthcare, fiscal policy, the right to arms, and constitutional studies. [4]

II promotes the FASTER (Faculty/Administrator Safety Training and Emergency Response) training on its website. FASTER is a non-profit organization that trains teachers and school administrators “to stop school violence quickly” and provide medical aid. While FASTER does not explicitly call itself a firearms training program, a Colorado Concealed Handgun Permit is required to participate. [8] II staff member Laura Carno is the executive director of FASTER. [9]

II’s Energy and Environmental Policy Center (E2P) advocates for a free-market energy economy where individuals are free to choose their own resources for energy, with limited government regulations. II claims that a free-market energy economy will stimulate innovation in developing domestic energy while maintaining a clean environment. [10] In 2017, II was criticized for its “Earth Day Fossil Fuels Art Contest” encouraging entries that illustrated “the awesomeness of fossil fuels.” [11]

II’s Fiscal Policy Center uses its research to promote policies supporting free market and limited government principles. [16] II supports Colorado’s Taxpayer’s Bill of Rights (TABOR) Amendment, passed in 1992, which gives voters the choice to approve or reject tax increases. II claims, however, that the Colorado Supreme Court has “never treated [TABOR] fairly,” as it continually creates anti-TABOR precedent and often allows for taxes to be collected by calling them “fees.” [17]

The Fiscal Policy Center argues against policy that raises Colorado’s minimum wage and presents research showing that wage increases have already hurt low-wage workers, claiming that workers’ hours have been cut as a direct result of these increases. [18]

II’s Constitutional Studies Center claims its research and Constitutional scholarship, published as books, articles, and legal briefs, has “enormous influence” on constitutional law cases, policy makers, and activism. [19] II supports the electoral college to elect U.S. presidents and claims that the National Popular Vote Interstate Compact (NPIV) is unconstitutional. [20] Despite II’s arguments against NPIV, in 2020 Colorado voters supported Proposition 113, which will give the state’s electoral votes to the presidential candidate who wins the popular vote, contingent on enough other states joining NPIV. [21]

Jon Caldara serves as president of the Independence Institute. Caldara formerly served on the board of the Regional Transportation District. [25] In 2005, Caldara received the Thomas Roe Award from the State Policy Network. [26]

Pamela Benigno serves as the director of II’s Education Policy Center. Benigno formerly served on the implementation committee of the Colorado State Board of Education’s school voucher program and on the Douglas County School Choice Task Force. [27]

Laura Carno is the executive director of FASTER Colorado. [28]

Linda Gorman directs of II’s Health Care Policy Center and as a member of the Colorado Commission on Affordable Health Care. [29]

Dave Kopel is the research director of II and as an associate policy analyst at the Cato Institute. Kopel formerly served as an assistant attorney general for the State of Colorado. [30]

Shayne Madsen works as the director of II’s Political Law Center and as local counsel for the Institute for Justice. [31]

Ben Murrey is the director of fiscal policy at II. Murrey formerly served as a Senate staffer and a legislative aide for Senator Ted Cruz (R-TX). [32]

Randal O’Toole works as the director of the transportation policy center at II and as a senior fellow at the Cato Institute. [33]

Dennis Polhill is senior fellow in public infrastructure at II and as chair of the Colorado Term Limits Coalition. Polhill formerly served as a delegate to the Governor’s Statehouse Conference on Small Business and helped create the Colorado Coalition for Fair Competition. [34]

Paul Prentice serves as a senior fellow in II’s Fiscal Policy Center. Prentice formerly served as chief macroeconomist at the Department of Agriculture under President Ronald Reagan, visiting scholar at the Department of Treasury, and as a member of the board of the Limited Government Forum. [35]

Amy Oliver Cooke formerly worked as executive vice president of II and director of its Energy and Environmental Policy Center. Cooke is the CEO of the John Locke Foundation, the founder of Coalition of Ratepayers, and sits on the national advisory board of the Steamboat Institute. Cooke served on President Donald Trump’s transition team for the Environmental Protection Agency and is a former senior fellow with the Independent Women’s Forum. [36]

Dick Wadhams is a Republican political consultant and the former chair of the Colorado Republican Party. [37]

The rest of the board is comprised of Catherine Shopneck, Chair, Katherine Whitcomb, Vice Chair, Debbie Donner, Mike McCarty, and Joseph Smith.