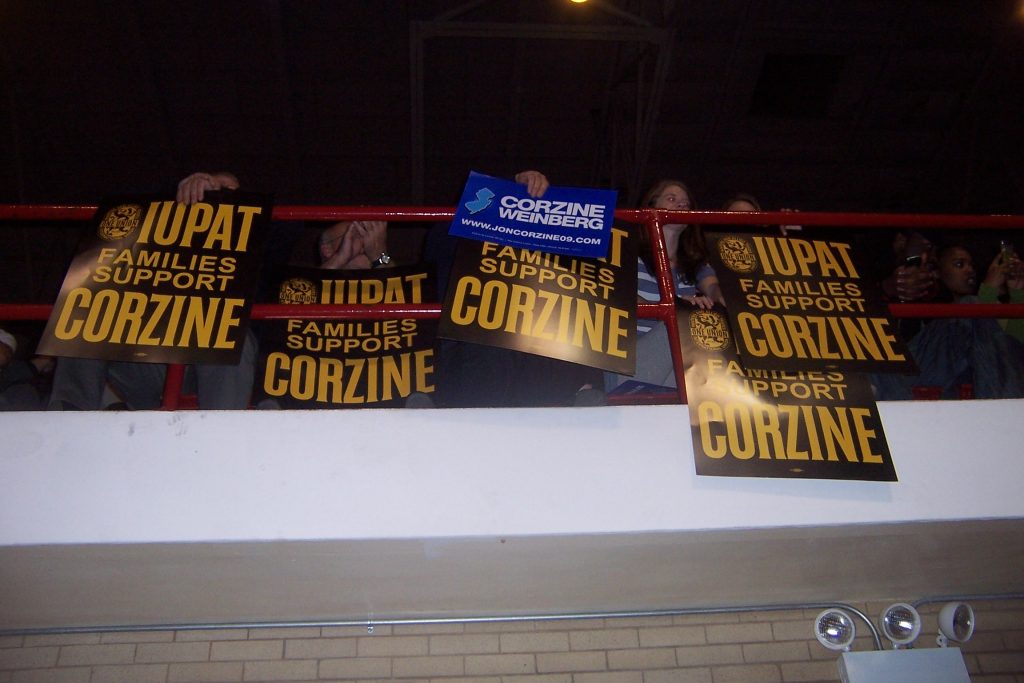 International Union of Painters and Allied Trades (IUPAT) is a labor union representing North American workers in the finishing trades such as painters, drywall finishers, wall coverers, glaziers, glass workers, and sign makers. [1] As of August 2022, it claimed to represent more than 160,000 members both active and retired. IUPAT engages in left-leaning political activism and advocacy in addition to securing benefits for its members. [2]

International Union of Painters and Allied Trades was founded as the Brotherhood of Painters and Decorators of America in 1887. A year later it was operating as a centralized union with 100 local unions and more than 7,000 members. [3]

International Union of Painters and Allied Trades runs an initiative called Community Organizing for Real Economics, an advocacy platform for left-of-center economic causes such as the “fight to maintain affordable housing in urban development,” “end income inequality and its effect on our industries and communities,” “protect the environment,” and “fight[ing] discrimination and promot[ing] civil and human rights.” [5]

Through its education department, called the Finishing Trades Institute International (iFTI), IUPAT hosts classes to “reach the youth” and inform them that the union offers an “accredited apprenticeship program and an associate’s degree” while working in the industry. In August 2022, IUPAT chapters were hosting classes in Carnegie, Pennsylvania, Merrillville, Indiana, and Evansville, Indiana. [6] iFTI’s stated purpose is to “develop and expand” the finish trades workforce and “oversee the apprenticeship training programs” in North America. [7]

IUPAT has forms on its website to help its supporters register to vote (with a picture of a “Hillary 2016” sign featured on the page). [11] In a different article, IUPAT claimed that 10 states had “restrictive voting laws” in the 2016 election designed to prevent people from voting, and argued that voter fraud is “mostly a myth,” citing a Washington Post article. [12]

IUPAT has an article dedicated to the fight against wage theft, which it calls a “major problems in the United States.” The article cites several statistics on wage theft, singling out Latino-Americans as the most highly affected identity group, from a study conducted by researchers at the National Employment Law Project, the Center for Urban Economic Development at the University of Illinois at Chicago, and the UCLA Institute for Research on Labor and Employment. IUPAT states that it voluntarily represents workers that have experienced wage theft by collecting money toward their attorney fees and connecting them with its representatives and community partners. The union encourages people who are or know someone who has been a victim of wage theft to contact its offices for support. [13]

In August 2021, International Union of Painters and Allied Trades released a statement arguing that the labor movement should “lead by example” in agreeing to COVID-19 vaccine mandates, at a time when most unions were negotiating vaccine requirements at the bargaining table. IUPAT general president James A. Williams Jr. said, “We feel COVID is a true health and safety risk on the job site” and that “if employers mandate it, we want to be supportive.” He further added that the union would be “crazy” to not have its workforce vaccinated. [14]  Cohen, Rachel M. “Building Trades Union Imposes Vaccine Mandate on Itself.” The American Prospect. August 25, 2021. Accessed August 7, 2022. https://prospect.org/labor/building-trades-union-imposes-vaccine-mandate-on-itself/.[/note]

On March 3, 2022, a statement from Williams was included in a White House round-up of positive statements following President Joe Biden’s State of the Union address. Williams praised Biden for his “strong advocacy for the working class” and his support for the PRO Act and government infrastructure projects. [15]

IUPAT reported spending at least $1.5 million on hotel and conference services in 2018, according to tax filings: $852,526 was spent at the Omni Orlando Resort in Championsgate, Florida, and $673,580 at the Marriott International in Bethesda, Maryland, just outside of Washington, D.C. [17] [18]

As of August 2022, the IUPAT is led by general president James A. Williams Jr., who was elected to the position in August 2021. [19] Regional general vice presidents included Paul Canning of the “Eastern Region,” Mike Gutierrez of the “Western Region,” Charlie Meadows of the “Central Region,” and Robert Kucheran representing Canada. [20] Former general presidents retaining emeritus roles include Kenneth E. Rigmaiden, James A. Williams, and A.L. “Mike” Monroe. [21] According to IUPAT’s tax filings from 2018, Rigmaiden as general president made $387,876. [22]