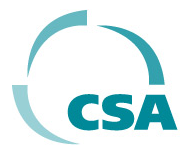 This is a logo for Council of School Supervisors & Administrators. (link)

The Council of School Supervisors and Administrators is a labor union for principals and other administrators in the New York City public school system. It has over 6,000 currently employed members on whose behalf the union undertakes negotiations and collective bargaining. [1]

The organization currently has 6,100 members who are currently employed, and another 10,000 members and members’ spouses who are retired. [3]

The union has a pollical action committee that is funded by opt-in payments by members that undertakes lobbying at the state and city level. [4]