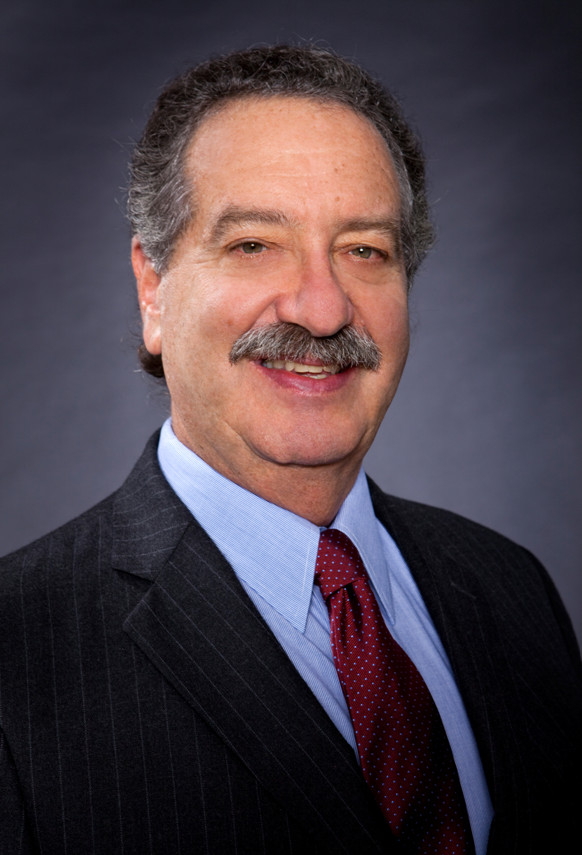 Donald Sussman, born Selwyn Donald Sussman, is a hedge fund executive who funds Democratic Party  political campaigns and left-of-center activist groups. [1] Sussman is the founder and chief investment officer of the Paloma Partners Management Company, a hedge fund based in Greenwich, Connecticut. [2] He is also the founder of Trust Asset Management, an investment advisory firm, as well as New China Capital Management. [3] New China manages the Cathay Funds, a group of firms that invest in Chinese corporations. [4] Sussman sits on the board of the Center for American Progress, a major left-of-center think tank. [5]

Sussman has come under scrutiny for his business and political activities. In 2016, leaked documents identified him as the director of an apparent shell company located in the British Virgin Islands, an overseas territory of United Kingdom which Business Insider called “the world’s top tax haven.” [6][7] In 2019, the Federal Bureau of Investigation issued him a subpoena related to the Bureau’s investigation into former Florida Democratic gubernatorial candidate Andrew Gillum. [8]

In 1981, Sussman married Laurie Tisch, the daughter of billionaire investor Laurence Tisch, but the two eventually separated. In 2011, Sussman married U.S. Representative Chellie Pingree (D-ME), who previously served as president of the left-of-center advocacy group Common Cause. [9] In 2015, Sussman and Pingree announced that they had separated and would be getting divorced. [10]

Sussman received his Bachelor of Science and Master of Business Administration degrees from New York University. [11]

The yachting database SuperYachtFan.com estimates Sussman’s net worth at $500 million. [12]

Sussman demonstrated an aptitude for investing in his youth in the 1950s, when he correctly predicted that Fidel Castro’s ongoing communist insurrection in Cuba would disrupt Cuban sugar exports and increase prices. He bought shares of an American sugar company and made a significant profit. [13]

He founded the hedge fund Paloma Partners in 1981. [14] The firm ran into trouble in 1998 due to the collapse and subsequent bailout of a major fund called Long Term Capital Management. Paloma Partners announced that it had lost as much as 25 percent of its value, but Sussman made an appearance on CNN to reassure investors. The Sunlight Foundation reported that Sussman managed approximately $8 billion in assets through Paloma Partners and other firms as of 2012. [15]

Sussman founded the private equity company New China Capital Management in December 2003. [16] The company operates three private funds and manages more than $670 million in total assets. Paloma Partners is a limited partner of New China. [17] U.S. Rep. Chellie Pingree (D-ME), who was married to Sussman from 2011 to 2015, acknowledged in a 2012 financial disclosure statement that she had invested in both New China and its affiliated funds. [18]

In March 2012, Sussman acquired a 75 percent share of the newspaper publishing company MaineToday Media using his firm Maine Values LLC. The deal also gave him a seat on the company’s board of directors. While Sussman said he was “not going to interfere” in editorial decisions, some Republican state legislators and policymakers raised concerns about potential conflicts of interest. [19] In April 2015, Sussman announced that he was selling the paper to Maine businessman Reade Brower, who owned several other newspapers across the state. [20]

As of October 2020, Sussman has given a total of $22.3 million to various political campaigns, with all but $5,600 of his contributions going to Democratic Party candidates. [21] Employees of Sussman’s hedge fund, Paloma Partners, have given more than $107 million to political causes since 1990. [22] More than 99 percent of their contributions to congressional races went to Democrats. [23]

In January 2020, Politico identified Sussman as one of the “megadonors” backing a Democratic Party initiative to win state legislature races in order to gain influence over the redistricting process following the 2020 census. Politico reported that Sussman, along with left-of-center billionaire George Soros, was bankrolling the Democratic Party’s $50 million campaign to secure more favorable congressional district boundaries using state legislatures. [24]

In August 2020, the South Florida Sun-Sentinel reported that Sussman had contributed more than $800,000 to the campaign of Broward County, Florida, Sheriff Gregory Tony (D). [25] Tony defeated Scott Israel (D), the former county sheriff who ran for his old job after being suspended by Governor Ron DeSantis (R-FL) for his handling of the 2018 Parkland school shooting. [26]

The Massachusetts Institute of Technology Sloan School of Management grants a $100,000 award named after Sussman to individuals or groups who achieve success in investing. [27]

In October 2010, the Maine Republican Party accused Sussman and his wife, Rep. Chellie Pingree (D-ME), of ignoring conflicts of interest. Republican leadership filed a complaint claiming that Pingree’s use of Sussman’s private jet violated the Federal Election Campaign Finance Act of 1971, which bars lawmakers from taking private aircraft to campaign events. A Republican spokesperson pointed out that Pingree had only announced that she and Sussman were getting married after she was accused of ethics violations. The spokesperson also questioned her claim that they had been engaged for two years, noting that her press secretary had initially claimed to be unaware of the engagement. [28]

In December 2012, the Sunlight Foundation published an article bringing attention to the financial relationship between Sussman and Pingree. The article reported that both Sussman and his employees had made large contributions to Pingree’s campaigns starting in 2007. Paloma Partners employees gave more than $164,000. Employees of Caremi Partners, another firm owned by Sussman, gave more than $40,000. A woman who listed Sussman’s home as her address and claimed to work as a housekeeper for Caremi gave a total of $3,000, and two men claiming to work as pilots for the firm donated $4,800 each. A man named Antonio Ferrara, who claimed to work as a chauffeur for Paloma Partners, gave $2,400. A person with the same name but claiming to be an “investment manager” for a firm called “Carmeri Partners” gave $2,300. A spokesperson for Pingree responded to the Foundation’s reporting by comparing it to a “right-wing attack piece. [29]

In May 2016, the Washington Free Beacon reported that documents leaked to the International Consortium of Investigative Journalists identified Sussman as a director of Simply Radiant Limited, a company based in the British Virgin Islands. The article also reported that the leaks identified Paloma Partners as a Simply Radiant shareholder. The Beacon said that “it was not immediately clear what exactly Simply Radiant is or does” and called it a “shell company.” The Beacon also noted that CAP, where Sussman is a board member, had previously criticized the practice of using tax shelters. [30]

In June 2019, the Tampa Bay Times reported that the Federal Bureau of Investigation had issued a subpoena to Sussman as part of a federal investigation centered on former Florida Democratic gubernatorial candidate Andrew Gillum. Sussman had donated $1.5 million to Gillum’s campaign. [31]