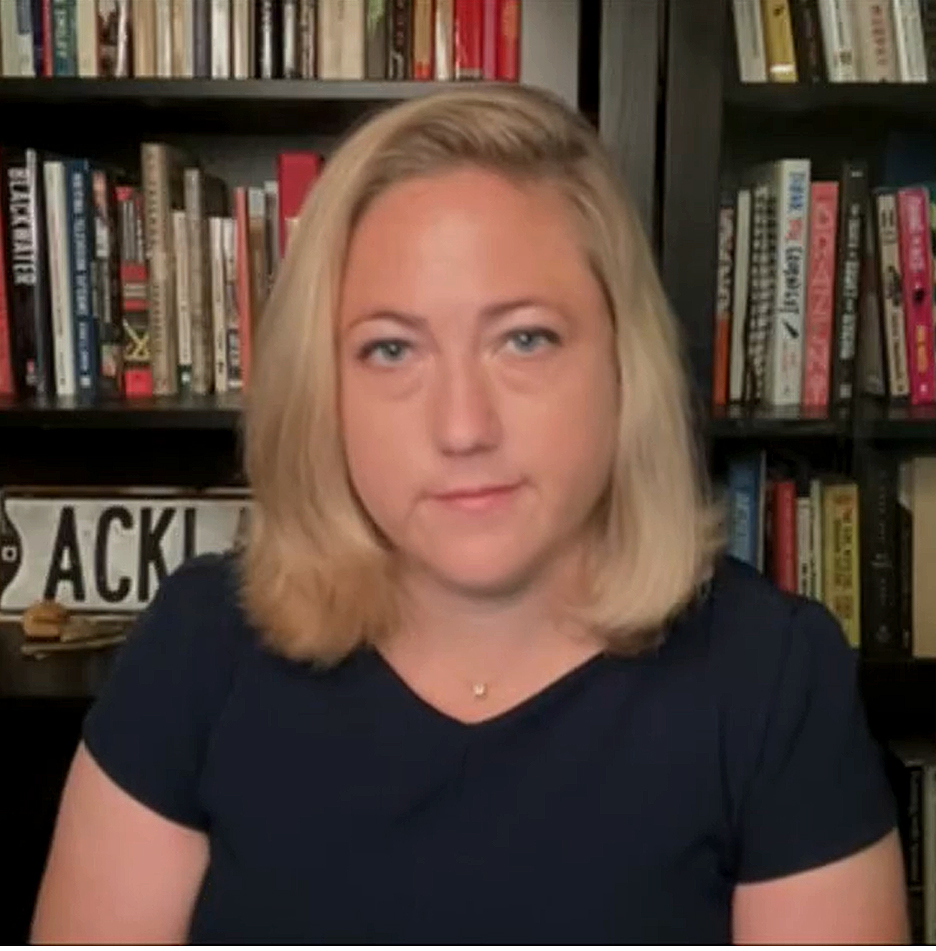 Sarah Longwell is currently the executive director and co-founder of Defending Democracy Together. In this role she works as the spokeswoman for Republicans for the Rule of Law, a project of Defending Democracy Together. She is co-founder of the Center Action Now project as well as the president and CEO of Longwell Partners, a communications consulting firm in Washington DC. [1] In 2016 she worked as a chairwoman for Log Cabin Republicans.

In 2018, Longwell created Defending Democracy Together. The organization is a nonprofit that conducts policy research on issues that align with neoconservative values such as rule of law, free trade, and expanding legislation for legal immigration into the United States. [4] The Republicans for the Rule of Law is a project that was launched by Defending Democracy Together. Republicans for the Rule of Law launched multiple television advertisements that defended the 2017-2019 special counsel investigation into the alleged relationship between President Donald Trump and the Russian government. During the investigation, the organization released advertisements that sought to convince Republican candidates that Trump’s actions in firing his special counsel went against the United States government’s core values. [5]

During the 2019 impeachment trials, the Republicans for the Rule of Law released video advertisements that attempted to persuade Republican congressmen to vote for the impeachment of President Trump. The organization spent $2 million producing these advertisements. The ads were published in thirty-nine states and congressional districts. Sixteen of these ads were published at a national level and twenty-eight of the advertisements were on digital billboards. These billboards addressed Republican members of congress in nineteen states. Sarah Longwell emphasized that a key goal of producing advertisements through the Republicans Rule of Law project was to advocate against the policies of the Trump administration and to weaken public support for the Trump presidency. [6]

In May 2020, Republicans for the Rule of Law announced its plan to spend $1 million on a series of ads urging congressional Republicans to support an expansion to mail-in voting within the next coronavirus stimulus bill. The ads also feature state voters urging Congress to allow vote-by-mail in November due to the danger of in-person voting during the ongoing Covid-19 Pandemic. [7] Longwell commented, “The goal for us is to help elevate Republican voices who want to see expanded voting options in November and want to see that people can vote safely and securely.” Although he is not mentioned in the ads, Longwell has claimed that the issue of mail-in voting has “become politicized” because of President Donald Trump. [8]

In 2019, Longwell co-founded the Center Action Now project with Tim Miller. Tim Miller worked as the communications director for Jeb Bush’s 2016 presidential campaign and as a spokesman for the Republican National Committee. The Center Action Now project was created to gather support in nominating moderate candidates to run in the 2020 presidential election. [9] Longwell fundraised over $3 million to support the project. She has regularly arranged focus groups with Republican voters to figure out what would make them vote against Trump. Longwell encouraged focus groups of mostly suburban women voters that had expressed regret for voting for Trump to vote and participate in the Democratic primaries. [10]