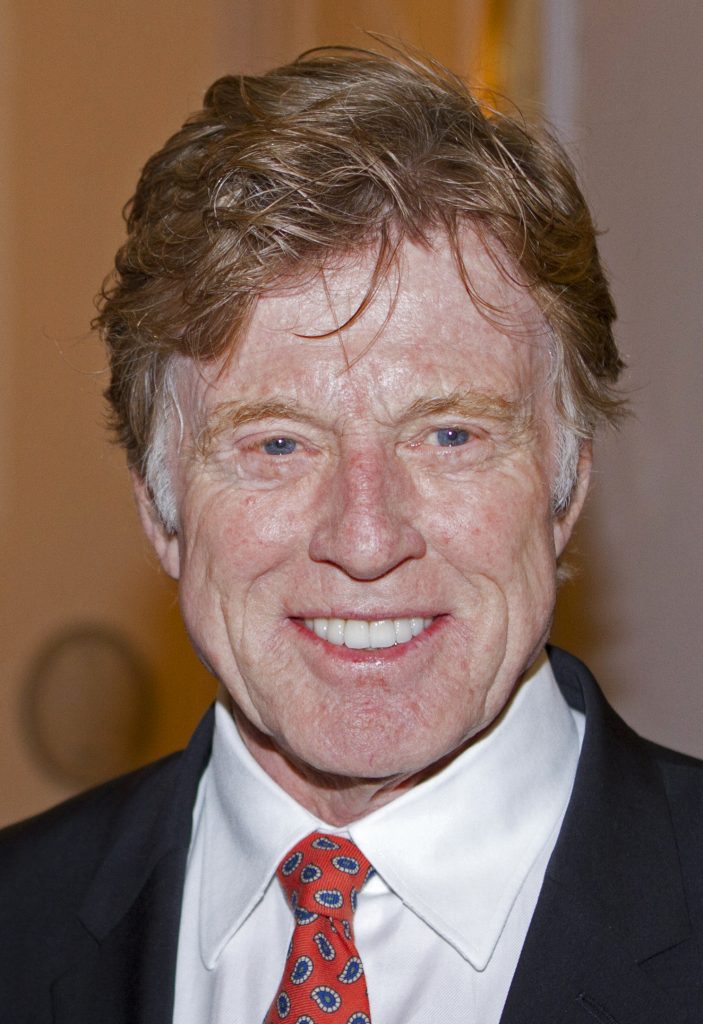 Robert Redford at an event at the US Embassy in London. (link)

Robert Redford is an American actor and political and environmental activist. In 1980, Redford established the Sundance Institute, a non-profit organization that holds film workshops each summer for young filmmakers.[1]  Redford is a trustee of the advocacy group, the Natural Resources Defense Council. He is also a supporter of President Biden’s trillion dollar Build Back Better Plan, whose purpose is to stop climate change, expand government-run healthcare, and increase welfare benefits.[2][3]  In July 2020, Redford wrote an opinion piece for CNN where he criticized former President Trump’s morals and claimed as President, Joe Biden would bring “experience and intelligence” to the White House.[4]