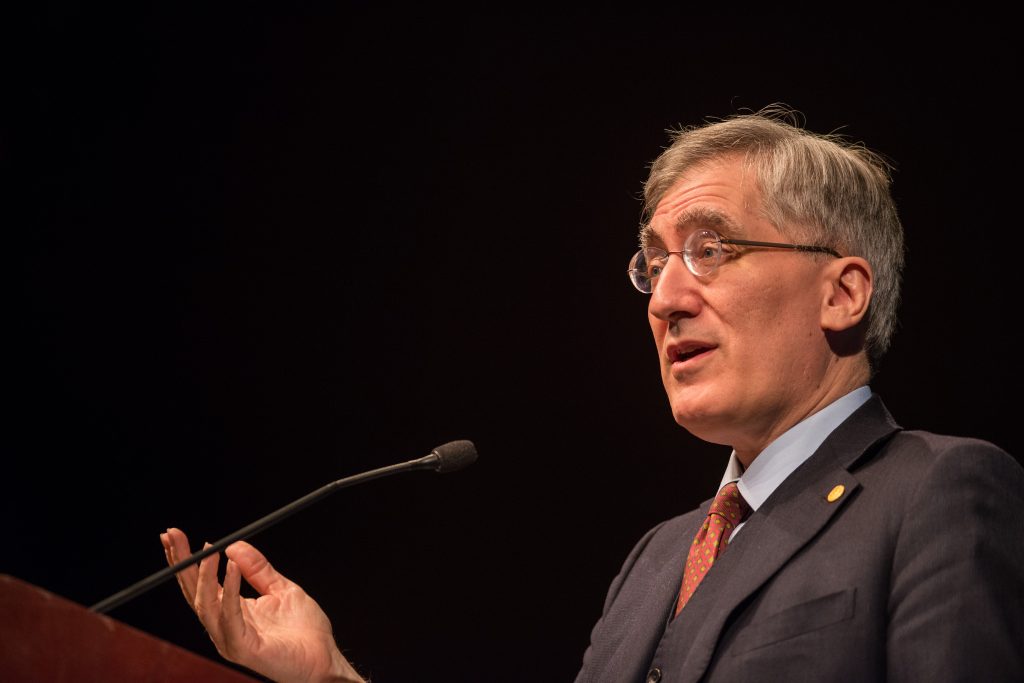 Robert P. George is a conservative thinker who works at Princeton University as a McCormick Professor of Jurisprudence and is the Director of the James Madison Program in American Ideals and Institutions at Princeton. Previously, he was the chairman of the United States Commission on International Religious Freedom (USCIRF), a presidential appointee to the United States Commission on Civil Rights, and a member of the President’s Council on Bioethics. He also served as the U.S. member of UNESCO’s World Commission on the Ethics of Scientific Knowledge and Technology (COMEST). George is the author of several books that defend marriage, natural law, and morality.[1]