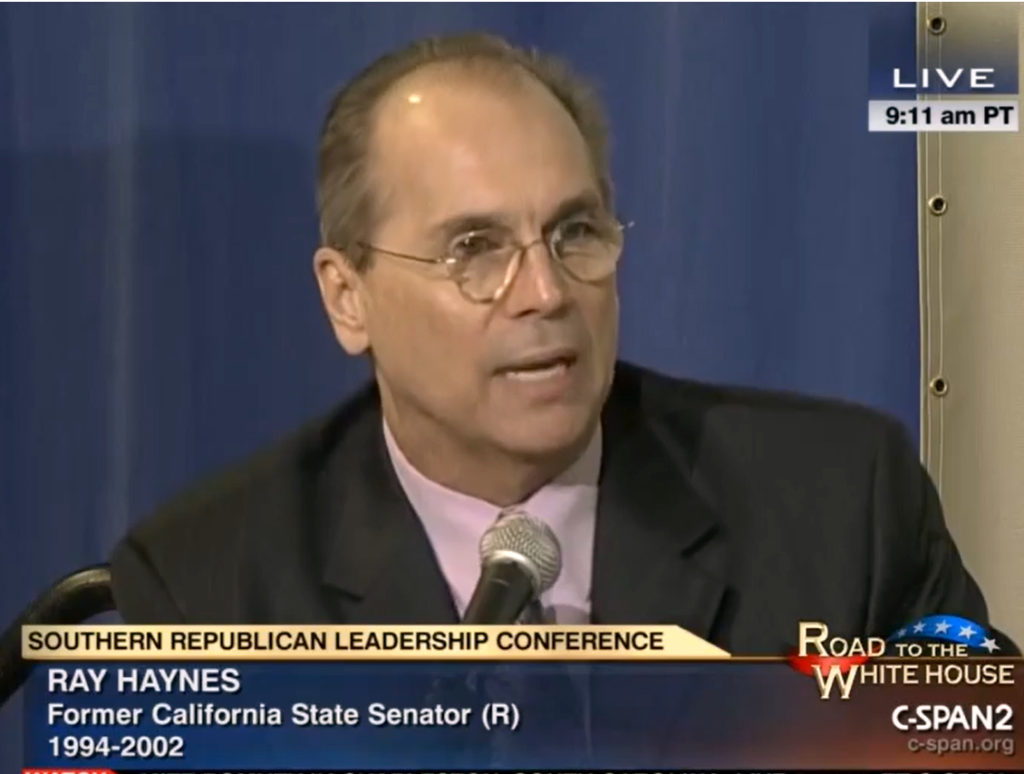 Ray Haynes is a Republican Party politician and the president of the Institute for the center-left Institute for Research on Presidential Elections as well as spokesman for its advocacy arm, National Popular Vote. Haynes was first elected to the California State Assembly in 1992, the California State Senate in 1994, and ran for for U.S. Senate (unsuccessfully) in 2000. Haynes was national chairman of the center-right American Legislative Exchange Council (ALEC) in 2000.