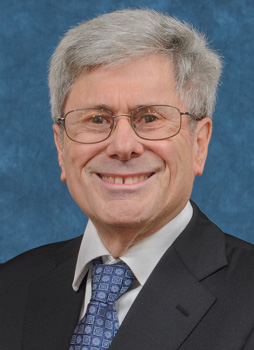 Paul Egerman is a retired software engineer and political activist.  A graduate of Massachusetts Institute of Technology (MIT), he co-founded Interpretive Data Systems (later IDX), a medical information software company in 1974. After 20 years as COO, the company went public and Egerman retired.

Egerman later co-founded and was CEO of eScription, a company that provided voice transcription software for physicians. The company was sold to Nuance Communications Inc. for $400 million in 2008, and Egerman has since intensified his second career as a political activist, raising money for Democratic candidates and liberal causes, and serving in various roles of left-leaning PACs, most notably as board treasurer of left-leaning political donor strategy group Democracy Alliance.[1] [2]

In 2009, Egerman was appointed by House Speaker Nancy Pelosi (D-CA) to the Health Industry Technology (HIT) Policy Committee and was co-chair of the certification workgroup.[3]

Under Egerman, regulations were changed such that healthcare IT products would no longer be certified by an independent “vendor-led” group, the Certification Commission for Healthcare Information Technology (CCHIT).  Instead, certification would be done by the government through the Department of Health and Human Services (HHS). HHS would in turn authorize other independent companies to test healthcare IT products, adding an extra step in the certification process as CCHIT had previously both tested and certified software. In a March 2010 podcast, Egerman expressed surprise that his changes were so readily and speedily approved.[4] As part of the Obama administration-backed 2009 American Recovery and Reinvestment Act (better known as the “Fiscal Stimulus”), $17 billion in taxpayer funds would be disbursed to physicians and hospitals that purchased and made “meaningful use” of these government-certified healthcare IT products.[5]

As a result of these regulatory changes, CCHIT went out of business in 2014.[6]

Although one of the goals of this stimulus money was the governmental sharing of patient data to improve medical research outcomes, Egerman later expressed opposition to patients using third-party apps to access their own health records, on the grounds that their private data might not be protected, or that the patient’s doctor of choice might misuse it.[7]

Egerman has held offices with multiple organizations promoting the Israeli left wing and left-of-center American policy toward Israel and the Middle East. He is a former member of the Advisory Council of left-leaning Middle East policy advocacy organization J Street[8] and is North American Vice President of the New Israel Fund, a New York-based non-profit that advocates for liberal policy issues in Israel.[9]

Egerman has made numerous large contributions to liberal Super PACs. Between June 2017 and July 2018, Egerman donated $595,000 to Planned Parenthood Votes, and $325,000 to Senate Majority PAC.[10] At $1.7 million Egerman was also a top donor to the super PAC American Bridge 21st Century,[11] as well as its now-defunct offshoot Correct the Record.[12]

With his wife, he founded the Paul and Joanne Egerman Charitable Family Foundation which, in addition to its charitable works such as providing scholarships and funding MIT, donates to left-leaning advocacy organizations such as the Anti-Defamation League, Bend the Arc, Alliance for Business Leadership, and Issue One.[13]

Egerman is also a member of Patriotic Millionaires, an alliance of wealthy Americans who favor higher taxes.[14]

Egerman has been a longtime supporter of U.S. Senator Elizabeth Warren (D-MA), co-chairing the fundraising for her 2012 Senate run.[15] He is campaign treasurer for her 2020 presidential bid, drawing criticism upon her from some quarters due to his connections to “dark money” groups such as the secretive Progressive Change Campaign Committee.[16]