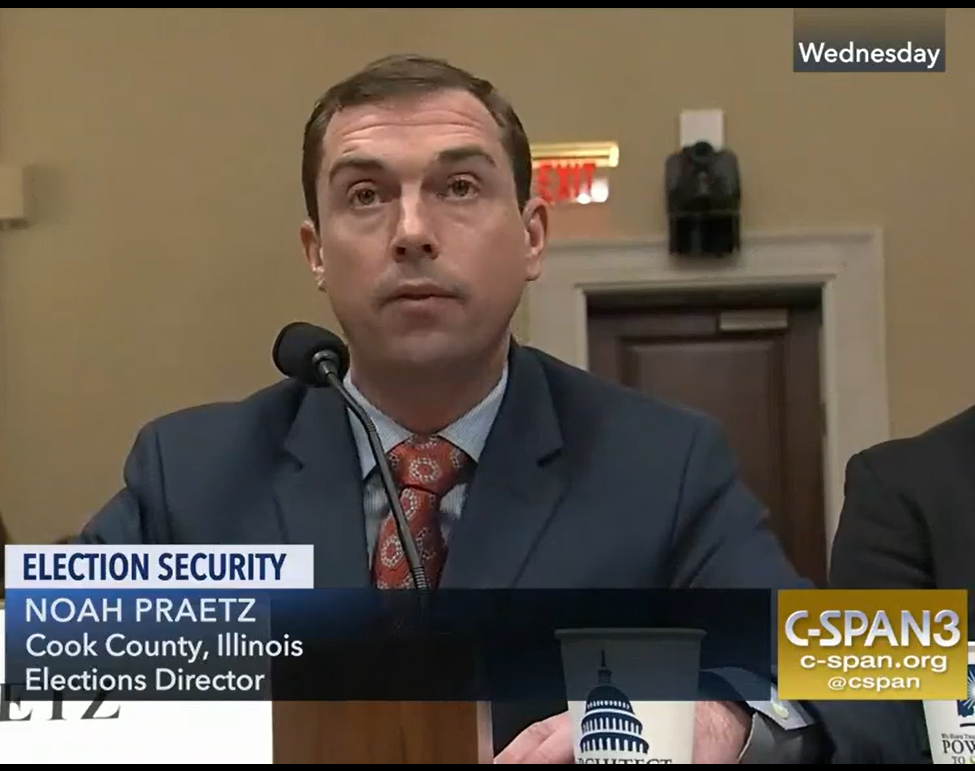 Noah Praetz is an election security consultant who currently advises the Cybersecurity and Infrastructure Security Agency’s (CISA) Election Security Initiative. [1] Prior to his work with CISA, Praetz ran elections in Illinois’s Cook County, where he was responsible for managing one of the largest election jurisdictions in the country. [2] Most recently, Praetz has been retained by the California Secretary of State’s office to provide guidance for the state’s vote-by-mail expansion throughout the 2020 election cycle. [3] He was a registered Democrat as of 2016. [4]

Praetz currently operates under his own firm, Noah Praetz Consulting, to provide consulting services in the area of election security to various clients, most notably the Cybersecurity and Infrastructure Security Agency’s (CISA) Election Security Initiative. [5] Furthermore, Praetz also teaches election law as an adjunct professor at DePaul University College of Law, his alma matter. [6] He is a member of the advisory board of the University of Chicago’s Cyber Policy Initiative. [7]

Throughout his career, Praetz has held a number of different roles to include the following: treasurer of the International Association of Government Officials, executive committee member of the Department of Homeland Security’s Elections Sub-Sector Government Coordinating Council, and co-chair of the Election Center’s Cyber Security Committee. [11]

Generally speaking, Praetz is an advocate of the following security mantra as it pertains to the electoral process: “defend, detect, recover.” [12] Essentially, this theory recognizes that a perfect defense is practically impossible, and entities should instead focus on ensuring any potential attacks do not exceed their capability to “detect and recover.” [13]

Praetz is skeptical of the three dominant suppliers of election machinery (S&S, Dominion Voting Systems, and Hart InterCivic), and cites their lack of oversight and transparency among his concerns as they relate to election security. [16] He is a proponent of increased federal investment in the security of election systems nationwide, and “love[s] the idea of automatic voter registration.” [17] He cites the U.S. Postal Service as an example of a worthy partner with regards to increasing efficiency within the electoral process. [18]