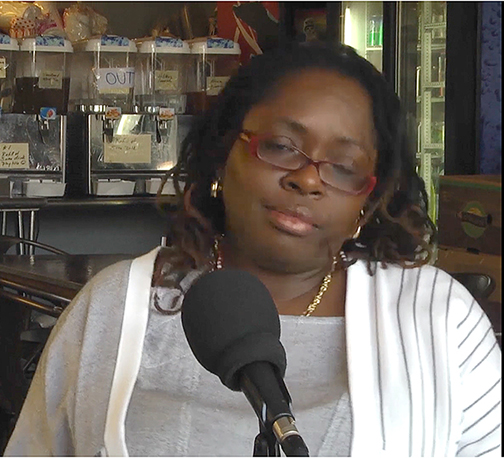 Nana Gyamfi is an attorney and the executive director of Black Alliance for Just Immigration (BAJI). She has previously worked as an adjunct professor at the Pan African Studies Departmentat California State University Los Angeles and hosted a radio show and podcast called Conversations On the Way: The Asafo Edition. [1]

She is also the founder of the Community Legal Clinic and Transformative Justice Center and LegalEase Workshops, as well as the co-founder of Justice Warriors 4 Black Lives. [2]

In June 2019, Gyamfi attended a rally at the Supreme Court held by Demand Justice in response to two decisions on partisan redistricting and the census citizenship question. [3]