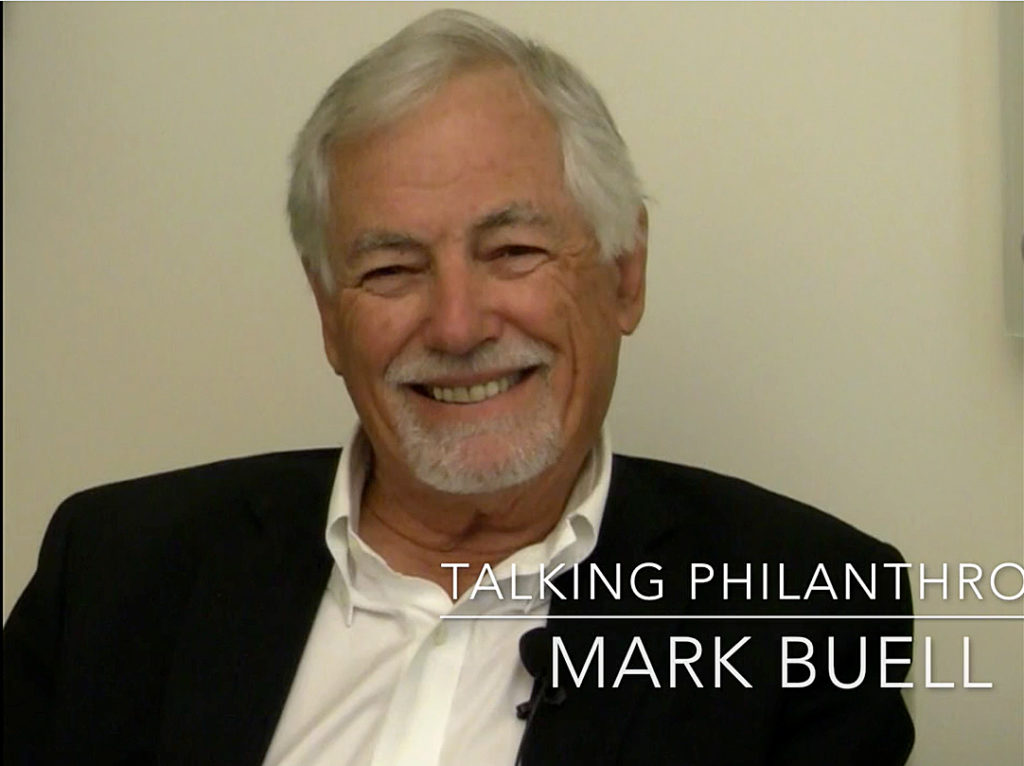 Mark Buell is a Democratic Party mega-donor, real estate developer, and philanthropist from San Francisco. [1] He is married to Susie Tompkins Buell, also a well-known Democratic Party donor and close confidant of Hillary Clinton, who co-founded sportswear companies The North Face and Esprit with her first husband, Douglas Tompkins. [2] The Buells are well known in social and political circles in the San Francisco Bay Area and are founding members of the powerful Democracy Alliance (DA) left-leaning funders’ collaborative. [3][4]

In 1988, Buell ran for the San Francisco Board of Supervisors, placing ninth out of twenty-nine candidates. [7] It was then that his high school classmate Susie Tompkins, a cofounder of the Esprit active-wear brand, donated to his campaign; the two rekindled a relationship. Tompkins divorced Douglas Tompkins in 1989 and married Buell in 1996. [8]

Buell later became a real-estate developer. He has been vocal about his support of public-private partnerships between government and developers, stating in a recent interview that “I would have been on Market Street today with a tin cup if I had been elected. Real estate was very good to me.” [9]

Mark Buell and his wife Susie Tompkins Buell are often mentioned as Democratic Party mega-donors and are founding members of the powerful liberal donor collective the Democracy Alliance (DA),[10] which was founded in 2004 as an exclusive collective of left of center millionaire and billionaire donors that acts as a funding umbrella for the progressive movement.

While his wife, Susie Tompkins Buell, is more often profiled and recognized as a liberal donor and close friend of the Clinton political family, Mark Buell is also well-connected to the Clintons and frequently gives money to Democratic candidates both alongside and separately from his wife. The Buell also give from the Susie Tompkins Buell Foundation. [11]

In 2018, Buell supported San Francisco mayoral candidate and former State Senator Mark Leno (D) while his wife supported city supervisor and incumbent Acting Mayor London Breed (D), both candidates for the technically nonpartisan office were left of center and Breed ultimately won the election with Leno being the next closest of several opponents. [12]