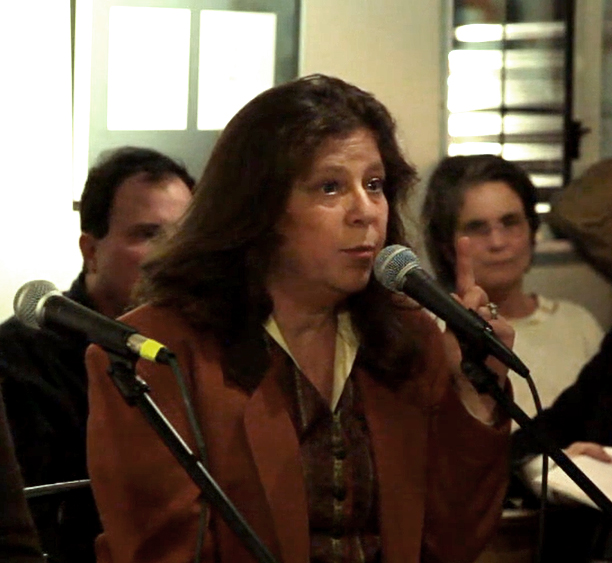 Mariel Nanasi is the executive director and president of New Energy Economy, which lobbies and litigates for environmentalist policy in New Mexico. She also founded the political action committee Responsible Leadership New Mexico. The organizations advocate for ending the use of conventional energy in New Mexico. [1]

Mariel Nanasi is a civil rights and criminal defense lawyer. She is licensed to practice in New Mexico state courts and in federal courts. [2]

Nanasi lectures on ending the use of conventional energy at conferences and to college classrooms. Her essay, “A Future Without Coal: In New Mexico Supreme Court,” has also been circulated among college faculty to their students. [3]

Nanasi first went to work for New Energy Economy as a senior policy advisor. She became executive director after two years on the staff. [4]

Nanasi is also the chief strategist for the organization, developing policy and legal campaigns before New Mexico’s Public Regulation Commission and the New Mexico Supreme Court. [5]

In May 2018, the group New Mexico Democrats for Democracy filed an ethics complaint with Secretary of State’s office alleging the Responsible Leadership NM and another group, Retake Our Democracy, received donations far in excess of the state’s legal contribution limits for PACs. With regard to Responsible Leadership NM, the complaint specifically points to a $100,000 donation from the Green Advocacy Project and a $10,000 donation from Mariel Nanasi. [8]

After Public Service Company of New Mexico announced it would be closing the San Juan Generating Station 2022, state officials were concerned because such a closure would mean hundreds of jobs lost and a big plummet in property tax revenue that funds the Central Consolidated School District. New Mexico state legislators introduced several bills to encourage the company to keep the generating station open longer. Of these losses, Nanasi said, “I do believe that there are very serious questions about reparations.” However, she said she opposed legislation to extend the life of any power plant, because, “We’re facing a climate crisis.” [9]

Nanasi’s New Energy Economy led a lawsuit against a provision of New Mexico’s Energy Transition Act, or the so called “mini-Green New Deal” law, which aims to eliminate conventional energy in the state by 2045. Nanasi supports the principle, however, a provision in the law gives regulatory relief and corporate welfare to utility companies to help achieve this goal. New Energy Economy called for maintaining the same regulations. [10]

Energy companies in the state didn’t oppose the law. The state appropriated $60 million to the companies to close plants, which includes $20 million to retain workers and a fund for Native Americans in the state affected by the closure. “There was a trade made, and the trade was we want an increase in the renewable portfolio standards, and PNM gets what it wants,” Nanasi told CBS News. “I don’t think the trade was worth it, and I think it’s very dangerous to empower the incumbent utility when it has failed to deliver in the past and has made poor financial decisions.” [11]