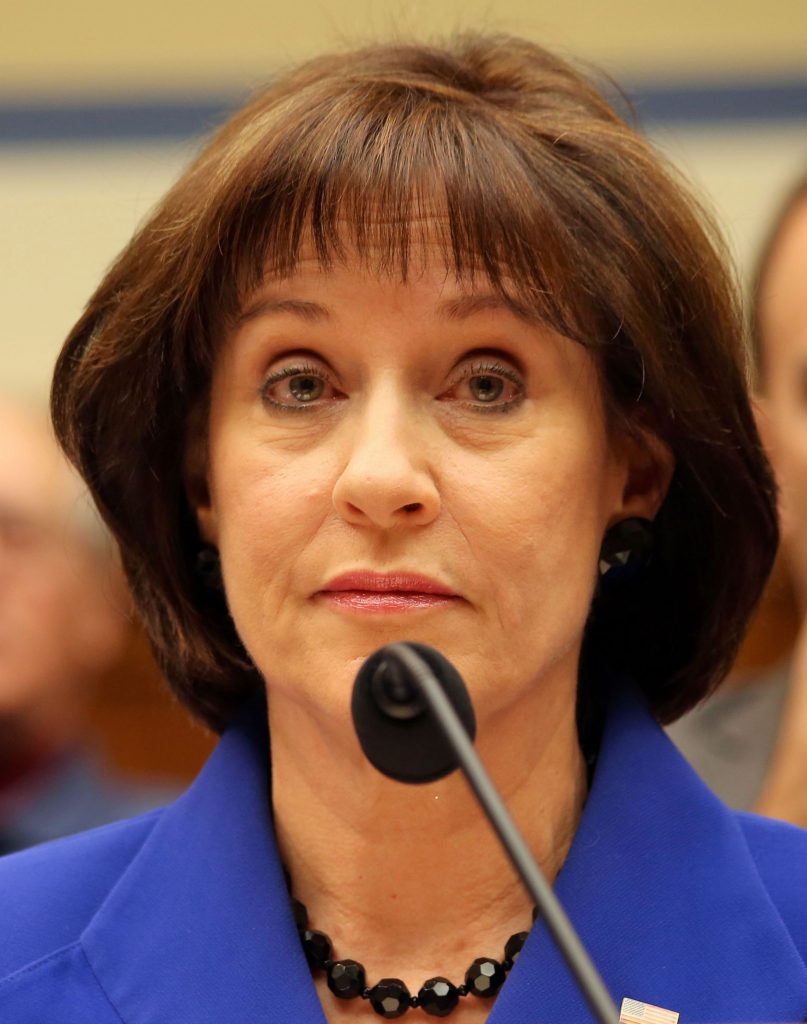 Lois Lerner is a retired civil servant best known for her actions during her tenure as the director of the Exempt Organizations Division of the Internal Revenue Service (IRS).[1] In May 2013, the Treasury Inspector General for Tax Administration issued an audit report finding that Lerner’s ineffective management allowed for inappropriate targeting of conservative-leaning groups. According to the Inspector General, this practice in effect delayed and impeded the creation of many conservative-leaning groups and potentially allowed politically motivated requests of these groups to be issued.[2]

Six separate federal investigations reviewed the targeting practices that took place within Lerner’s department, costing taxpayers over $14 million in IRS costs. [3] Lerner refused to answer questions about the targeting practices within her department, asserting her Fifth Amendment right not to incriminate herself. In 2014, the U.S. House of Representatives voted to hold Lerner in contempt of Congress. [4]

During the investigations into targeting practices within her department, it was revealed that 24,000 of Lerner’s emails from the relevant time period were erased by a reported 2011 computer crash.[5] The Inspector General subsequently found that IRS employees had permanently erased over 400 backup tapes that included Lerner’s emails pertinent to Congressional investigations[6] a month after the emails had been subpoenaed by the U.S. House Oversight Committee.[7] The Inspector General was ultimately able to recover over 1,000 emails that the IRS did not turn over to Congress. [8]

After law school Lerner worked as a staff attorney in the Criminal Division of the Department of Justice. [10]

Lerner is married to Michael Miles,[12] a tax attorney and Partner at Sutherland Asbill & Brennan LLP. Before joining Sutherland, Michael served as an attorney in the Office of the Chief Counsel of the Internal Revenue Service (IRS).[13]

Lerner joined the IRS in 2001 and served as the director of the Exempt Organizations Rulings and Agreements Division, where she was oversaw the division’s determinations letter program, and provided technical guidance for IRS agents conducting examinations of tax-exempt organizations.[14]

In December 2005 Lerner was appointed the director of the Exempt Organizations Division of the Internal Revenue Service.[15]

In an October 2010 speech at Duke University, Lois Lerner noted that the IRS was under significant pressure to “fix the problem” of 501(c)(4) non-profit organizations engaging in political activity in the wake of the U.S. Supreme Court’s Citizens United decision, which held that the First Amendment forbade Congress from preventing certain non-profit organizations from speaking publicly about politicians and political issues during election campaigns.[16]

According to Lerner, the Supreme Court’s Citizens United decision “dealt a huge blow, overturning a 100-year-old precedent that said basically corporations couldn’t give directly to political campaigns.” As a result she stated that “everybody [was] screaming at us [the IRS] right now: ‘Fix it now before the election. Can’t you see how much these people are spending?’”[17]

Lerner also told the U.S. Treasury Inspector General for Tax Administration that the IRS “was urged to do something about” 501(c)(4)’s political activity after the Citizens United decision. [18]

In May 2013 Lois Lerner publicly admitted that under her leadership IRS staffers improperly targeted conservative groups applying for tax-exempt status. According to Lerner, the staffers singled out applications that included the words “tea party” or “patriot” for more review.[19]

Lerner initially apologized for what she labeled the “absolutely inappropriate” actions of “front-line people.”[20] However, the Washington Post reported that “on several other occasions, IRS officials in Washington and California sent conservative groups detailed questionnaires” and at least one conservative group was notified that their exempt organizations application was “under review in Washington.”[21]

Beginning as early as June and July of 2011, Lerner was briefed that IRS employees had been using conservative-leaning search terms such as “tea party,” “patriots,” “9/12 Project,” “government spending,” “government debt,” “taxes” and “make America a better place to live” to conduct targeted audits of those groups’ applications for tax exemption.[22] The IRS employees “also requested information the IRS does not normally ask for, including donor lists.”[23]

On May 14, 2013, the Treasury Inspector General for Tax Administration issued an audit report finding that ineffective management within the IRS’ Exempt Organizations department allowed for the development of inappropriate criteria used to target Tea Party and other organizations applying for tax-exempt status based upon their names or policy positions. The report found that these criteria resulted in substantial delays in authorization of tax-exempt status for the targeted organizations and potentially allowed unnecessary political campaign information requests to be issued.”[24]

The Washington Post reported “75 groups were selected for extra inquiry — including burdensome questionnaires and, in some cases, improper requests for the names of their donors — simply because of the words in their names.”[25]

USA Today reported that during the relevant 27-month period under Lerner, zero Tea Party groups were granted their requested exemption approval; during the same period, similarly organized liberal and progressive groups were typically granted approval in a matter of months. [26]

On May 23, 2013, Lerner was placed on temporary leave and Senator Chuck Grassley (R-Iowa) said that the acting IRS commissioner had asked Lerner to resign, and that she refused his request.[27] In September 2013, the Wall Street Journal  reported that an IRS review board “was set to propose her removal from the agency” and that Lerner decided to retire after learning of this decision. The report indicated that the IRS “board had found ‘neglect of duties’ during her tenure as director of the IRS exempt-organizations division, as well as mismanagement consistent with critical findings of an earlier inspector general’s report.”[28]

Additionally, the IRS stated that “the behavior cited in the May [Inspector General’s] report was the result of mismanagement and poor judgment.” [29]

In April 2014, IRS Commissioner John Koskinen noted that there were six investigations looking at Lerner’s department: four Congressional committee investigations, one by the DOJ, and one by the TIGTA. In total, over 250 IRS employees spent 100,000 hours working on matters relating to the investigations, costing taxpayers at least $14 million.[30]

On two occasions, in May 2013 and March 2014, Lois Lerner asserted her Fifth Amendment right against self-incrimination and refused to answer questions from Congressional committees related to her role in the IRS’ improper, politically oriented targeting operations.[31] During her 2014 testimony, Lerner delivered an opening statement declaring she had done nothing wrong; consequently, Republicans argued that she had waived her rights.[32]

On March 31, 2015, the U.S. Attorney for the District of Columbia refused to pursue criminal contempt charges against Lerner.[35]

In June 2011, Lois Lerner reported to the IRS IT department that her computer was inoperable.[36]

In 2014, the Treasury Inspector General revealed that the 2011 computer crash caused as many as 24,000 of Lerner’s potentially pertinent emails to be permanently erased.[37] The Inspector General also found that in 2014, after the emails had been under subpoena from the U.S. House Oversight Committee for a month, [38] IRS employees erased over 400 backup tapes that included Lerner’s emails pertinent to the committees’ investigations.[39]

The Inspector General’s investigation ultimately recovered over 1,000 emails that the IRS did not turn over to Congress. [40]

Reports of Lerner’s computer activity found that in 2013, Lerner warned her colleagues via email to “be cautious about what we say in emails” and had had asked whether the IRS’ internal instant messaging system is archived. When told no, she responded, “Perfect.”[41]

In 2015, the IRS informed a federal court that that Lerner had a second personal email account that she used to conduct IRS business. The account was set up under the name “Toby Miles,” the name of her pet dog.[42]