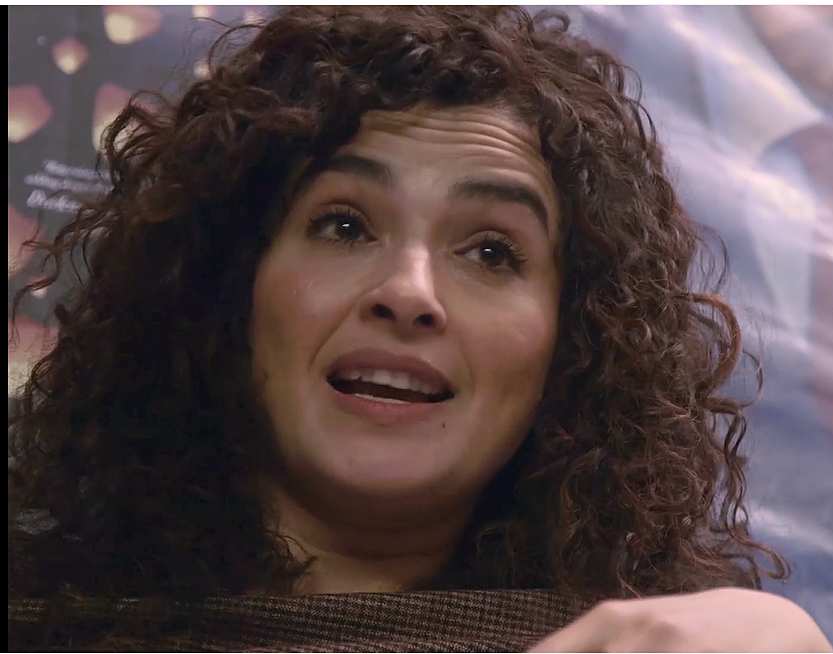 Lamis Deek is a Palestinian-American lawyer, activist for controversial Palestinian initiatives, and opponent of the State of Israel’s existence. [1] She is a member of a number of anti-Israel and radical-left organizations, including Al-Awda NY: The Palestine Right to Return Coalition, the Arab Muslim American Federation, and the National Lawyers Guild. She is a co-founder of the U.S. Palestinian Community Network. [2] Among other roles, she has sat on the board of directors for the New York chapter of the Council on American-Islamic Relations. [3]

Lamis Deek was born in Nablus in the disputed Palestinian territories. Her family, including parents and 11 siblings, eventually immigrated to the United States. While in law school in the late 1990s and early 2000s, she participated in protests against Israel. She also founded the Brooklyn Law School Muslim Law Students Association. [4]

It was around this time that Deek became involved with and co-chaired Al-Awda NY: the Palestinian Right to Return Coalition. Al-Awda NY considers Israel an illegitimate nation and advocates for the so-called “right of return” under which Palestinian Arab families who fled territory controlled by Israel after the Arab states’ defeat in the 1948 Israeli War of Independence would be able to return to that territory. [5] [6] Critics of the “right of return” note that allowing such migration would end Israel’s position as a Jewish and democratic state. [7]

After the terrorist attacks of September 11, 2001, Deek became a lawyer for Arab-Americans and Muslims in the New York City area, including those accused of terrorist-related activities. One of her clients was arrested in 2011 for attempting to be a lone-wolf terrorist. [8] Deek, however, defended her client as a mentally ill man who was previously institutionalized, and that it was anti-terrorism investigators who entrapped him. [9]

In another case, an amusement park attempted to prevent women wearing headscarves from going on rides for reasons of safety. This led to a dispute and, eventually, police involvement. Deek accused police of harming several arrested individuals unnecessarily due to “racist ideologies.” All 15 arrested individuals were given conditional dismissals of their cases. [10]

Another of Deek’s clients built a mosque in the city despite opposition from local residents. Deek accused opponents of the mosque of racism in light of both opposition to the mosque and some graffiti which was scrawled on the mosque area celebrating the death of Osama bin Laden. [11] Deek also took on the case of a woman who claimed she was punched because of her Muslim. A video showed the alleged assailant taking a flag which the woman was holding. [12]

Deek provided official commentary on behalf of CAIR after a judge ruled against the constitutionality of a “no-fly” list created by the U.S. government to fight terrorism. [13] CAIR and Deek supported the decision, which was made after the ACLU sued on behalf of people on the list. [14]

Deek has been a prominent New York City-area Palestinian activist and made statements in support of violent Palestinian terrorism. She has defended Palestinian attacks on Israelis as “self-defense” akin to defending one’s home against an invader[15] and has called for the end of Israel’s existence. [16]

The Jerusalem Post reported that in November 2018, “Deek shared a link from Hamas’s official page praising Hamas terrorists, saying that they are ‘astounded from your bravery. Glory is for the martyrs.’”[17]

Deek is reportedly “closely involved with Al-Awda, the Palestinian Right to Return Coalition.” [18] Al-Awda advocates for the so-called “right of return” for the families of Palestinians who fled areas controlled by Israel after the defeat of the Arab States in the 1948 Israeli War of Independence;[19] critics note that such a policy would end the State of Israel as a Jewish and democratic country. [20]

As part of the defense team for a Yemeni sheikh whose U.S. conviction on terrorist-related charges were later overturned, Deek said the conviction was related to standing “against the criminalization of the Palestinian resistance to occupation.” [21] Deek’s client had been convicted of raising funds for Hamas, a U.S. Government-designated Foreign Terrorist Organization;[22] however, it was legal to raise funds in Yemen, where Deek’s client was acting. [23]

In addition to being a board member of CAIR’s New York chapter and a co-chair of Al-Awda, Deek is involved with a number of legal and religious groups, including as co-founder of the U.S. Palestinian Community Network, a group that considers Israel to be an invader of rightful Palestinian territory. [24]