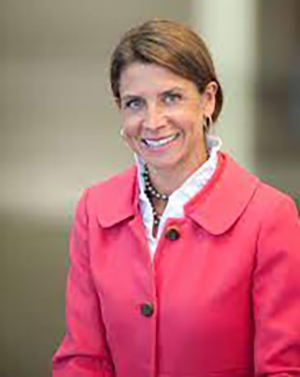 Kirsten Martin is an associate professor of management and public policy at the George Washington University School of Business and an expert on privacy, technology, and data analytics. Martin is a recognized national expert on ethics in “Big Data,” or the use and analysis of personal data on a wide scale by large corporations and governments. [1] Martin has argued that the collection and analysis of data on a mass scale is not a morally neutral enterprise and that data analytics and predictive algorithms can increase “previously institutionalized prejudice” against racial, ethnic, and sexual minorities. [2]

In 2012, Martin was named to the Census Bureau’s newly formed National Advisory Committee on Racial, Ethnic and Other Populations. The committee advises the Census Bureau on “topics such as housing, children, youth, poverty, privacy, race and ethnicity, as well as lesbian, gay, bisexual, transgender and other populations.” [3]

Martin is the research and business ethics editor for the Journal of Business Ethics and the recipient of three National Science Foundation grants for her work on privacy, technology, and ethics. She earned her bachelor’s degree in engineering from the University of Michigan and her MBA and Ph.D. in business from the University of Virginia. [4]