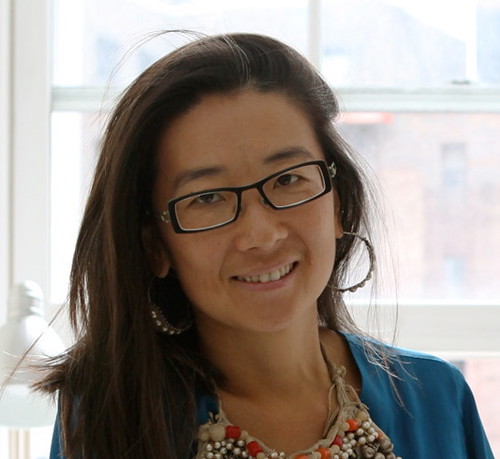 Iara Lee is a left-of-center anti-war and pro-Palestinian activist who was married to hockey, film, and environmental enthusiast George Gund III until his death in 2013. [1] She has spent decades in the film industry, and supports left-leaning human rights groups like Amnesty International and Doctors Without Borders, as well as the radical environmentalist group Greenpeace. [2]

Lee and Gund co-founded the Cultures of Resistance Network, a grantmaking institution that supports a number of left-leaning and anti-Israel organizations. She is still its primary funder, with annual donations providing the Network’s revenues. [3] She is most known for her videos of an Israeli Navy interception of a number of vessels attempting to run the Israeli blockade of the Hamas-controlled Gaza Strip in 2010 and her six-year Cultures of Resistance documentary which examined resistance movements in several countries. [4]

Lee is Brazilian by birth and Korean by descent. [5] She met Gund in 1986; they later married. [6] While still in Brazil, she produced the Sao Paulo International Film Festival from 1984 to 1989. She later moved to New York, founding and running the art and media group Caipirinha Productions. She produced several films through the company. [7]

Lee directed and produced a number of apolitical films beginning in the 1990s, though she became most known for her international political activism. [8]

In light of the United States’ 2003 invasion of Iraq, Lee traveled for six years to develop the documentary Cultures of Resistance. [9] She visited a number of countries, such as Rwanda, Brazil, and Nigeria, profiling graffiti, music, and other peaceful resistance to corruption. [10] The documentary won several awards in the U.S. and elsewhere. [11]

Lee has described on many occasions that surviving the Israeli bombing of Lebanon in 2006 was a catalyst to her opposing the Jewish state’s actions against Palestinians and others with whom it has conflict. Lee’s recollections of the 34-day war do not mention that Hezbollah started the conflict with rocket attacks and the kidnapping of two Israeli soldiers. [12] [13]

In 2010, Lee became internationally known for recording an Israeli military assault on a ship in the radical pro-Palestinian group Gaza Movement’s “Freedom Flotilla.” [14] The vessels were bringing supplies to the Hamas-controlled Gaza Strip and refused to take an alternate route offered by the Israeli government. As the ship approached an Israeli blockade, Israeli troops boarded the ship. Nine people were killed and many others injured during the subsequent conflict. [15]

The military response to the flotilla’s provocation drew international condemnation. [16] Lee testified to the United Nations about her experience on the boat during the attack, claiming that the Israeli use of military force and weapons was disproportionate to the threat posed by flotilla protestors. She also screened some of her footage of the attack during the hearing. [17]

Lee and Gund co-founded the Cultures of Resistance Network. She is still its primary funder, with annual donations providing the Network’s revenues. [18] The Network funds left-of-center groups which question the morality of joining the U.S. military, frame Israel as an occupier, and endorse radical environmentalism. It also funds a number of human rights groups. [19]

At least 10 of the Network’s projects support Palestinians in the Israeli-Palestinian conflict. [20]

Lee uses Network resources to assist with other projects. Dozens of groups have received direct funding from Lee due to Network staff and advisors’ research and recommendations. Like the Network’s financial support, many of the projects support human rights, while others are radical left-of-center climate change and culture initiatives. [21]