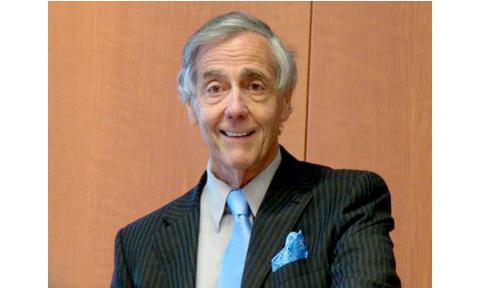 George B. Kaiser, billionaire oilman and philanthropist from Tulsa, Oklahoma, is the owner, president, and CEO of the GBK Corporation, a holding company in the oil and natural gas industry. He is also the chairman and majority owner of BOK Financial Corporation, which owns Bank of Oklahoma.[1]

Kaiser was embroiled in major controversy in 2011, when the federally backed solar energy company in which he invested, Solyndra, went bust. The Energy Department conducted a four-year investigation and concluded that Solyndra had in fact “provided the Department with statements, assertions, and certifications that were inaccurate and misleading, misrepresented known facts, and, in some instances, omitted information that was highly relevant to key decisions in the process to award and execute the $535 million loan guarantee.”[2] An attempt at a federal rescue of Solyndra was organized in such a way that the final attempt at restructuring “put Kaiser’s foundation ahead of taxpayers of repayment of [a $75 million federal package] in the event of a default.”[3]

Despite backing liberal politicians and advocacy groups, Kaiser has faced criticism for engaging in substantial lawful tax avoidance. In 2005, the New York Times reported that in the “1980s and 1990s Kaiser paid just $2,688 in federal income taxes and claimed negative income in six out of seven years” even though he was worth hundreds of millions of dollars at the time.[4]

Kaiser was born in Tulsa, Oklahoma, on June 29, 1942, to Kate and Herman Kaiser. Just four years earlier, his parents, both Jews, fled Nazi Germany to England, eventually joining relatives in Tulsa. In the early 1960s, he pursued undergraduate studies at Harvard University and earned an MBA from Harvard Business School in 1966.[5]

In 1969, George Kaiser became president of Kaiser-Francis Oil, a family business, and under his watch it grew in revenue and profitability. With money gained from the oil company, Kaiser bought the struggling Bank of Oklahoma in 1990. According to Forbes.com, Kaiser is worth an estimated $7.9 billion as of June 2017.[6]

Though a 1999 newspaper profile described him as a registered Republican,[7] Kaiser has of late given heavily to progressive political organizations and the campaigns of Democratic politicians. In 2008, he held a fundraiser at his Tulsa home for then-Presidential candidate Sen. Barack Obama (D-Illinois), raising more than $50,000.[8] Kaiser visited the White House 16 times from 2009 to 2011.[9] According to the Center for Responsive Politics, he donated $33,600 to federal parties, candidates, and PACS during the 2008 election cycle.[10] Kaiser has contributed to both Democratic and Republican politicians in Oklahoma.[11]

As an individual, he contributed $100,000 to a 2016 ballot question to raise the state sales tax, and his foundation contributed $350,000.[12] His foundation donates $16 million annually to the Tulsa Community Action Program,[13] which also supported the tax question. His foundation is a substantial donor to the Oklahoma Policy Institute, a left-leaning think tank that backs many progressive issues with research.[14]

When he signed the “Giving Pledge,” Kaiser declared he would give away at least half his assets.[15]

His George Kaiser Family Foundation is a generous supporter of several left-leaning nonprofits, including Planned Parenthood,[16] Oklahomans for Equality,[17] ProPublica,[18] and the Southern Poverty Law Center.[19] IRS filings for 2015 show that the foundation had $3.8 billion in assets and made $132 million in grants.[20] The foundation has faced scrutiny for the low percentage of its funds it disperses to charitable purposes and for its investments in for-profit enterprises. The U.S. Senate investigated the foundation in 2005,[21] and a 2013 analysis by Bloomberg found that it gave only 1/10th of its assets to public causes.[22] Since the foundation is organized as a “supporting organization” under tax law, it does not have to give away as much money each year as it would were it a traditional family foundation.

In addition to supporting its founder’s political and policy interests, the foundation supports causes related to early childhood education.[23] The foundation supports many nonprofits in the Tulsa community, including Big Brothers Big Sisters, Meals on Wheels of Metro Tulsa, and Child Abuse Network.[24] The Foundation donated $350 million to the Tulsa park board to build a massive public park alongside the Arkansas River known as “A Gathering Place for Tulsa.”[25]

George Kaiser and his foundation came under press scrutiny in 2011 in connection with Solyndra, a now-bankrupt solar energy company. Solyndra received $535 million in federal loans as part of the American Recovery and Reinvestment Act of 2009, popularly known as the “fiscal stimulus.” Kaiser owned one-third of Solyndra’s shares through his private equity company, Argonaut.[26] According to the Los Angeles Times, Kaiser invested $271 million in Solyndra and his nonprofit foundation invested another $50 million in the company, though he said he was not a personal investor in the company and did not talk to the White House about the company and its attempt to secure a federal loan, which was successful.[27] Later investigative findings by the U.S. Department of Energy and Congress show that statement is not accurate and that the company misled taxpayers and the Department of Energy regarding its profitability.[28]

The Washington Post reported, “Solyndra executives had been privately warning administration officials that the firm was at risk of liquidation.”[29] In February 2011, the Energy Department restructured the loan to keep the company afloat and gave it an additional $75 million in financing.[30] According to the Tulsa World, the restructuring “put Kaiser’s foundation ahead of taxpayers of repayment of that amount in the event of a default.”[31] The Energy Department conducted a four-year investigation and concluded that Solyndra had in fact “provided the Department with statements, assertions, and certifications that were inaccurate and misleading, misrepresented known facts, and, in some instances, omitted information that was highly relevant to key decisions in the process to award and execute the $535 million loan guarantee.”[32] Employees at the department reportedly felt pressured by their leadership, the administration, and the company to speed along the loan guarantee despite many financial red flags.[33]

Many press accounts speculated that Solyndra received favorable treatment due to Kaiser’s generosity toward the president’s 2008 campaign. One email from Kaiser to Steve Mitchell, CEO of Argonaut Investments, on March 5, 2010, stated: “BTW, a couple of weeks ago when Ken and I were visiting with a group of Administration folks in DC who are in charge of the Stimulus process (White House, not DOE) and Solyndra came up, every one of them responded simultaneously about their thorough knowledge of the Solyndra story, suggesting it was one of their prime poster children.”[34]

An email from Mitchell to Kaiser admits to discussions with the White House. Mitchell stated on October 6, 2010: “The WH meeting is more about assistance in selling panels to the government than it is about getting the DOE loan revised. The WH has offered in the past and we do have a contact within the WH that we are working with.”[35] Though Solyndra eventually went into bankruptcy, private equity firms such as Argonaut stood to reap “hundreds of millions of dollars” in tax credits, according to federal officials cited by the Wall Street Journal.[36]

The Sunlight Foundation has noted that “Kaiser has built his fortune in part through shrewdly playing the Internal Revenue Code.”[37] The George Kaiser Family Foundation has faced scrutiny for failing to give away enough of its assets in charitable giving. In 2005, the New York Times reported that in the “1980s and 1990s Kaiser paid just $2,688 in federal income taxes and claimed negative income in six out of seven years” even though he was worth hundreds of millions of dollars at the time. It also reported that from 2000 to 2004, Kaiser put aside around $1 billion for charitable endeavors, which allowed him to deflect taxes on his own income. In the words of the Times, “only $3.4 million of the money he set aside has gone to charities.”[38]