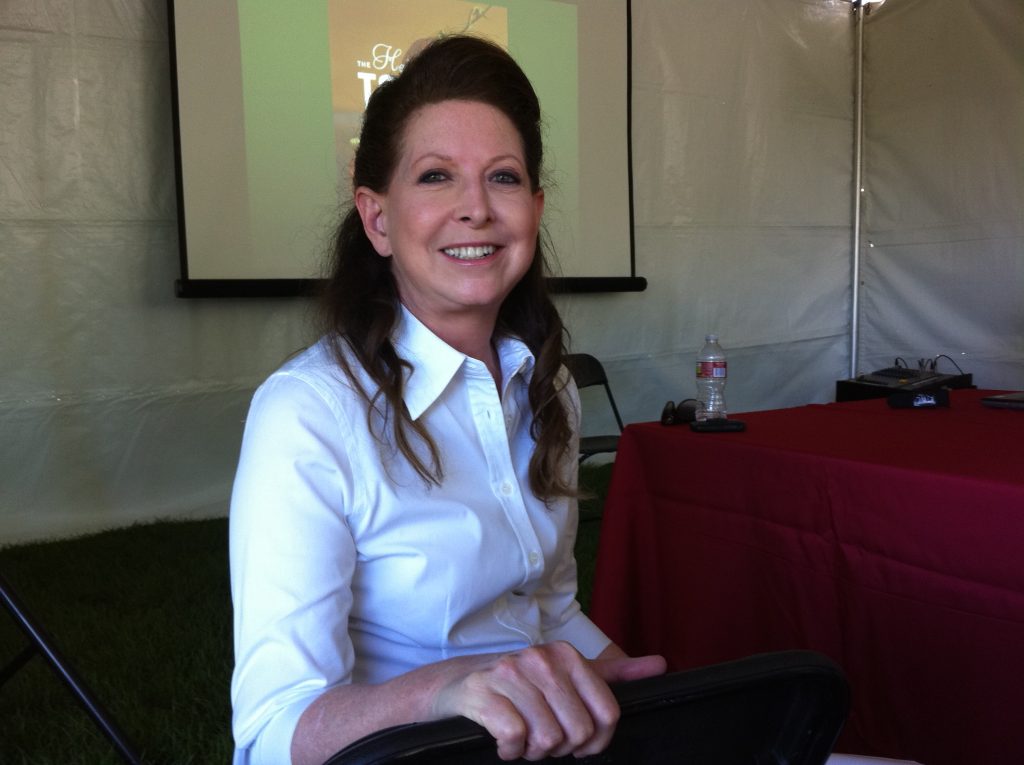 Amy Goldman Fowler is a philanthropist, real estate heiress, and psychologist best known for her gardening and advocacy for heirloom crops and seed preservation. She is a member of the left-of-center donor network Democracy Alliance and sits on the board of a number of philanthropic organizations.[1] She has written four books on heirloom gardening.[2] She is married to Cary Fowler, executive director of the Global Crop Diversity Trust, which runs Svalbard Global Seed Vault.[3] In the 2016 election cycle, she gave about $2.5 million to Democratic campaigns or super PACs.[4] Since 1998, Goldman Fowler has donated more than $4.8 million to candidates and political organizations at the national level; Planned Parenthood has received particular support from her.[5]

Goldman Fowler recently debuted on the Forbes World’s Billionaires list in 2017. She is estimated to have a fortune of $3 billion “thanks to a real estate empire of at least 400 properties, including a stake in the World Trade Center developments.”[6]

Goldman Fowler is the second-youngest daughter of real estate mogul Sol Goldman, who died in 1987.[7] Once New York City’s biggest landlord, Goldman left his four children his firm Solil Management and its more than 400 properties.[8] After working at the real estate firm, Goldman Fowler went on to earn a Ph.D. in clinical psychology.[9] Her mother Lillian Goldman died in 2002.[10]

Goldman Fowler is best known for her work preserving heirloom strains of garden vegetables. She planted her first kitchen garden as an 18 year-old.[11] She advocates for seed collection and preservation, and sat on the board of Seed Savers Exchange for over a decade, serving as the board chair for half that time. She is now a special adviser to the board of the Exchange.[12]

She has written four books on heirloom gardening: Melons for the Passionate Grower (2002), The Compleat Squash (2004), The Heirloom Tomato (2008), and Heirloom Harvest (2015).[13] Goldman Fowler is vice chair of the New York Botanical Garden’s board of managers; she was also previously a member of the New York Restoration Project’s board of trustees.[14]

Goldman Fowler is a trustee of both the Lillian Goldman Charitable Trust and the Amy P. Goldman Foundation.[15] She is an important member of the Democracy Alliance, and hosted a fundraiser for the Alliance headlined by President Obama in her home in 2014.[16] She was an early supporter of the Ready for Hillary PAC, and in the early days of the 2016 Presidential election was the PAC’s biggest donor.[17]

Goldman Fowler donated substantially to left-of-center causes throughout 2016.[18] She gave multiple large donations to Planned Parenthood and has been a supporter of the organization and its political priorities for some time. Between 2011 and 2014, she donated five times to Planned Parenthood Votes, for a total of $2,250,000.[19] In 2016 she gave two donations of $1,000,000 each to Planned Parenthood Votes.[20] Other recipients of substantial donations in 2016 include the Senate Majority PAC, Women Vote!, and American Bridge 21st Century. She also contributed $250,000 to the Democratic National Convention’s Philadelphia 2016 Host Committee.[21] She contributed $750,000 to President Obama’s Organizing for Action in 2014.[22]

Goldman Fowler lives on a 200-acre farm in Rhinebeck, New York, with her husband Dr. Cary Fowler, a former executive director of the Global Crop Diversity Trust, which runs the Svalbard Global Seed Vault, a seed bank in Norway.[24] The couple married in April of 2012.[25] Goldman Fowler credits her husband’s work with prompting some of her own passion for seed preservation and heirloom crops; she read his book Shattering: Food, Politics, and the Loss of Genetic Diversity in the 1990s.[26]