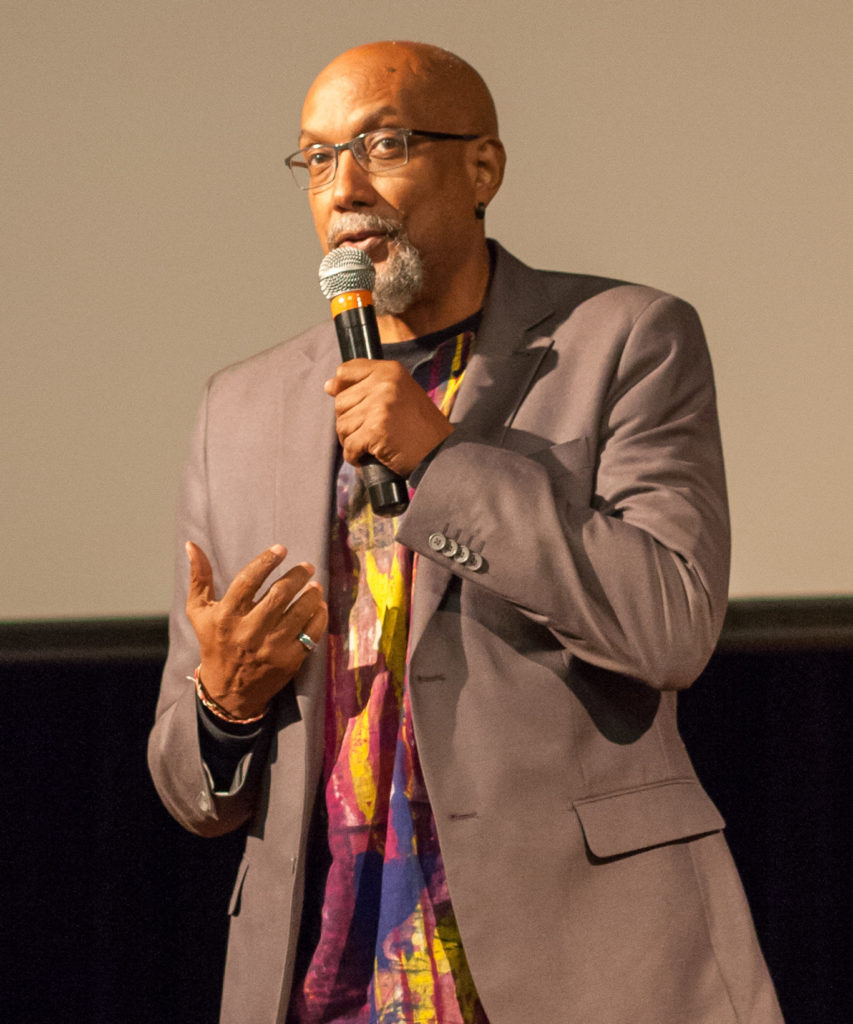 Ajamu Sibeko Baraka is a far-left civil rights and environmental activist. He ran for Vice President of the United States as the running mate of Green Party presidential nominee Jill Stein in the 2016 presidential election.

Baraka works as an associate fellow at the far-left Institute for Policy Studies, is a member of the board of Amnesty International, and was previously the founding executive director at the U.S. Human Rights Network, a network of over 200 left-of-center human-rights organizations. [1] Baraka is also the coordinating committee chairperson for The Black Alliance for Peace, after previously serving as the organization’s National Organizer.[2]

Baraka and 2016 Green Party presidential nominee Jill Stein were both charged with misdemeanor counts of trespassing and criminal mischief after their participation in a protest against the Dakota Access Pipeline. According to the Associated Press, a court document shows that Baraka spray-painted the word “decolonization” on a piece of construction equipment while Stein spray-painted the phrase “I approve this message” on a bulldozer. [3]

After the 2015 attack by radical Islamists connected to the terrorist group ISIS against French satirical weekly Charlie Hebdo, Baraka published an article titled “The Charlie Hebdo White Power Rally in Paris” in the left-leaning online news outlet Dissident Voice. Baraka claimed that anti-Semitism in Europe was a myth and that anti-Muslim sentiment and anti-Arab violence was on the rise, saying, “An open discussion might have framed [the attack] as a classic blowback operation resulting from the weaponization of radical Wahhabism as a tool of Western power from the late 1970s to its current assignment in Syria.” He also claimed that white nationalists in France used the attack as an excuse to rally against Muslims and Arabs in the country. He said, “In short, Je Suis Charlie has become an arrogant rallying cry for white supremacy that was echoed at the white power march on Sunday in Paris and in the popularity of the new issue of Charlie Hebdo.” [4]

Baraka was a member of the African Heritage Delegation to Palestine/Israel from 2014 through 2015. During his time there and largely a result of his work, the delegation released the “Statement of the 2014 African Heritage Delegation,” in April 2015. The statement was extremely critical of Israel and went so far as to claim that “Israeli policy of settlement expansion amounts to ethnic cleansing and 21st century colonialism,” arguing that the U.S. should impose sanctions on the country because of this. [5]

Criticism of Politicians and Celebrities

Baraka has been a prominent critic of many politicians and celebrities for a wide variety of issues.

Baraka spoke out against President Barack Obama’s critical response of the 2014 Ferguson, Missouri riots. Baraka released an article on his website titled “Black Lives Don’t Matter in Racist, Capitalist ‘America’” that called President Obama a derogatory term for African-Americans because of his decision to condemn the riots.

In an interview with the Detroit News during his 2016 vice presidential run, Baraka said that President Obama was a “moral disaster” and one of “the worst things that has happened to African-American people.” [6]

Baraka spoke out against performer Beyonce Knowles’s performance at the 2016 Super Bowl 50 halftime show. In a 2016 article titled “Beyonce and the Politics of Culture Dominance,” Baraka wrote, “I cannot for the life of me understand how Beyonce’s commodified caricature of black opposition was in any way progressive. Instead what I saw was the cultural power of neoliberal capitalism to co-opt opposition, monetize it and provide some mindless entertainment all at the same time.” [7]