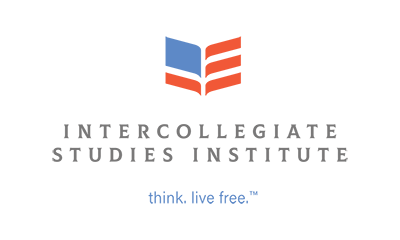 The Intercollegiate Studies Institute (ISI) is a right-of-center educational nonprofit that creates programming and educational materials for college students. The institute was first led by conservative journalist and National Review founder William F. Buckley, Jr., and promotes libertarian and conservative political-economic thought. The organization is based in Wilmington, Delaware, and hosts programming for right-leaning college students such as essay contests, conferences, and training. The institute also has a publishing arm that publishes right-leaning literature, mostly focused on conservative political theory. [1]

The Intercollegiate Studies Institute was founded in 1953 by libertarian scholar and activist Frank Chodorov, an influential figure during the first half of the twentieth century who was a member of the “old-right” coalition of conservative thinkers that stressed a reliance on individual rights. Chodorov was an editor and writer for conservative publication The Freeman during the 1940s and 1950s and went on to help create and edit Human Events, a conservative publication that became an influential voice in right-of-center circles. Chodorov recruited William F. Buckley, Jr. to become the first president of ISI, which initially stood for the Intercollegiate Society of Individualists. Buckley was a young conservative activist at the time who went on to have a large influence on the conservative movement in the United States as the founder of National Review and television host. [2]

Chodorov and Buckley sought to have ISI act as a counter to the Intercollegiate Socialist Society, a well-organized national group that provided socialist academic materials to college students. At the time of its founding, ISI was the first free-market organization that focused on influencing college students. Early activities of ISI consisted of distributing books and pamphlets on college campuses as well as sponsoring right-leaning academic speakers and hosting discussion clubs. The group claimed to have had over 40,000 students take part in its programs by the early 1960s. Chodorov remained active with ISI until his death in 1966. [3]

Rather than training activists like other policy-oriented organizations, the Intercollegiate Studies Institute maintains that it focuses on teaching students about free-market ideas and political theory. The institute is critical of a perceived dominance on modern college campuses of left-leaning political thought. The organization also rails against a perceived lack of free-speech protections on college campuses, particularly for right-of-center viewpoints. The organization’s programs center around key principles including limited government, individual liberty, personal responsibility, and a free-market economy. [4]

Most of the activities of the institute center around promoting conservatism on college campuses. The organization promotes a “collegiate network” [5] of over fifty student-run newspapers promoting right-leaning politics on college campuses. These newspapers include Dartmouth Review, the UPenn Statesman, the Lone Conservative, and the Claremont Independent. The institute provide grants to assist in funding of these papers and helps right-leaning student journalists land jobs and internships at national right-leaning publications. [6]

Other programs offered by ISI give students opportunities to start a conservative book club or discussion group on campus, apply for various fellowship programs, attend various conferences, and receive free books and other materials. ISI is also active in helping bring right-leaning speakers to college campuses and hosting various other on-campus events like debates about various current events. [7]

ISI also maintains a network of right-leaning college professors. ISI offers professors the opportunity to mentor right-leaning students, as well as engage in discussion and networking among peers. The institute also hosts events and conferences for faculty members for like-minded professors to trade notes and lecture resources and provides professors with various archived teaching resources. In addition, the institute provides fellowships to graduate students who plan to have a career in teaching humanities and social sciences in an effort to bolster the ranks of right-leaning college professors. [8]

ISI also publishes and sells hundreds of books on various topics concerning conservative and right-leaning politics and distributes many books to students. Books sold by ISI include biographies of former Republican Presidents Calvin Coolidge and Ronald Reagan, academic books containing collections of writings on classical liberalism, and books covering social issues such as marriage and sexuality. [9]

The current president of ISI is John A. Burtka IV, who assumed duties as president In September 2020. Burtka was previously the executive director of the American Conservative, a right-leaning magazine and online publication based in Washington, D.C. Earlier in his career, Burtka was a development associate on the staff of ISI. He is a 2012 graduate of Hillsdale College. [11]

Members of the board of trustees of ISI include many notable individuals in right-of-center politics and policy. Notable trustees include Bridget Wagner, the vice president of external affairs at the Heritage Foundation; Ed Feulner, the co-founder and longtime president of the Heritage Foundation; Linda Bean, a political activist in Maine whose family runs the L.L. Bean company; and Larry Arnn, the President of Hillsdale College. Former trustees of the organization include late right-leaning philanthropists such as Holland H. Coors and Richard M. DeVos Sr. and former U.S. Attorney General Edwin Meese III. [12]

The Intercollegiate Studies Institute receives funding from various right-leaning funding organizations as well as from private individuals. The organization also receives funding through book sales and event sponsorships. In the 2019 fiscal year, ISI reported $7.8 million in revenue and support with around $700,000 coming from publication sales and programs and $6.8 million from contributions. [13]

In recent years, the organization has received funding from groups including the Richard and Helen DeVos Foundation, the Scaife Foundations, The Lynde and Harry Bradley Foundation, and the F.M. Kirby Foundation. [14]