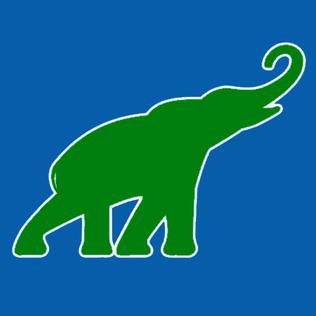 Conservatives for Responsible Stewardship (CRS) was founded in 1999 as the REP Environmental Education Foundation, changing its name in 2012. CRS is the charitable arm of Republicans for Environmental Protection (REP), which has been doing business as ConservAmerica since 2012.

Conservatives for Responsible Stewardship attempts to be a critical “counterbalance” to most on the political right by pushing environmentalist public policy from a notionally conservative perspective. CRS says its idea of stewardship is “smart, efficient, fiscally responsible and economically sound” and argues that the group’s policy views are consistent with conservative principles like those articulated by Edmund Burke and Ronald Reagan. CRS states that they are pushing back on left-of-center environmentalists who dislike capitalism and present unworkable policies that are polarizing and ineffective.

CRS has advocated for the maintenance or reimplementation of US federal government regulations on restricting the use of federal land for commercial use, specifically natural resource extraction. The group has also fought against the federal government giving or ceding federal land to states or Native American tribes out of a concern that this will lead to the development of land for resource extraction. The group also advocates for federal subsidies to environmentalist energy providers and the nuclear power industry, the implementation of laws requiring fees on fossil fuels to fund a public trust, and support for the Kigali Amendment to the Montreal Protocol, an international treaty provision that would limit the production of certain chemicals believed to contribute to global warming.

CRS attempts to be a critical “counterbalance” the mainstream pro-resource development tendency on the political right by displaying a contrary view of conservativism in the realm of conservationism and environmental public policy. The CRS says its idea of stewardship is “smart, efficient, fiscally responsible and economically sound” and argues that they are genuinely conservative. The CRS states that they are pushing back on left-of-center environmentalists who dislike capitalism and present unworkable policies that are polarizing and ineffective. [2]

Conservatives for Responsible Stewardship seeks to educate conservatives, elected officials, and the public about the organization’s take on environmentalism from a notionally conservative perspective. To accomplish these tasks, the CRS employs media campaigns, educational publications, conferences, workshops, and support for local activists. [3]

Conservatives for Responsible Stewardship supported many other environmentalist groups that pressured the Obama administration to dictate the creation of several new national monuments in Bears Ears (Utah), Basin and Range (Nevada), Browns Canyon (Colorado), Katahdin Woods and Waters (Maine), and Northeast Canyons and Seamounts (Massachusetts). CRS is currently attempting to stop the Trump administration from opening the Bears Ears and Grand Staircase-Escalante national monuments in Utah to the oil and gas industry. [4]

This effort was CRS’s attempt to affect what the group deemed as a “helter-skelter” policy of Donald Trump’s administration by using the Administrative Procedures Act of the US’s Department of Interior (DOI) to withdraw the prohibition on exploring 117,000 acres of land for future oil and gas leasing in five western states. [5]

Expanding the use of Environmentalist Energy

Conservatives for Responsible Stewardship funded a successful 2018 referendum in Nevada to make solar and geothermal power generation 50 percent of the state’s energy mix by 2030. A similar CRS campaign is planned for Arizona, where a renewable energy ballot initiative recently failed in 2018. [6]

Support for the Kigali Amendment to the Montreal Protocol Treaty

Conservatives for Responsible Stewardship is lobbying President Donald Trump to support the Kigali Amendment to the Montreal Protocol Treaty, a treaty to phase out the production and consumption of possible ozone-depleting substances (ODS). The purpose of this amendment was to phase out hydrofluorocarbons (HFCs) used in refrigeration and air conditioning because environmentalists claim HFCs are greenhouse gases. Additionally, CRS supported an Energy Innovation and Carbon Dividend Act in 2018, which would increase taxes on “carbon fuels” as a fee that will be used in a pooled public fund to invest. The public fund would provide equal shares to individuals in the US with a Social Security Number (SSN) or Taxpayer Identification Number (TIN), and a half-share for all minors. [7]

Conservatives for Responsible Stewardship claims that its support for government action to combat climate change is a conservative position while also admitting that “While scientists do not know everything there is to know about our climate, nor can they predict every impact of climate change with 100% certainty,” the reduction of carbon emissions should be a priority. CRS believes that conservative values will help illuminate a path to more “effective, efficient, smart, fiscally responsible, economically sound, and enduring” policies to reduce carbon emissions and other environmental issues. The organization recommends using market-based solutions put forward by conservatives or else, “we will likely lose out to the command-and-control regulations favored by liberals.” [9]

Conservatives for Responsible Stewardship highlights the long history of conservatives such as President Richard Nixon in passing legislation such as the Clean Water Act of 1972 with bi-partisan support to further the calls for conservatives to be more active in the environmentalist policy. The group equates clean water to a necessity for the health, quality of life, and economic prosperity of the US. CRS claims to be fighting “special interests” that are attempting to weaken and profit from reducing specific environmental regulations. [10]

Environmental wetlands are another source of concern for the CRS as it claims that specific “special interests” are attempting to reduce regulatory protections for wetlands and small streams. Wetlands are supposed to be more effective than human-made infrastructure at trapping, storing, filtering, and slowly releasing storm water for free in the CRS’s assessment. [11]

CRS touts the conservative and Republican legacy of preserving public lands, most notably Theodore Roosevelt’s creation of the US Forest Service and National Monuments and Antiquities Act. The organization supports recreational access to federal land but wants to prohibit the use of federally owned land for most commercial activities and resource extraction. [12]

Conservatives for Responsible Stewardship’s energy policy seeks to minimize the environmental impact of energy production while limiting the environmental impacts of the energy industry. The group highlights conventional fuels as a significant source of energy but also the primary source of negative impacts on the environment from energy production. Energy efficiency in production and consumption in CRS’s view is a “conservative way” to mitigate negative effects of the energy industry in addition to saving consumers money through lower demand for energy through efficiency gains and through diversifying the American energy mix to reduce price shocks by external or internal events. [13]

CRS does not support government subsidies for the oil, gas, and coal industries through tax breaks but is open to subsidies to the environmentalist and nuclear energy industries. The rationale for CRS’s support for government subsidies to the renewable and nuclear energy industries is to counter the past use of subsidies to the oil, gas, and coal industries. “CRS opposes efforts to single out wind and solar tax incentives for elimination while ignoring those that benefit competing energy sources like gas, oil, and coal.”  The group’s support for nuclear energy is to act as an offset to the “high upfront cost of building nuclear power plants, the costs of insuring against accidents, and the low cost of other energy sources.” CRS desires policymakers to conduct an objective cost/benefit analysis of government subsidies for the best return on investment for public funds. [14]

David Jenkins is the president of CRS and was employed by CRS’s predecessor, Republicans for Environmental Protection (REP), beginning in 2005.  Before joining REP and then CRS, David Jenkins was on the legislative staff for Senator Pete Domenici (R-NM). [15]