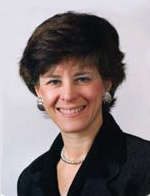 Wilma Liebman is a labor union lawyer best known for serving as a Democrat on the National Labor Relations Board (NLRB) from 1997 to 2011. She was appointed chair of the NLRB by former President Barack Obama, serving from 2009 to 2011 during a tumultuous period in the Board’s history during which the NLRB faced several legal challenges after operating without a quorum. [1]

Liebman was born in Philadelphia, Pennsylvania. She received an bachelor’s degree from Barnard College and a law degree from George Washington University in 1974. After graduation, she became a staff attorney at the National Labor Relations Board . In 1980, she became staff counsel for the International Brotherhood of Teamsters, a position she held until 1989. From 1990 to 1993, Liebman was counsel to the International Union of Bricklayers and Allied Craftworkers. [2]

In 1994, Liebman was named special assistant to the director of the Federal Mediation and Conciliation Service (FMCS). In 1994, Liebman was appointed to a three-person mediation panel by the National Mediation Board, which oversees strikes in the railroad and airline industries. [3] As a member of that panel, Liebman helped to resolve the 1994-95 Major League Baseball strike, which lasted for more than 50 days and caused the cancellation of the 1994 World Series. [4] Liebman was promoted to deputy director of the FMCS in 1995 and served for two years in that position. [5]

In the second term of the Bush administration, Liebman became increasingly vocal about rulings from the NLRB, accusing the Board of becoming too pro-management. In a 2007 hearing before a Congressional subcommittee, commenting on an NLRB ruling in which the NLRB found in favor of the employer, Liebman claimed that the slowness of the NLRB and its frequent rulings in favor of management would make employees less likely to come forward. [6] Liebman also asserted that the NLRB’s decisions reflected more than simply ideological changes reflective of new presidential appointments, claiming, “Something different is going on—more sea change than seesaw.” [7]

In a 2008 article in the Journal of Labor and Society, Liebman questioned whether NLRB decisions that protected workers’ rights to reject unionization suggested that “the notion of collective action as a means to equality and social justice has been abandoned, with a regime of individual rights elevated in its place.” [8]

On January 20, 2009, then-President Barack Obama designated Liebman chairman of the NLRB. [9] Teamsters president James P. Hoffa, Jr. lauded Liebman’s “sense of fairness and decency” and said she would “restore the board into the honest broker of differences between employees and their employer that it has been for most of the past 75 years.” [10] Republicans and conservatives criticized Liebman’s designation, with Fox News commentator Sean Hannity pointing to her 2008 article in the Journal of Labor and Society as an example of her “radical track record.” [11]

When Liebman became chairman of the NLRB, the statutorily five-member board had three vacancies and consisted of only Liebman and Republican-appointed member Peter Schaumber, depriving the NLRB of a quorum. Liebman and Schaumber agreed that they would continue to decide uncontroversial matters before the NLRB, but would not agree to any precedent-changing decisions without a quorum. [12] The Democratic-controlled Senate had refused to confirm Republican nominees to the NLRB during the George W. Bush administration, and Republican Senators maintained a filibuster against Democratic nominees from the Obama administration. [13]

Three federal appeals courts approved the Board’s power to issue decisions pursuant to this agreement between Liebman and Schaumber. But the appeals court for Washington, D.C, held that all decisions of the NLRB issued without a quorum were void. President Obama nominated Craig Becker, a former attorney for the AFL-CIO and Service Employees International Union who had advocated for prohibiting employers from campaigning against unionization, to the NLRB. [14] Then-U.S. Senator John McCain (R-AZ) called Becker “the most controversial nominee that I’ve seen in a long time” and placed a hold on his nomination. [15] Ultimately, Becker’s nomination failed. [16]

In June 2010, the Supreme Court held that the NLRB could not legally operate without a quorum. Traditionally left-leaning Justice John Paul Stevens sided with conservative justices, holding that allowing two members to run the agency when the Senate and the White House could not agree on new members would be letting the Board “create a tail that would not only wag the dog, but would continue to wag after the dog has died.” The decision invalidated almost 600 decisions made by the Board during the period in which it lacked a quorum. [17]

In April of 2010, President Obama made two recess appointments to the NLRB, including Becker, and Democrats took a 3-1 majority on the Board. [18]

The newly reconstituted Board moved quickly to reconsider an earlier decision that rejected “card check” unionization procedures, in which members vote on whether to unionize by turning in authorization cards, instead of voting through a secret ballot. Democrats had made the authorization of card check elections a major policy goal since the 2008 Presidential election. [19] The NLRB approved card check in December 2010. [20] It also overturned two Bush administration decisions, mandating a six-month waiting period after an employer recognizes a union before employees could challenge unionization and imposing a six-month to one-year window for employees or a rival union to challenge a union’s status after a company’s ownership changes. [21]

The NLRB also approved a new rule requiring private employers to display posters explaining union rights and threatened to sue states that passed laws guaranteeing the right to a secret ballot in union elections. [22] Liebman described the newly reconstituted Board as “reinvigorated” and accused Republicans of preferring “that the board be dead or dying.” [23]

Liebman’s term as NLRB Chair expired on August 27, 2011 and she was not renominated. She told the New York Times after stepping down that Republican criticism of the agency was “grossly out of proportion to what has happened and what has been done” and accused Republicans of “com[ing] in with a baseball bat.” [24]

Liebman now teaches labor law at the University of Illinois and is also a senior research associate at the Labor and Worklife Program at Harvard University Law School. [25]