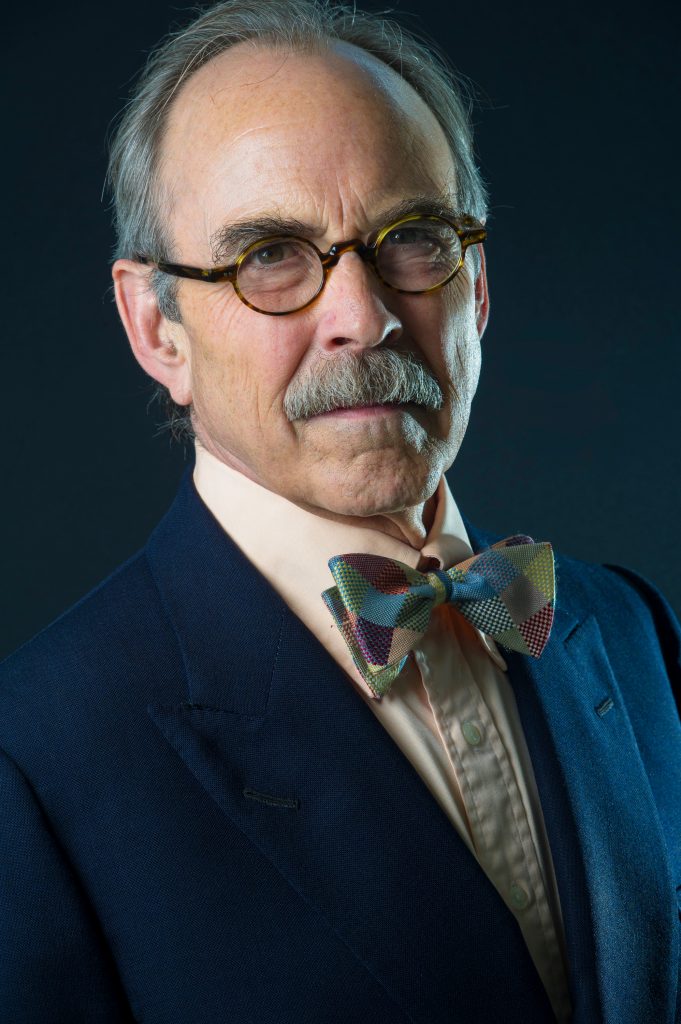 William Hall Janeway is a left-of-center economist and policy advocate. He is the co-founder of the Institute for New Economic Thinking (INET), a think tank founded in 2010 with the financial backing of billionaire financier and left-of-center philanthropist George Soros that pushes for increased government involvement in the economy. Janeway sits on the institute’s board of governors. He is also a member of the Social Science Research Council (SSRC) board of directors, as well as the advisory board of Princeton University’s Bendheim Center for Finance and the board of managers of Cambridge University’s Endowment for Research in Finance. [1]

In 2021, Janeway and his wife Weslie Resnick announced the launch of the Janeway Institute, an economic policy think tank intended to serve as a successor to INET at Cambridge. The Janeways, who have also given millions of dollars in grants to the Cambridge economics department, indicated that they would be the primary funders of the institute. [2] [3]

Between 2012 and 2020, William Janeway gave between $100,000 and $400,000 per election cycle to various left-of-center candidates and organizations, including the pro-abortion political action committee (PAC) Planned Parenthood Votes and the Democratic Party-affiliated political donation pass-through PAC ActBlue. [4] Open Secrets lists Janeway and his wife, Weslie Resnick, as being in the top 1,500 U.S. political donors for several of those election cycles. [5]

In 2015, Janeway signed onto a letter to the Securities and Exchange Commission which called for requiring corporations to disclose their political donations. [6]

In addition to his involvement with Institute for New Economic Thinking, the SSRC, Princeton, and Cambridge, as well as his writing, Janeway has worked in senior management positions at several prominent investment firms. These include F. Eberstadt & Co. (later Eberstadt Fleming Inc.) and Warburg Pincus LLC, which he joined in 1988 and which retains him as a special limited partner. [7] Warburg Pincus’s president is Timothy Geithner, who was President Barack Obama’s Treasury of the Secretary from 2009 to 2013, and was CEO of the Federal Reserve Bank of New York from 2003 to 2009. [8]

INET was founded in 2009 with the stated objective of responding to the 2008 global financial crisis and developing novel economic theories and policies. George Soros, the controversial activist financier who pledged to provide the institute with $50 million in grants over ten years, claimed at the time that lack of financial industry regulations had been the primary cause of the crisis and that increased state intervention would be necessary in the future. In 2012, he announced that he would contribute another $50 million to INET. Janeway has also been one of the institute’s other major backers and has pledged at least $25 million to the institution. [9] [10]

Robert Johnson, the president of INET and the co-founder of the institute along with George Soros, was previously a managing director at Soros Fund Management, which oversees the activist financier’s investments and operates its own philanthropic entity, the Soros Fund Charitable Foundation. [11]

The SSRC publishes research on a broad variety of sociological issues. The council has received funding from the Open Society Foundations, whose founder, George Soros, also provided significant financial support to INET. In addition, the SSRC has received funds from major left-of-center philanthropic institutions such as the Ford Foundation and the William and Flora Hewlett Foundation, as well as numerous foreign governments. [12] [13]

The Pyewacket Institute was founded by Janeway, and his wife served as its president. According to biographies of Weslie Janeway, it “supports young investigators in the natural and social sciences as well as community and cultural organizations in New York City.” [14]

The Janeway Institute was founded in 2021 inside Cambridge, and is intended to be the successor of INET. [15] Its other backers include departments at Cambridge. It has published papers on diverse topics, such as mental health related to COVID-19 lockdowns, patterns of violence, and market liquidity. [16] The institute’s director is Vasco Carvalho, who previously was INET’s director. Carvalho described the institute’s three goals as addressing economics, training “the next generation” of economists, and creating cross-science research. [17]

In 2012, Janeway published Doing Capitalism in the Innovation Economy, in which he argues for greater government involvement in the economy in order to promote innovation. The book received praise from George Soros, as well as former Google executive chairman Eric Schmidt and influential venture capitalist Marc Andreessen. The Financial Times, a leading economics newspaper, listed it among its “Best Books of 2012.” [18] [19] A review in the left-of-center publication Slate contrasted it favorably with other popular critiques of the investment world, particularly Griftopia by left-of-center journalist Matt Taibbi and Unintended Consequences by right-of-center economist Edward Conard. [20]

In April 2021, Janeway published an article in Common Dreams, a left-of-center publication which takes its name from a book by the founder of the radical-left Students for a Democratic Society. The article included a sympathetic perspective on the massive expansion of government power under the 1930s “New Deal” program of Democratic President Franklin Roosevelt and a partial endorsement of the modern environmentalist agenda often marketed as the “Green New Deal.” [21]

Janeway has written many pieces for Project Syndicate, a publication which covers world affairs from a left-of-center perspective and has received funding from the Soros Network and the Bill and Melinda Gates Foundation, among other sources. One piece examined business strategy and capital accumulation; another examined the green energy industry from the perspective of whether the U.S. government would provide the support Janeway implied is necessary to combat climate change. [22] [23] [24]

William Janeway’s father Eliot was a prominent left-of-center economist who had been an advisor to Democratic presidents Franklin Roosevelt and Lyndon Johnson. According to William Janeway’s now-deceased brother, the journalist Michael Janeway, their father had once held communist sympathies and changed his name as part of what Michael Janeway’s obituary in the Washington Post described as a “lifelong pattern of deception.” William’s mother Elizabeth was a novelist. [25]

Janeway received a bachelor’s degree from Princeton University and a doctorate in economics from Cambridge University in the United Kingdom. [26] He married Weslie Resnick, the vice president of the New York City-based private investment firm F. Eberstadt & Co., in 1985. At the time, Janeway sat on the firm’s board of directors. [27] Janeway’s wife is heavily involved in a variety of philanthropic and educational organizations, including some at Cambridge, and has worked in labs which research stem cells. She was previously president of the Pyewacket Foundation. [28]

Janeway and his wife have made multiple large research donations to academic institutions, including over $32 million in 2015 to Cambridge and Princeton. They gave $27 million to Cambridge to create a new economics institute, and fund the faculty, doctoral students, fellowships, and other positions within it. [29] The $5.6 million donation to Princeton focused on research related to financial markets, especially tied to researching the financial industry’s collapse which led to the 2008 Great Recession. [30]

Weslie Janeway made a match donation of one million dollars to the biomedical research institution Jackson Laboratory in 2009. [33] She made an additional donation of $1.5 million in 2016. [34]