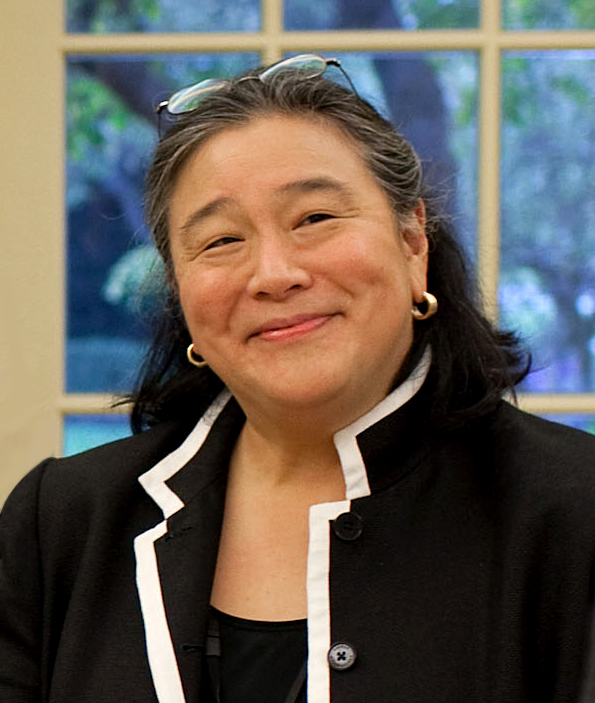 Christina “Tina” M. Tchen[1] is a Chicago-based lawyer, former Obama administration official, and former president and CEO of the left-of-center women’s advocacy groups  Time’s Up Foundation[2][3] and Time’s Up Now.[4]

In August 2021, Tchen resigned as president and CEO of Time’s Up after it was revealed she had helped to advise disgraced then-Governor Andrew Cuomo (D-NY) on a public relations campaign to discredit accusations of sexual harassment against him.[5] [6] Tchen was named in state attorney general Letitia James’ (D-NY) lengthy report into allegations of Cuomo’s sexual harassment, and initially downplayed her involvement, but it was later revealed that Tchen had commanded her colleagues to “stand down” when they pressed her to issue a statement in support of Cuomo’s accusers.[7] [8] [9]

Tchen worked in the Obama administration in various roles from 2009 to 2017, including as chief of staff to former First Lady Michelle Obama.[10] She has worked as an internal sexual harassment investigator for the controversial left-leaning[11] Southern Poverty Law Center (SPLC),[12] and is on the board of left-of-center nonprofits including When We All Vote, Civic Nation,[13] and United State of Women.[14]

In March 2019, Tchen was hired by the controversial left-leaning[17] Southern Poverty Law Center (SPLC) to investigate SPLC workplace culture after allegations of sexual harassment and racial discrimination led to the ouster of SPLC co-founder Morris Dees and the resignation of SPLC president Richard Cohen.[18]

Tchen also co-chairs the left-of-center United State of Women,[21] which she first launched with fellow Obama Administration official Valerie Jarrett at the White House in 2016.[22] Speakers at the inaugural event included left-wing political activist Jane Fonda and Me Too Movement founder Tarana Burke. [23]

Kaplan resigned shortly after the investigation’s findings were published[36] and Tchen’s alleged willingness to work with Cuomo drew sharp public criticism.[37] Despite Tchen’s public apology for Time’s Up Now’s role in downplaying the sexual harassment allegations[38] and her claim that her role in drafting the op-ed was overstated and that she played no role in it,[39] she faced calls to resign from her from her position with Time’s Up.[40]

The day the investigation into Cuomo was concluded, Tchen published a tweet denying the allegations made in the New York Attorney General’s report, writing, “I had a phone call with Robbie Kaplan about a letter she said was being sent by [Cuomo’s] staffers during which I gave the same advice I give to everyone else: No survivor should be attacked and the truth should be told.” [41]

On August 26, 2021, the Washington Post reported that newly obtained text messages proved Tchen was much more involved with the cover-up effort than she initially claimed to be. The text messages reportedly showed that Tchen told her colleagues to “stand down” from issuing a statement in support of Lindsey Boylan in the days following Boylan’s accusations against Cuomo. [42] Tchen was joined in her opposition to issuing a statement by Hillary Rosen, managing director at SKD Knickerbocker, who wrote that she was concerned that issuing a statement would give Fox News “a headline to run all day” that would negatively impact Cuomo. The same day, Tchen announced her resignation as president of Times Up. [43]

In the weeks after the investigation into Cuomo was made public, a for-profit sexual harassment investigation and consulting company that Tchen and Robbie Kapalan founded, HABIT Advisors, also reportedly took its website offline. [44]

Tchen allegedly intervened in the 2019 Jussie Smollett hate crime hoax by facilitating connections between Cook County State’s Attorney Kim Foxx (D) and the Smollett family to reduce the risk of leaks to the media[45] before charges against Smollett were dropped.[46]

Tchen was subpoenaed for “any and all documents, notes, phone records, texts, tape recordings made or received at any time concerning your conversations with Kim Foxx in re Jussie Smollett” as an outgrowth of a civil case filed on the matter.[47] According to a process server, Tchen refused to be served with the subpoena in May 2019.[48]

On March 18, 2019, the Southern Poverty Law Center (SPLC) announced that it would be retaining Tchen, to lead “a comprehensive review of the SPLC’s workplace culture and its past policies” following the resignation of SPLC leadership amid widespread allegations of workplace sexual misconduct and racism. [49]

Left-leaning journalists employed by the SPLC during the time of Tchen’s investigation have since claimed that the investigation suffered from a lack of transparency and that its findings were never put into any writing that SPLC employees were shown. According to the former SPLC employee, once Tchen’s investigation began “it became abundantly clear to many of us that she had been hired to protect the reputation of the SPLC, and not to enact or recommend changes that would benefit staff—changes that we desperately needed.” [50]

Following the 2020 election, Tchen has said the work of forming a “more perfect union lies ahead of us;”[51] claimed the COVID-19 pandemic has been a “pandemic, health care, and racial-justice crisis”; [52] labeled criticisms of Vice President Kamala Harris during the 2020 presidential campaign “sexist and racist and misogynistic;”[53] and labeled U.S. Supreme Court Associate Justice Amy Coney Barrett’s record “disqualifying.” [54]

Tchen has said the fight to end critical race theory-inspired “systemic racism” requires self-examination, leadership, and a commitment to “structural change”;[55] argued that the “new normal” of COVID-19 restrictions has adverse consequences for women, particularly women of color; [56] and called criticisms of women candidates for political office unfair, saying they “handicap leaders in multiple dimensions.” [57]

At an event promoting Sesame Workshop fellow Jordan Shapiro’s book How to Be a Feminist Dad hosted by the Brookings Institution, Tchen emphasized the importance of having a woman-centered narrative, not a neutral objective, and suggested those who agree with her “use whatever words you can use” to get the desired result in the end, when referring to differences between critical race theory-inspired terms like equity in comparison to words such as equality. [58] Tchen also said it was important for those who share her views to “double down on efforts of change” because the political climate could be less favorable for left-of-center views in the future despite ongoing “demographic change.” [59]