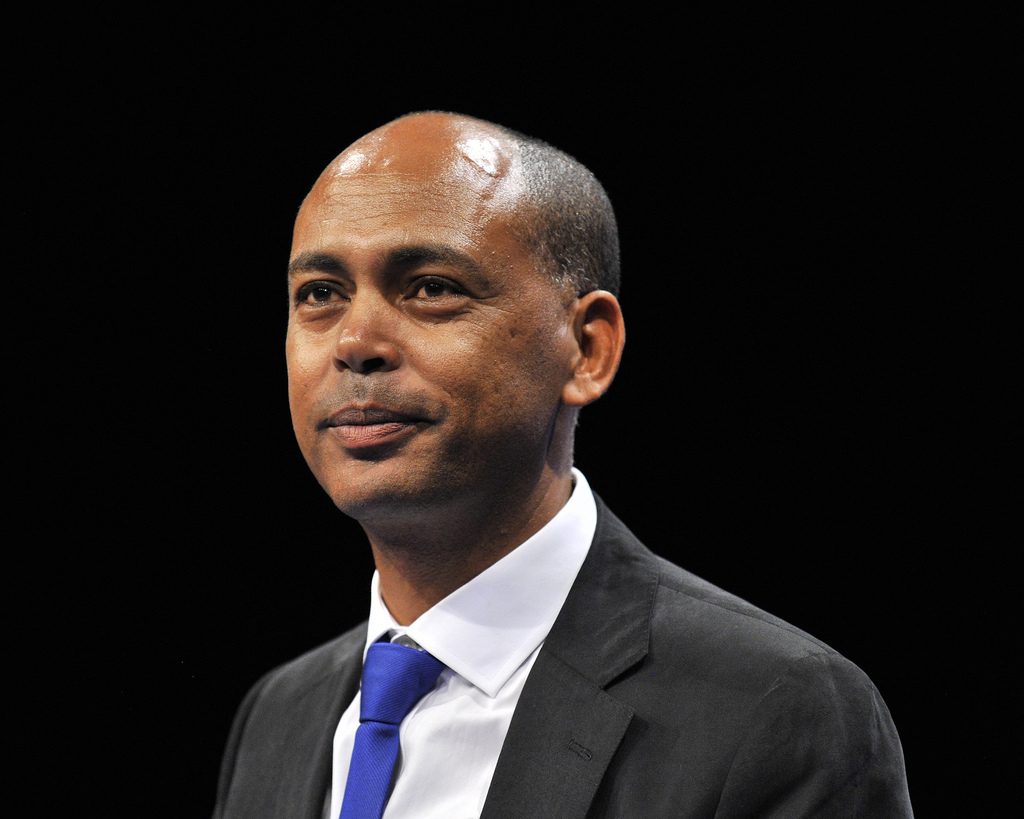 Tefere Gebre is the executive vice president of the AFL-CIO, America’s largest federation of labor unions. He has held the position since 2013, and is the first immigrant, political refugee, and black man elected to the union federation’s leadership in the history of the organization. [1]

Observers consider Gebre more broadly left-leaning than the rest of the union federation’s executive leadership. Gebre alleged that a brief suspension by AFL-CIO president Richard Trumka in 2019 was due to Gebre’s advocacy in favor of unions becoming more engaged in the political Left’s broad social change movement related to race, prisons, and immigration. [2] The AFL-CIO had stated the reason for Gebre’s suspension was an investigation for a $117.70 charge at a Miami strip club. [3]

Gebre was born and raised in Ethiopia until the age of 15. At that time, he and several friends escaped the war-torn nation, walking for 93 days through Sudan before applying for entry to the United States through the U.N. Refugee Agency; of his group, only Gebre was admitted to the U.S. [4]

Gebre credits the International Rescue Committee with helping him thrive in the U.S., where he arrived without family or other support. With the Committee’s assistance, he attended high school, secured work and public assistance, and reconnected with his mother in Ethiopia. He eventually attended California State Polytechnic University on an athletic scholarship and worked nights loading trucks. [5] He became a member of the Teamsters.

While going for his MBA at the University of Southern California, Gebre became a legislative aide for the then-speaker of the California State Assembly Willie Brown (D-San Francisco). [6] He was also the first black person and immigrant to be elected president of the California Young Democrats. [7]

Rising in the Labor Movement

Gebre continued to rise through the ranks, becoming executive director of the AFL-CIO’s youth and college initiative. [9] Later, he was director of government relations for a union and political director for the California Labor Federation. In 2008, he became executive director for the California Labor Federation, where he increased membership by more than 15,000, beefed up the Federation’s political and program operations, and launched a communications division. [10]

Gebre was elected to one of the national AFL-CIO’s top three executive positions, executive vice president, in 2013, where he has focused significant attention on left-leaning immigration reform issues. He is the first black person and the first immigrant to be in the union’s executive leadership. [11] He is considered to be politically further left than the rest of the union’s leadership, and wants the union to engage in a broader range of issues, especially those affiliated with the left-of-center social policy movements concerning race, immigration, and incarceration. [12]

AFL-CIO president Richard Trumka briefly suspended Gebre from his position in 2019 for a work reimbursement request of $117.70 related to Gebre’s expenditures at a strip club while campaigning for Florida gubernatorial candidate Andrew Gillum (D). [13] Gebre fought the suspension, hiring an attorney who claimed that Trumka had overstepped his authority. [14] Though he was later reinstated, Gebre alleged the suspension was more about a power struggle about the direction of the AFL-CIO than the reimbursement request. [15]

In 2017, Gebre said that there was a need to “restore democracy” in America. He also compared the circumstances of America’s immigrants to a controversial migrant-worker sponsorship practice used by certain Middle East nations including Qatar and the United Arab Emirates known as kafala and said that black men and women in America are justified to fear being shot by police because of their race. [16]

In February 2020, Gebre spoke at a Transit Equity Day event in Maryland. [17] Transit Equity Day is an advocacy day effort meant to promote climate change alarmism and public transportation. [18] He co-led a group of union leaders to the U.S.-Mexico border in 2019 to promote looser immigration policies. An AFL-CIO spokesperson said the trip was made with a number of goals, including confronting “white supremacy.” [19]