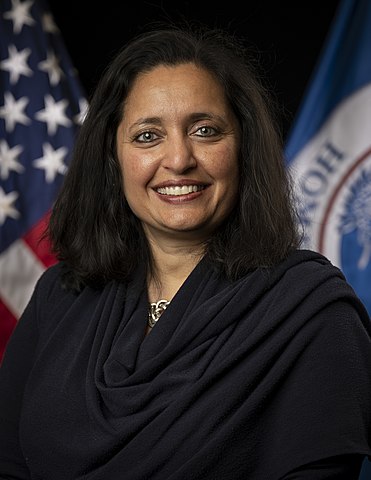 Appointed by Secretary Alejandro Mayorkas - March 2022..The Homeland Security Advisory Council (HSAC) leverages the experience, expertise, and national and global connections of the HSAC membership to provide the Secretary real-time, real-world, and independent advice to support decision-making across the spectrum of homeland security operations.

Sonal Shah is a former Democratic Party operative and current president of the Asian American Foundation. [1]   She was the national policy director of the 2020 Pete Buttigieg presidential campaign. Shah also worked as the Director of the Office of Social Innovation and Civic Participation within the Obama administration. [2] She has previously worked for Goldman Sachs and the Google Foundation, one of the charitable arms of the search engine company. [3]

As the national policy director of Pete Buttigieg’s 2020 presidential campaign, Sonal Shah was criticized for engaging actively in seeking campaign donations, a task typically delegated to staff in charge of campaign contributions. [8] Shah’s ties to Goldman Sachs and Google, coupled with her position as a high-level, policy-determining member of the campaign, called into question her role in personally soliciting donations from Democratic Party-aligned super donors. Critics claimed that her actions while on the Buttigieg campaign “wipe[d] out the line between policymaking and solicitation of campaign contributions” that previously existed within campaigns. [9]

In 2009, the Obama administration appointed Shah as Director of the Office of Social Innovation and Civic Participation within the White House. The office was created at the time of Shah’s appointment, receiving a $50 million budget in 2010. [10] Shah directed the office between 2009 and 2011.

The office was tasked with finding ways to make policy decisions across various agencies on a more evidence-driven basis, increasing the impact of federal spending, and providing capital funding to strengthen nonprofit organizations. [11] The grantmaking arm of the office, the Social Innovation Fund, was designed to require recipients to find a two-to-one private contribution match for each dollar provided by the federal government. By the end of 2016, the office issued $295 million in federal grants to organizations selected by the Obama administration. [12]