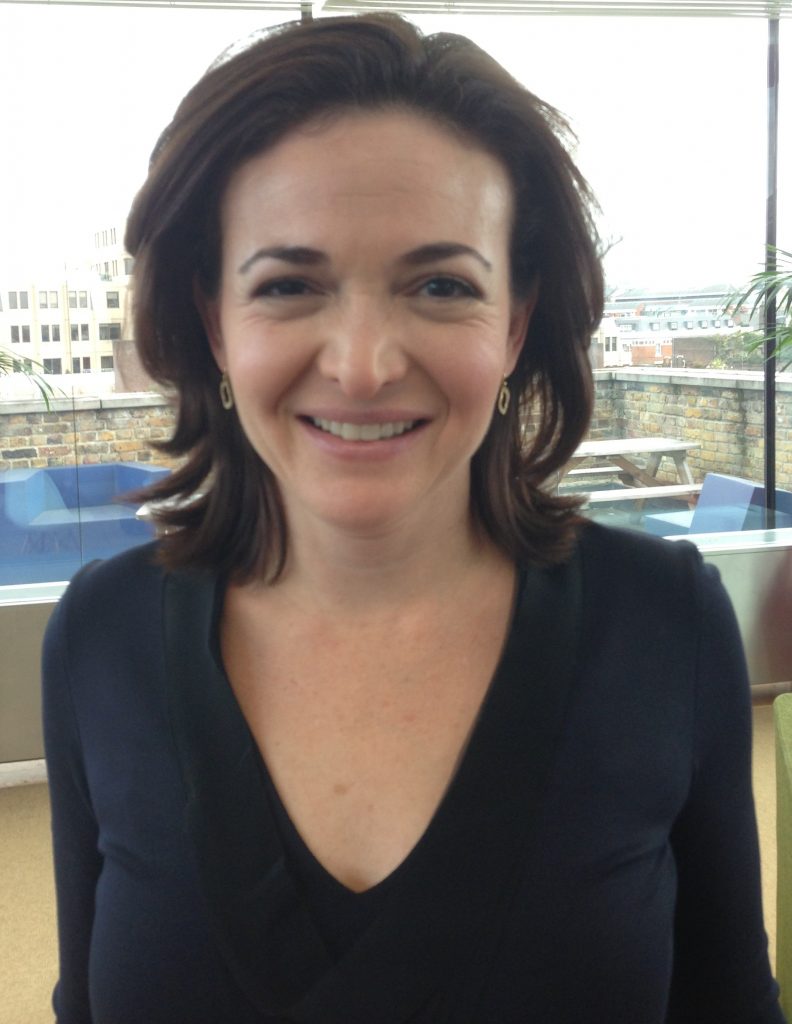 Sheryl Kara Sandberg is an American technology executive, activist, and author. In June 2022, it was announced that Sandberg would be stepping down as Meta’s COO, a position she had served in since 2008. As of December 2022, she serves on the company’s board.[1] Previously, she was vice president of global online sales and operations at Google. She was also former chief of staff to Treasury Secretary Lawrence Summers.

In 2014, Sandberg joined with Beyoncé, Jane Lynch, and Jennifer Garner in the feminist “Ban Bossy” campaign. [2]  In 2016, Sandberg endorsed Hillary Clinton for President. [3]