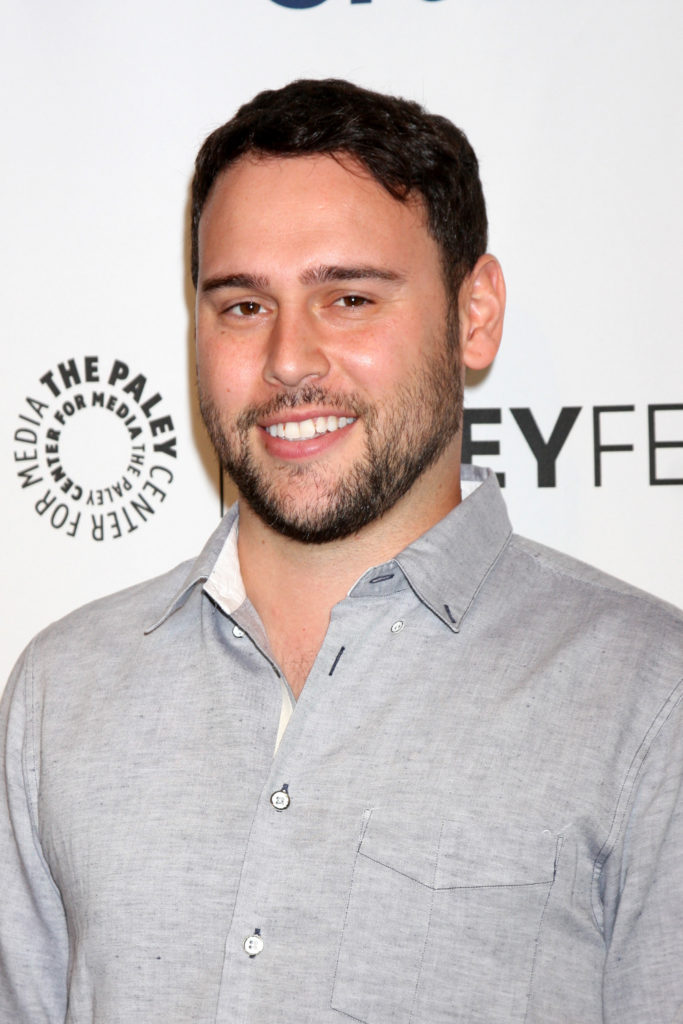 Scott Samuel “Scooter” Braun is a music and entertainment executive who co-founded and provided substantial financial support to the anti-gun March for Our Lives protest.

Braun was born in New York City but grew up in Greenwich, Connecticut. He attended Greenwich High School where he was elected class president. After high school, he attended Emory University in Atlanta, Georgia, playing Division III college basketball. [1]

During his time at Emory, Braun began organizing parties at local night clubs and working as a promoter for local rap and hip-hop artists. Eventually, he dropped out of college to become the head of marketing at So So Def records, an Atlanta-based hip-hop recording label, as well as an events promoter and manager. Braun was fired after several years at So So Def because of disputes with label management and set out on his own as a marketing agent and promoter for musicians, including the rappers Ludacris and Asher Roth. [2]

After starting his own company, Braun saw then 12-year-old Justin Bieber performing on YouTube. Braun contacted Bieber’s mother, who brought her son to Atlanta for a try-out. Eventually, Braun would form Raymond Braun Media Group in partnership with hip-hop star Usher to manage Bieber, signing the young singer to a record deal with Island Def Jam records. (Usher’s family name is Raymond.)[3] Braun also has interests in film and television production and events promotion through his company SB Productions. [4]

Braun tweeted his support for “gun control laws to add to our freedoms not take away” [sic] after the 2016 attack at the Pulse night club in Orlando, Florida. [5]

On February 14, 2018, a 19-year-old man with a history of mental illness shot and killed 17 people and wounded 17 others at Marjory Stoneman Douglas High School in Parkland, Florida. Two weeks later, the entertainment gossip web site TMZ reported that Braun and actor George Clooney were working behind the scenes to fund and organize the “March for Our Lives,” a rally in Washington, D.C. to call for stricter gun restrictions. [6]

Billboard reported that along with Facebook, Braun’s company SB Productions “was working behind the scenes with artists and Marjory Stoneman Douglas High School survivors. The company coordinated donation and event pages, and shared speeches and performances through video and livestream, helping to raise over $500,000 for the cause.” The March for Our Lives rally featured celebrity speakers as well as students from the high school. [7]

Later that year, speaking at a country music industry conference in Nashville, Tennessee, Braun criticized country music stars for not supporting gun restrictions, saying, “I know in this town a lot of artists are afraid to come out and have this conversation…. If you want to be on the right side of history, help them,” i.e., the March organizers. [8]

In April 2020, Braun and liberal financier George Soros’s son Alexander Soros were attacked on social media by recording artist Taylor Swift. Swift was angered when, without her approval, the record label Big Machine, owned by Braun, released a recording of a concert Swift gave in 2008, when she was 18 years old. Braun’s Ithaca Holdings, a holding company that Braun used to purchase the rights to Swift’s music, is heavily backed by investments from Alexander Soros. [9] Swift called the release “Just another case of shameless greed in the time of Coronavirus. So tasteless, but very transparent.” [10] She was later criticized by Bend the Arc Jewish Action, a left-wing social activist group with which Alexander Soros is involved,[11] for allegedly using an anti-Semitic slur in condemning Soros (who is Jewish) for greed. [12]