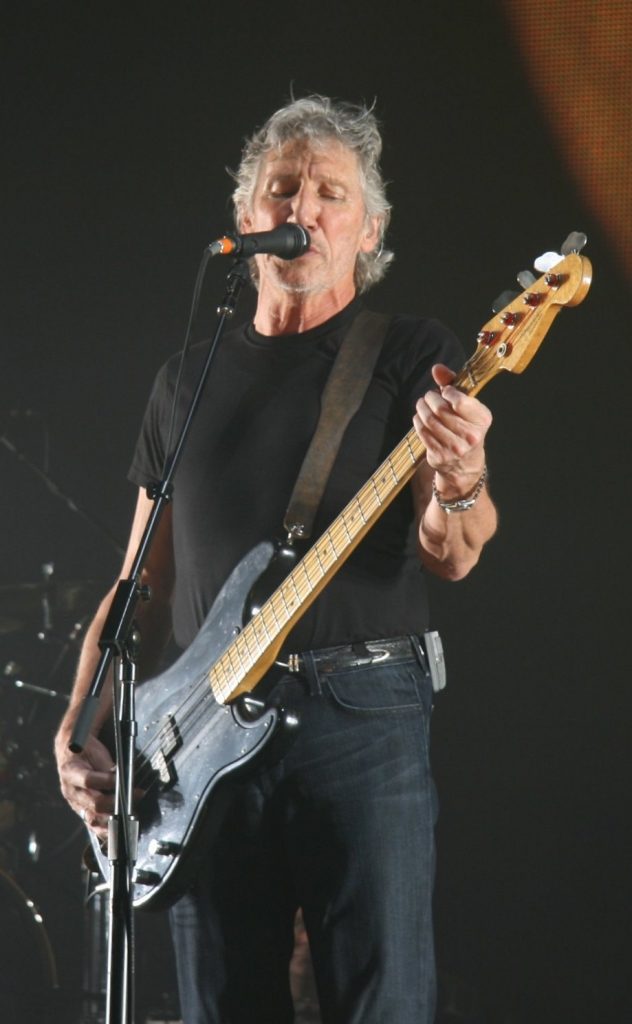 Roger Waters is a British musician and former front-man of the progressive rock band Pink Floyd. Waters is known for his support for left-wing activism, and is a supporter of the anti-Israel Boycott, Divestment, and Sanctions (BDS) movement.

Waters also supports Chelsea Manning, who controversially leaked classified data from the National Security Agency (NSA) in January 2010 to the website WikiLeaks. He is critical of the oil and natural gas company Chevron, and was involved in an allegedly fraudulent lawsuit against the company in October 2018.[1]

The Countryside Alliance, the Millennium Promise, and the Live Earth Concert

As early as 2004, Waters supported a number of left-leaning environment and public health organizations. He has performed in benefit concerts for survivors of the December 2004 Indian Ocean earthquake and tsunami, which killed nearly 228,000 people.[2]

Waters was also involved with the Countryside Alliance, a British rural life interest group. The group opposed the controversial British Hunting Act of 2004, which bans most forms of wild animal hunts—most prominently foxhunting–in England and Wales. Waters, who was an avid fan of fishing, opposed the law until he decided to move to the United States the next year.[3]

In 2007, Roger Waters became a spokesman for the left-leaning nonprofit Millennium Promise, which provides funding development programs in Africa.[4] The organization has received $50 million personally from the liberal billionaire donor George Soros.[5]

Waters also performed in the environmentalist Live Earth concert in 2007.[6]

Support for the BDS Movement

Roger Waters had been critical of the state of Israel since at least 2009, when he criticized Israel’s wall around the West Bank, which was constructed after the Palestine Liberation Organization declared the Second Intifada in 2006.[7]

In 2011, Waters joined the Boycott, Divestment, and Sanctions (BDS) movement and advocated for “people around the world support the Palestinians in their civil, nonviolent resistance.”[8] The BDS movement is largely criticized in the U.S. for possible anti-Semitism; the BDS movement demands behavior from Israel that it does not ask from any other democratic nation.[9]

In 2015, BDS movement supporters issued a call for an “International BDS wave of solidarity with Palestinian Popular Resistance” that coincided with the beginning of a wave of stabbing attacks against Israelis by Palestinian extremists.[10]

Waters has asked fellow musicians to skip performing in Israel, writing that whoever does is giving “succor to the Israeli government’s apartheid policies.”[11] Roger Waters also compared Israeli policy to “what went on in the ‘30s in Germany” and used an inflatable pig with a Star of David to equate Israel with totalitarian regimes.[12] Waters has been criticized by Abraham Foxman, the former national director of the left-of-center anti-Semitism watchdog Anti-Defamation League (ADL), who found his fervent anti-Israel sentiments to be riddled with  “anti-Semitic intent.”[13]

In November 2018, Waters participated in a BDS event held in Buenos Aires, Argentina, a day before holding a concern in the city. He told event participants, “We must insist to our local governments to pressure Israel, in favor of the human rights of the Palestinians.” In response, the Argentina Zionist Organization, a Jewish group, called Waters “one of the great anti-Semitest of our time” in protest to what it labeled Waters’s “hate speech.” The Wiesenthal Center, an American Jewish group, also demanded Waters’s Argentinian hosts denounce his “abuse of their hospitality and his message of hate” and called on his concert sponsors to withdraw financial support.[14]

In 2009, then-New York Attorney General Andrew Cuomo threatened to investigate the energy company Chevron while the company was a defendant in a multi-billion-dollar lawsuit in Ecuador. The lawsuit charged Chevron with environmental damages to the Amazon rainforest in Ecuador, even though the company had not actually drilled for oil there. [15] Chevron’s internal reports later revealed that the plaintiff’s main lawyer, Steven Donziger, paid Greenpeace activist Rex Weyler $15,000 to write “Chevron’s Amazon Chernobyl Case moves to Canada,” an environmentalist blog article against the company.[16][17] Donziger has since been disbarred from practicing law in New York due to his corrupt conduct during the trial.[18]

Roger Waters has been outspoken against Chevron, saying that it is “disquietingly apparent that the rich and powerful are still much attached to the feathering of their own nests at any cost to others.”[19] Waters attended the courtroom when the case moved to Canada, where Chevron holds much of its assets, where he helped promote the story of the lawsuit to the public.[20] Documents released to the court showed that Roger Waters had two equity positions that had a financial stake in Chevron’s legal settlement, and his share would have been around $9.6 million.[21]