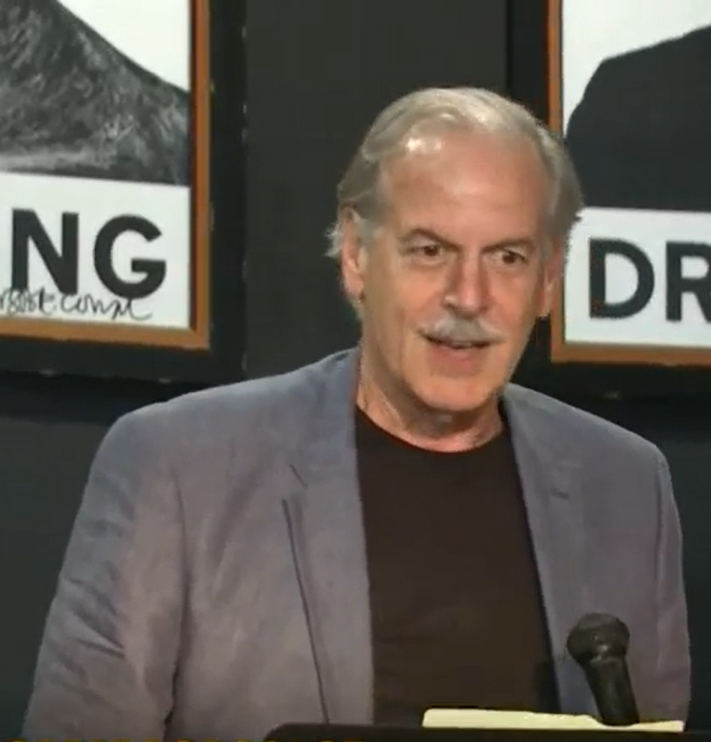 Robert Borosage was born in Ohio in 1945. He received a bachelor’s degree in political science from the Michigan State University in 1966, a master’s degree in international affairs from George Washington University in 1968, and a law degree from Yale Law School in 1971. [4] Between 1971 and 1974 Borosage practiced law, and in 1974 he founded the now defunct Center for National Security Studies, an Institute for Policy Studies spinoff, [5] that opposed mainstream American foreign policy positions and sought to challenge the CIA’s legal authority to engage in counterterrorism activities. [6]

Borosage worked as director of the Institute for Policy Studies from 1977 to 1988. [7] During this time he participated in the U.S.-U.S.S.R. Bilateral Exchange Conference in Minneapolis, at which activists from the United States met with counterparts from the Soviet Union, some of whom reportedly were currently or formerly connected to Soviet intelligence services. The purpose of the conference was to discuss the arms race between the two countries. [8]

Robert Borosage was the issues director for Jesse Jackson’s failed 1988 presidential campaign. [9] Borosage has worked as a consultant for a number of left-of-center political campaigns, including for U.S. Rep. Jamie Raskin (D-MD) and former Senator Paul Wellstone (D-MN). [10]

Robert Borosage has supported labor unions and forced unionism throughout his career. [11] In a blogpost for the United Steelworkers, Borosage criticized the Tax Cuts and Jobs Act of 2017, arguing that tax cuts do not create more jobs, and claimed that government spending is a more effective way to increase the number of union jobs in the United States. [12]

Borosage’s Campaign for America’s Future has ties to the Service Employees International Union (SEIU), a powerful union that advocates for forced unionism for building services employees, nurses, and government workers. [14] In 2016, employees of Fight for $15, which advocates for raising the national minimum wage and is orchestrated and funded by SEIU, demanded that SEIU pay them at least $15 per hour for their labor and allow them to unionize. [15] SEIU objected to both requests, as it did not want to institute a $15 minimum wage, and did not want the workers to unionize as SEIU employees, as SEIU had long disclaimed any control over Fight for $15. [16] Campaign for America’s Future, which has taken funding from SEIU in past years, [17] came to SEIU’s defense and claimed that the dispute between the two demonstrates that Fight for $15 was in fact independent from SEIU all along, despite evidence that its employees were paid by the union. [18]

In 2002, Bryan Keefer, then a research assistant at SEIU, moonlighting as an independent journalist, criticized Borosage for referring to Bush-era Republicans as “Enron Conservatives.” [19] Keefer called the term a cheap smear. [20] Shortly after it became aware of Keefer’s work, SEIU informed Keefer that he could not remain as an employee of the union if he continued to write critically of the political left.. [21]

Borosage has called for the Biden Administration to adopt more left-of-center positions on the economy, foreign policy, and COVID-19 management. [22]

According to Borosage, the Centers for Disease Control and Food and Drug Administration “were far too timid and politically inept,”  in their delays distributing N95 masks and COVID tests. [23] Similarly, he argued that the sudden collapse of the U.S.-supported government in Afghanistan could be attributed to mainstream “blob” foreign policy advisors. [24]

Borosage has criticized the Biden administration for failing to meet progressive demands, and recommends that the administration issue executive orders to cancel student debt and carry out labor-union-aligned worker protections. [25]

Before the passage of bipartisan infrastructure spending legislation in 2021, Borosage advised the Biden administration not to pursue it. [26] Borosage claimed a partisan bill is preferable because “[i]nvestment in infrastructure generates jobs and growth will pay for itself” and “the government can borrow for virtually nothing.” [27]