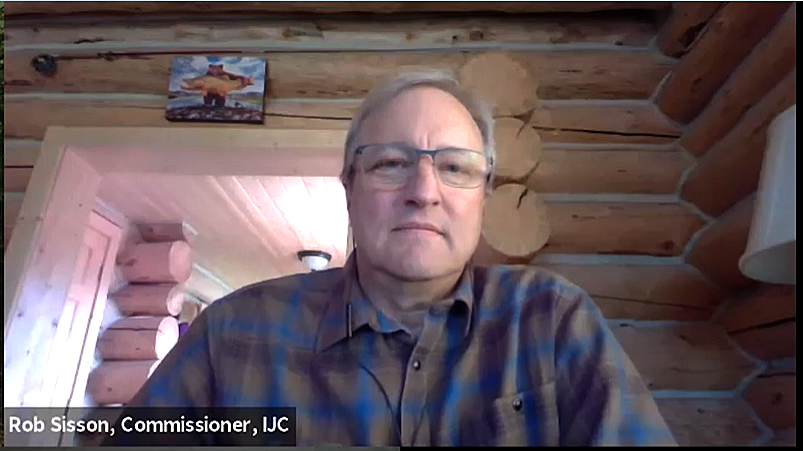 Rob Sisson is the President of the Michigan-based environmentalist nonprofit ConservAmerica (formerly known as Republicans for Environmental Protection).

In August 2019, Sisson was appointed by President Donald Trump to the International Joint Commission, an American-Canadian bi-national organization that manages border waterways. [1] His appointment succeeded US Commissioner Dereth Glance, an appointee of former President Barack Obama. [2]

Rob Sisson was described by WVIK, Quad Cities NPR, as someone “active in the Republican Party.” [3] He served two terms as mayor of the city of Sturgis, Michigan, and ran unsuccessfully in the 58th District of the Michigan House of Representatives in 2008. [4]

He also served on the Sturgis City Commission from 2003 to 2016 and held ranking positions in the Sturgis and St. Joseph County Economic Development Corporations. [5]

He was President of ConservAmerica from 2006 until April 2019, when he stepped down to assume his federal appointment to the International Joint Commission. [6] He had previously been appointed by former Michigan Governor Rick Snyder (R) to the state’s Environmental Justice Working Group in 2017. [7]

Prior to his political and environmentalist career, Sisson was a small business banker.

In interviews, Rob Sisson has expressed a desire for the Republican Party to propose solutions to man-made climate change. Some of the policies that he has publicly supported are carbon taxes, “cap-and-trade” emissions trading, increased federal regulation, and a national energy plan to decrease private regulatory uncertainty. [8]

Rob Sisson is married to his wife, Theresa. They have two children: Nathaniel and Benjamin. [9]

Sisson is a practicing Catholic. [10]