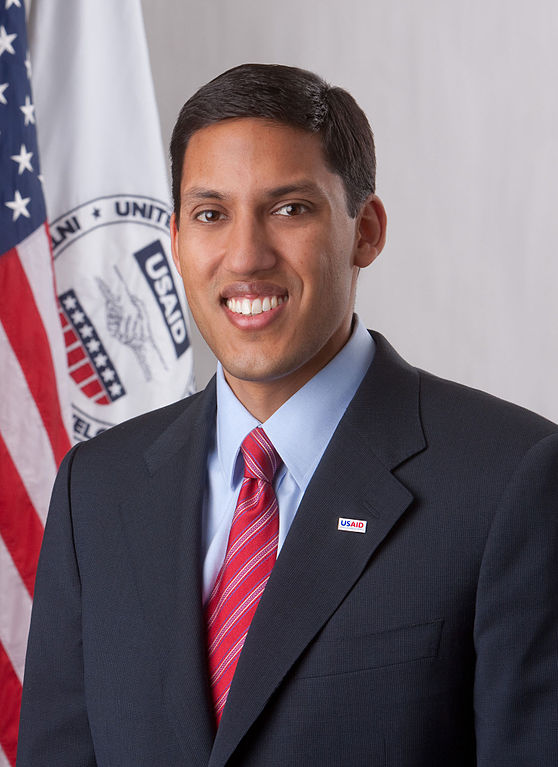 Rajiv Shah is a former Democratic Party operative who currently works as president of the Rockefeller Foundation. The Rockefeller Foundation is a left-of-center grantmaking organization that supports environmentalist organizations and social policy advocacy through support for organizations such as New America, the Urban Institute, and the Funders Committee on Civic Participation. [1] Between 2009 and 2015, Shah was the Administrator of the United States Agency for International Aid (USAID) for the Obama administration. [2]

Between 2002 and 2009, Shah was a director at the left-of-center Bill and Melinda Gates Foundation, an organization that has historically supported abortion-advocacy groups such as Planned Parenthood [5] and worked alongside left-of-center labor unions, such as the American Federation of Teachers. [6]

In 2009, Rajiv Shah was appointed by the Obama administration as the 16th Administrator of the United States Agency for International Aid (USAID). [7] USAID has been criticized for providing endless financial support, mainly in the form of taxpayer-supported loans, to corporations seeking to expand their footprint in the developing world, rather than supporting developing countries. [8] USAID has in particular been criticized under Shah for this development, with the left-leaning publication Current Affairs crediting the Obama administration with taking corporate investment by USAID to “large strategic proportions.” [9]

During his time at USAID, Shah gained a reputation for building consensus between USAID and Republican lawmakers on foreign aid funding when common ground in other areas with the Obama administration seemed elusive. [10] Some have given Shah credit for a “transformation” at USAID due to his “ability to negotiate the work of an administration many feel showed little interest in extending its hand for congressional support.” [11]

Rajiv Shah has led the left-of-center Rockefeller Foundation since 2017. [12] During his tenure, the Rockefeller Foundation has become more active in race-focused social policy, including initiatives that earmark capital funding for small businesses led by African American and Latino people. [13] Shah also oversaw a $1.5 million contribution to the left-wing Boston University Center for Antiracist Research. [14]