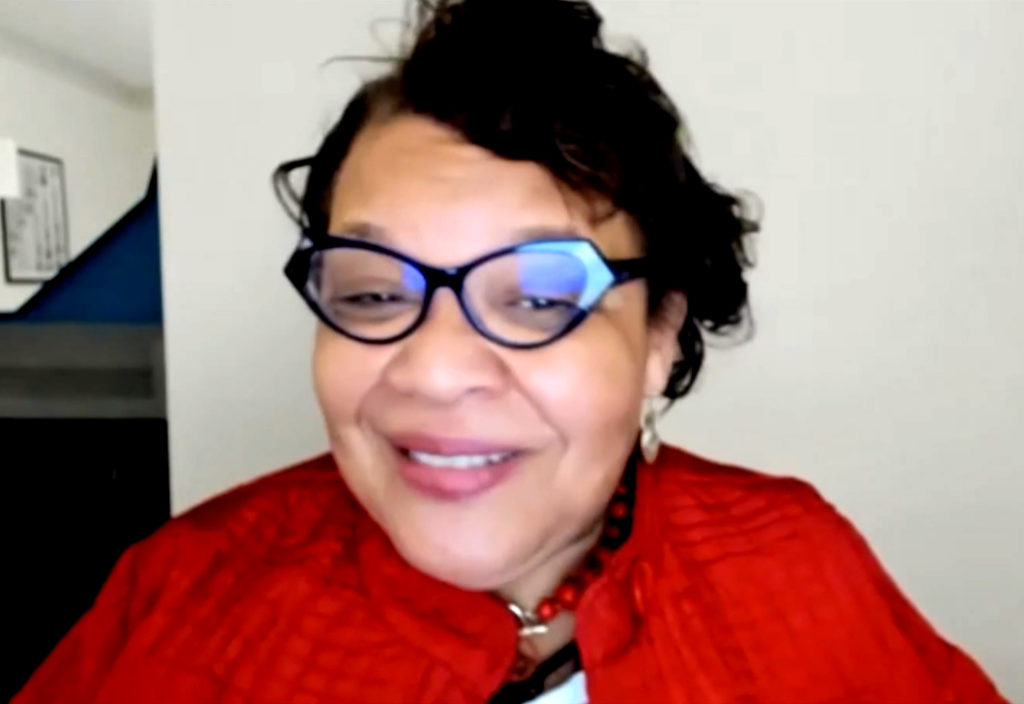 Moss’s parents worked as public school bus drivers, and her father drove a taxi in her hometown of Fredericksburg, Virginia. Moss’s sister was one of the first African Americans to attend Mary Washington College (now the University of Mary Washington) in Fredericksburg, and Moss followed her in 1979, majoring in music. [1] In college, she became a student member of the Virginia Education Association (VEA), the NEA’s Virginia state affiliate. Since the beginning of her career, Moss has worked as an elementary school music teacher in Louisa County, Virginia. Moss later received a master’s degree in elementary and secondary administration and supervision from the University of Virginia. [2]

In 2004, Moss began the first of her two terms as president of VEA. As head of the state teachers’ union, she criticized the Standards of Learning, Virginia’s standardized testing program, claiming that “teachers feel increasingly constrained by rigid testing curriculum.” [3] Under Moss’s leadership, the VEA endorsed then-Democratic Lieutenant Governor Tim Kaine in his gubernatorial race against then-Virginia Attorney General Jerry Kilgore (R). The VEA spent heavily on then-Lieutenant Governor Kaine’s successful campaign, which endorsed the creation of a universal taxpayer-funded pre-kindergarten program in Virginia with the support of the VEA. [4] [5]

Moss also sat for two terms on the NEA Executive Committee, where she worked on the advisory committee that guided the union’s strategy during the reauthorization of the Elementary and Secondary Education Act, which dismantled the George W. Bush administration’s “No Child Left Behind” initiative. Moss also worked on the Dropout Prevention Advisory Committee.

In 2014, Moss was elected secretary-treasurer of the NEA with the responsibility of overseeing the collection of union dues and budgeting. Joining NEA president Lily Eskelsen Garcia and vice president Rebecca Pringle, Moss became part of the first all-minority, all-female leadership team of a major labor union. [6]

Moss joined teachers in West Virginia in 2018 on the second day of a statewide strike. Responding to widespread parent discontent about the strike, which closed schools for more than two weeks, Moss asserted that the teachers would “stand as long as we need to stand” until lawmakers met their demands. The strike resulted in a 5% salary raise for West Virginia public school teachers. [7] In 2019, she expressed her support for[8] and joined striking teachers in Sacramento, California during a brief strike aimed to increase the hiring of teachers, school nurses, and counselors. [9] In a 2018 commentary, Moss wrote that although “strike actions can still be relevant,” teachers’ unions needed to increase political activism among their members “to shift the balance of power.” [10]

On August 5, 2020, Moss was elected vice president of the NEA with 88% of the vote to serve a three-year term. [11] During her candidacy, Moss denounced the idea of school voucher programs, claiming that school-choice programs put public schools up “for sale.” [12]