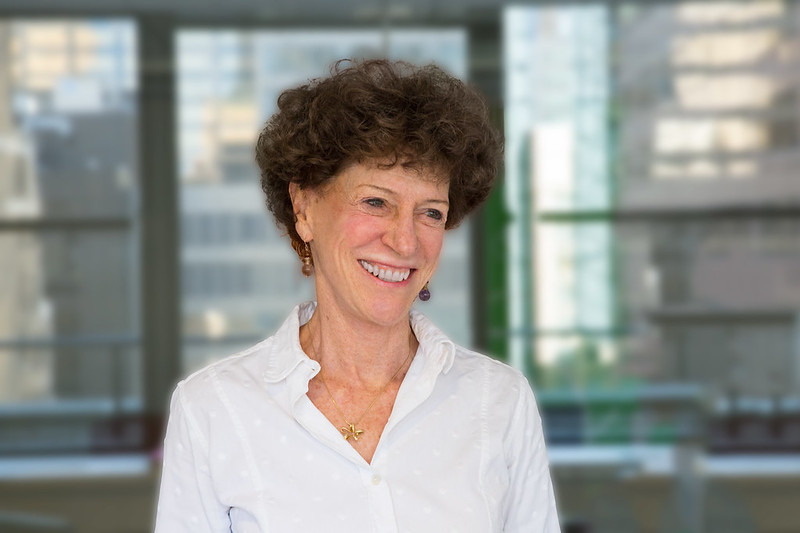 Peggy Dulany is an heiress and philanthropist. She is the daughter of David Rockefeller and donor to Democratic Party politicians and left-of-center causes, particularly in her adopted state of Montana. [1]

Dulany is the chair of Synergos, an organization that she founded to give philanthropists, nonprofit organizations, businesses, and governments access to each other. The goal is to develop the leadership necessary to combat poverty. [2]

Dulany has also sat on the boards of numerous organizations including the Rockefeller Brothers Fund, the Africa-America Institute, among other organizations. [3]

Peggy Dulany was born in 1947. She is the daughter of David Rockefeller and is a fourth-generation Rockefeller. The name Dulany is her middle name. [4]

In the 1960s, Dulaney marched against the Vietnam War in Washington, D.C., and denounced capitalism. She began to distance herself from her family. [5]

In the late 1960s, she went to Rio de Janeiro, Brazil, to do some work with the poor people in the city. She worked on a child vaccination program in a Brazilian squatter settlement. [6]

Two years later, she returned to Rio de Janeiro to work on an urban migration study there. While she was there working, a local reporter announced over a loudspeaker that he would pay cash to anyone who had information about the Rockefeller that was working in their midst. At that time in 1969, Dulany decided to drop the Rockefeller name because she wanted to earn her way in the world and get jobs under her qualifications, not because of her family name. [7]

Dulany enrolled and graduated from Radcliffe College as an honor graduate. She also earned a doctorate in education from Harvard University. [8]

After receiving her doctorate, she spent the next six years running an alternative high school in Boston. The school was targeted towards high school dropouts and helping them earn a diploma. Around this time, her views on big business began to change. [9]

In the early 1980s, Dulany joined the New York City Partnership, an organization her father founded. The goal was to bring corporations together with government to work on philanthropic projects like youth employment and low-income housing. While working on the partnership, she developed the idea for Synergos. In 1987, she founded Synergos. The purpose of Synergos is to connect the business community with non-profit organizations and governments around the world to tackle issues like poverty and other problems plaguing underdeveloped countries. [10]

Among the people she has worked with are the MacArthur Foundation, which she connected to the widow of Mozambique’s former president. Together, they established the first grantmaking entity in Mozambique. [11]

She stepped down from the presidency of Synergos in 1998 but remained chair of the organization. [12]

In 2001, she co-founded the Synergos’ Global Philanthropists Circle with her father David Rockefeller. The circle connects philanthropic families with the organizations that need their money. [13]

Dulany is also a donor to the Democratic Party and its candidates and causes. She donates mostly to Democrats in her adopted home state of Montana, where she has a ranch. She has also donated to the pro-abortion organization EMILY’s List. [14]