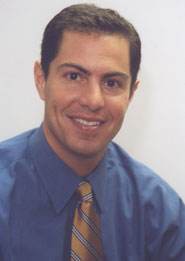 Guerriero is a former Massachusetts state legislator; from 1998 to 2001, he served as mayor of Melrose, Massachusetts. A former Republican, Guerriero announced in 2010 that he was leaving the Republican Party to identify as an “Independent.” [1]

Guerriero is the former leader of Log Cabin Republicans, an LGBT group within the Republican Party. [2] Guerriero also worked as founding executive director of Gill Action Fund from 2006 to 2011, a gay and lesbian advocacy group.