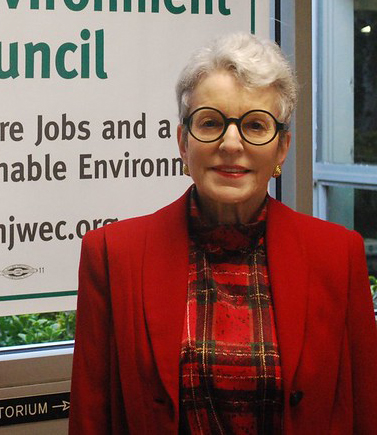 Patricia Bauman is a philanthropist and president of the Bauman Family Foundation, [1] a foundation funder of major left-wing organizations such as the Brennan Center for Justice,[2] the Natural Resources Defense Council,[3] Media Matters for America,[4] and the Center for Community Change. [5] She holds a number of official positions with various left-of-center organizations, including serving as a trustee for the Natural Resources Defense Council and board chair for the Natural Resources Defense Council Action Fund,[6] as co-chair of the board[7] of the William J. Brennan Center for Justice, and as board vice-chair for Democracy Alliance. [8] She is also on the boards of NEO Philanthropy,[9] the Working America Education Fund,[10] and Catalist. [11]

Bauman Foundation board members are affiliated with numerous left-wing causes and organizations, including David Brock (founder of Media Matters for America), Anne Bartley (a former trustee for Rockefeller Philanthropy Advisors), and Deepak Bhargava (executive director of the Center for Community Change). [12] From July 2008 through June 2019, the foundation gave out more than $63 million, most of it to left-of-center organizations. [13] Over roughly the same period, Bauman personally donated more than $1.7 million to federal candidates and committees supporting the election of Democrats. [14]

Bauman became president of the foundation in 1987, following the death of her father, philanthropist Lionel R. Bauman, the foundation’s founder. [15] She is married to John Landrum Bryant, who is also the foundation’s vice president. [16] As of 2015, Bauman and Bryant were paid $364,895 in total annual compensation by the foundation for their positions as president and vice president. [17] Prior to running the foundation, Bauman did consulting work for the Milbank Memorial Fund and the AFL-CIO. [18] She has degrees from Radcliffe (sister school to and now a part of Harvard), the Columbia School of Public Health, and the Georgetown University Law Center. [19]

Patricia Bauman is the daughter of New York attorney, real estate investor, and philanthropist Lionel R. Bauman. She became president of the Bauman Family Foundation after his death in 1987. The foundation’s biography of Mr. Bauman states that he left his entire estate to the foundation. [20][21]
As of June 2015, foundation records showed Ms. Bauman as a full-time (40 hours per week) contributor to its work receiving total annual compensation of $230,000. [22]

Before taking over as president of the foundation, she had worked as a consultant developing the Milbank Memorial Fund’s occupational health program for farm workers. She also organized conferences regarding occupational and environmental diseases for the AFL-CIO. She has degrees from Radcliff/Harvard College, Columbia School of Public Health and the Georgetown University Law Center. [23]

Her husband, John Landrum Bryant, is the Bauman Family Foundation’s vice president, and as of 2015 was paid total annual compensation of $134,895. [24] The foundation’s biography describes Bryant as “a polymath designer of jewelry, furniture, lighting and bath and home accessories” who was president of the National Park Foundation prior to joining the Bauman Family Foundation. He is responsible for the foundation’s investment policies and oversight of its programs. [25]

Bryant was sued in 2012 for sexual harassment after a man stating he had been working as the housekeeper for Bryant and Bauman accused Bryant of trying to coerce him into a sexual relationship. [26] As of early 2019 it is unclear how or if the lawsuit had been resolved.

Bauman is a board member for several left-wing organizations, several of which have received funding from the Bauman Family Foundation.

Bauman is on the board of directors at NEO Philanthropy, a fiscal clearinghouse organization serving left-wing causes. [33] From 2008 through early 2019, the Bauman Family Foundation gave $7,852,000 to NEO. [34]

Bauman is the board vice-chair[35] for Democracy Alliance, a collaboration of wealthy donors who provide support for many of the same left-wing causes Bauman and her foundation are affiliated with, such as Catalist, Media Matters for America, Brennan Center for Justice, Center for Community Change, Economic Policy Institute and Working America Education Fund. [36]

Bauman is on the board of managers[39] of Catalist, a data firm that was purpose-built to serve left-wing campaigns and organizations. Catalist has close ties with the Democracy Alliance. [40]

The Bauman Family Foundation was created by Patricia’s father, Lionel R. Bauman. She became president upon his death in 1987. He left his entire estate to the foundation. The mission statement makes clear the giving pattern will be skewed heavily toward left-wing “progressive” causes. [41] As of June 2017 it reported net assets of $51 million. [42]

The following are some of the total donations (2008 through early 2019) from the foundation to several left-wing organizations:

Bauman Foundation staff and board members[59] have the following affiliations to these organizations:

During the six election cycles from 2008 to 2018 Bauman personally gave more than $1.7 million to federal candidates and committees supporting the Presidential campaigns of Hillary Clinton, Barack Obama, other prominent Democrats seeking the White House, and also more than a dozen Democratic U.S. Senators, members of Congress, and candidates for office. According to Federal Election Commission records, she gave the following amounts to federal candidates per two-year federal election cycle:

Bauman’s nearly $951,000 in federal political giving during the 2016 U.S. Presidential election represents more than half (55 percent) of her total giving for the six campaign seasons and more than six times as much as she gave in any of the other five cycles.

More than half of her 2016 donations ($500,000) went to the Women Vote! super PAC, part of $36.7 million the committee raised and $33.9 million it spent that cycle. [66] Women Vote! made independent expenditures for the election of female Democrats and against Republicans in 2016, with the largest share of spending ($11.5 million) dedicated to the U.S. Presidential general election (expenditures either in support of Hillary Clinton or opposed to Donald Trump). [67]

These two donations – $605,000 total – comprised one-third of the nearly $1.8 million Working for Us spent during the 2016 cycle. Nearly all of the spending for Working for Us (almost $1.7 million) was independent expenditures supporting the U.S. Senate campaign of then-U.S. Rep. Donna Edwards (D-Maryland). [70]