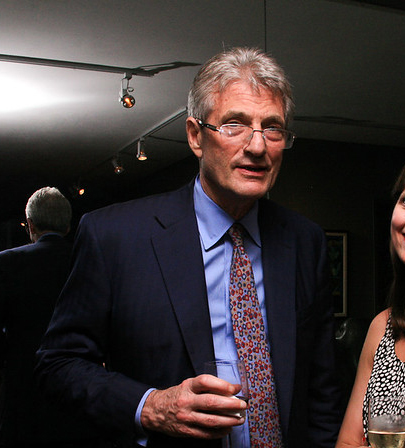 Orin Kramer is a hedge fund manager and a Democratic Party fundraiser. He also served in the Carter administration on the White House domestic policy staff.

He has also served on various commissions for Democratic governors across the country. Kramer is also on the board of directors for the Center for American Progress Action Fund[1] and the Climate Reality Project. [2]

In the 1976 presidential election, he was issues director for the Jimmy Carter campaign. [4] In 1977, he entered the Carter administration as an associate director on the domestic policy staff. He became the administration’s point man on New York’s fiscal crisis. [5] He left the administration when it ended in 1981.

Kramer has become a prolific fundraiser for Democratic candidates. He was a major donor to Al Gore’s presidential campaign. During the Democratic National Convention in 2000, Kramer caught the attention of Secret Service agents by laying down on the ground and using his backpack as a pillow. [7]

Kramer was made a national finance chairman of John Kerry’s presidential campaign. In 2004, at a dinner with Kerry he was reprimanded by the host for leaving the table and taking a mid-meal walk without explanation. [8]

He became close to then-New Jersey Governor Jon Corzine (D). Corzine made him chairman of the New Jersey State Investment Council, putting him in charge of the state’s $82 billion public pension fund. [9]

In the 2008 presidential race, Kramer shocked many by becoming a fundraiser for Barack Obama. Kramer was introduced to Obama in 2003 and had lunch with him. The two men stayed in touch, even contacting Kramer to praise an article he wrote on tax policy for the American Prospect. Despite being courted by the Hillary Clinton campaign, Kramer decided to raise money for Obama. [10]

After Obama’s election victory in 2008, Kramer became known as a man who could help former Obama administration staffers transition to the private sector. In 2012, former Obama “body man” Reggie White received money from Kramer to help his transition out of the White House. Kramer told Buzzfeed that White was not on Boston Provident’s payroll. [11]

In the 2012 election, Kramer raised over $2 million for the Obama reelection effort. He also co-hosted a party for many in the financial industry at the 2012 Democratic National Convention. [12]

In the 2020 presidential election, he became a fundraiser for South Bend, Indiana Mayor Pete Buttigieg. The decision to back Buttigieg was seen as a blow to U.S. Senator Cory Booker (D-N.J.), whom Kramer had backed in the past. [15]

Kramer was among a group of Democratic donors who blasted potential independent presidential candidate and former Starbucks CEO Howard Schultz. “Wouldn’t want to own Starbucks if he did it,” Kramer said in a CNBC article. “Starbucks is disproportionately in urban areas, and 40 percent of urban areas hate this guy [Trump]. “This guy is giving Trump a gift, and there is no contrary interpretation.” [16]