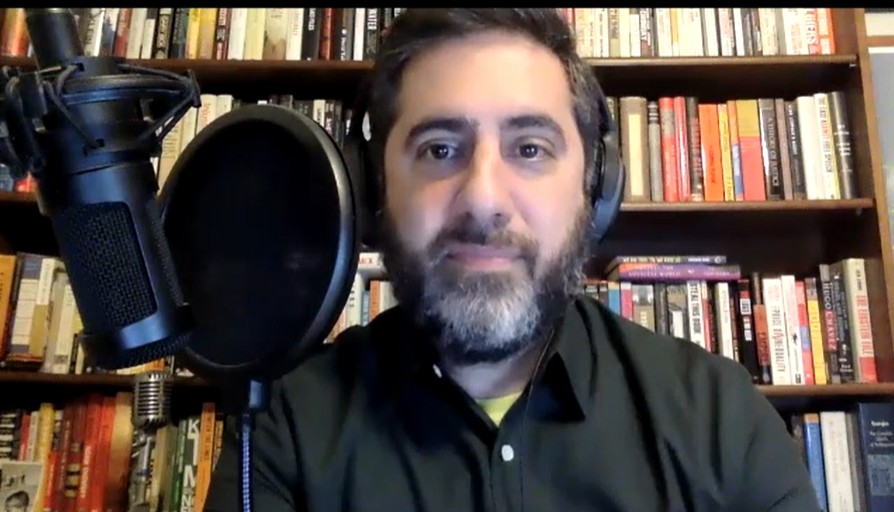 Nima Shirazi is a vice president at Spitfire Strategies, a Democratic-aligned political consultancy. He also sits on the board of the left-of-center Proteus Fund. He previously worked as a communications strategist for Atlantic Philanthropies and as a senior fellow and founding member of the Narrative Initiative.

As a regular foreign policy commentator, he has accused Israel of violating international law and complains that the U.S. and the West support “Zionist mythologies.” He has also defended Iran and complained about “fear-mongering over a phantom Iranian nuclear bomb.” [1]

Shirazi is a native of New York City and was at one point a touring rock drummer. [3]

Shirazi is vice president of communications firm Spitfire Strategies, a Democratic-aligned political consultancy based in New York City. [4] At Spitfire, he directs strategy, campaign, and message development for clients that he says are dedicated to defending civil rights and dismantling government surveillance and discrimination. [5]

Shirazi is a member of the board of directors for the Proteus Fund. [6]

Shirazi is a member of the Gulf/2000 Project, a forum sponsored by the School of International and Public Affairs at Columbia University. [7]

Shirazi previously was a senior fellow and founding member of the Narrative Initiative, a training and network-building organization that is a project of the New Venture Fund in the Arabella Advisors network. [8]

Nima Shirazi is the co-host with Adam Johnson of the media criticism podcast, Citations Needed. Citations Needed was a 2020 Webby Awards Honoree. [10] His blog is titled “Wide Asleep America.” [11]

He was the co-curator of the defunct satirical Tumblr, “Mr. Friedman, could I ask you a question?” The blog mocked New York Times columnist Thomas Friedman. [14]

Shirazi was formerly an editor-at-large for Muftah, an online foreign affairs magazine. [15] While working at the magazine, he also held the positions of co-editor of the Iran, Iraq, and Turkey sections. [16]

Shirazi is a regular commentator on Middle East issues. He accused Israel of violating international law and complains that the U.S. and the West support “Zionist mythologies.” He has also complained about anti-Iran bias in the U.S. and the West, which he has described as “fear-mongering over a phantom Iranian nuclear bomb, a manufactured specter of death and destruction promoted by the U.S. and Israel.” [17]

He also said that Israel has been “getting away” with threatening military aggression toward Iran for decades. He has described Iran as “one of the only nations in the world that refuses to back down from its own inalienable rights in the face of Western, namely U.S., pressure.” [18]

In 2018, Shirazi signed a letter to the European Commission asking leaders to save the Iran nuclear deal, also known as the Joint Comprehensive Plan of Action, which temporarily lifted sanctions on Iran. [19]