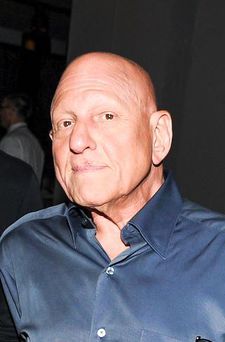 Nicholas (Nick) Pritzker is a member of the Pritzker family, one of America’s richest families. His net worth is $2.8 billion as of February 24, 2022. [1]

Pritzker joined Hyatt Hotels, which was founded by members of the Pritzker family, leading hotel development for most of his career. In 2002 he started moving to board memberships and investments. He founded Tao Capital, which invests in sustainable energy and disruptive technology businesses, Clean Energy Trust (now Evergreen Climate Innovations), which invests in clean energy companies in the Midwest, and Libra Foundation, which supports nonprofit organizations led by low income people of color, with a focus on criminal justice, environmental and climate justice, and gender justice.

Pritzker regularly donates to Democratic candidates and left-leaning causes. In 2020 his donations were focused on protecting the Democratic majority in the House of Representatives and supporting Joe Biden’s campaign for President. [2] [3]

Pritzker is a cousin of the late Jay Pritzker and his brothers Donald and Robert, who built the Hyatt hotel chain. [4] The Pritzker family is listed #9 in Forbes America’s Richest Families 2020 ranking with $32.5B net worth as of December 20, 2020. [5]

Pritzker earned a bachelor of arts/science at Lake Forest College and a doctor of jurisprudence at the University of Chicago. [6] He was admitted to the bar in 1975. [7]

Pritzker joined Hyatt Hotels in 1978 and led new hotel development, but he has since sold most of his Hyatt stock. [11] He worked as vice-chairman of the board until his retirement in June 2009. [12] He has shifted his attention and investment dollars to advocacy-philanthropic causes like environmentalist energy and criminal justice reform. [13]

In 2002 Pritzker founded the Libra Foundation and is the chairman. [17] [18] The Libra Foundation supports nonprofit organizations led by low income people of color, with a focus on criminal justice, environmental and climate justice, and gender justice. [19] Grantees include Black Voters Matter, which works to increase black voter involvement; Operation Restoration, which provides support to previously incarcerated women; Groundswell Fund, which supports left-of-center activist organizations led by women of color; and URGE: Unite for Reproductive & Gender Equity, an activist organization focused on sexual and reproductive reform for young people. [20]

Pritzker’s wife, Susan, and son Regan are co-presidents of the Libra Foundation. Sons Jacob, Isaac, and Joseph are directors. [23] [24]

Inside Philanthropy referred to Pritzker as a “Builder,” an heir who is using family wealth to create and run their own foundations or have greatly expanded on an existing foundation. [25]

Pritzker is a board member of JUUL Labs, a San Francisco-based e-cigarette company. He was named in a lawsuit for deceptive marketing and messaging targeting youth and allegedly contributing to a youth vaping epidemic in Colorado. [28] In total there are 18 cases in a multidistrict litigation over claims that JUUL and other e-cigarette companies fueled a youth addiction epidemic. JUUL Labs founders and board directors are included in some of the lawsuits. [29]

Pritzker and his wife, Susan, donated $318,800 to Joe Biden’s 2020 presidential campaign. [30] In 2020, Pritzker donated $198,404 to several Democratic candidates and left-leaning causes, including $84,000 to the House Victory Project and donations to thirty-seven individual Democratic candidates. [31] The House Victory Project was formed in 2018 to raise money to support 24 Democrats running for Republican-held seats and help the Democratic Party win control of the House of Representatives. [32]